On a recent monitoring session in Liwonde I headed out with the two rhino trackers, hoping to see one of two female rhinos. We drove for nearly 1.5 hours, trying to find signal for one of the females, before deciding to check for the other. The rhinos in Liwonde can cover huge distances overnight, so occasionally we may not get within range to pick up a signal.

The first scan for the second female was successful. She was quite close, so we followed the signal with the vehicle. Once we were within reasonable walking distance, we set off on foot in order to minimise disturbance to the rhino. This female is known for being particularly alert so we were extremely vigilant with checking the wind direction and treading lightly. We followed the signal and reached a stream bed, with extremely dense pockets of vegetation. I signalled to the trackers that she must be in one of the thickets, so we approached very carefully. The trackers whispered that they could see the female and that, strangely, there was a warthog with her.

After a few minutes of peeking through the branches, the trackers turned to me, their eyes lit up and huge smiles across their faces. They both mouthed, “BABY!” The warthog was actually a new-born rhino calf, no more than a day old. This was an incredible sighting. We silently watched as it suckled, before deciding to leave them both in peace. I’ll never forget that drive back to camp, full of excitement and happiness. This calf is the first in 3 years, a great sign of hope for the Liwonde black rhino population. 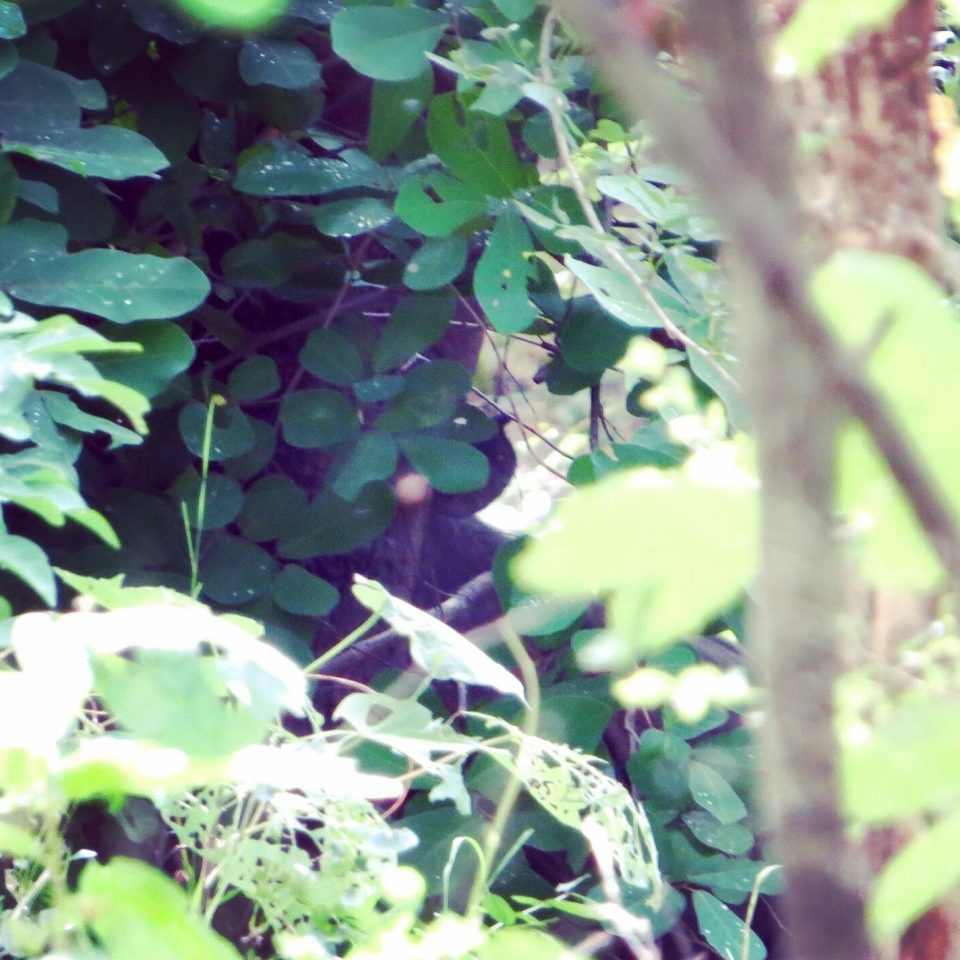 This little ear belongs to the newborn rhino calf in Liwonde. It was so special to see it suckling, protected by the huge body of its mother.

Click here to find out how you can volunteer with black rhino in Liwonde, Malawi.