Monday was a great day for the Thanda Cheetah population as a new female was released onto the reserve. The three year old cat was born at Mountain Zebra National Park and came to Thanda via the Hoedspruit Endangered Wildlife Center. Faye Peters and Phillip Lennon from the popular South African TV program 50/50 documented the event. The Thanda wildlife team (led by Mariana Venter) with the help of specialists from Wildlife ACT (led by Michelle Swemmer and Dr Simon Morgan) worked for seven hours to convince the young lady to leave her boma (A boma is an enclosure in which animals are normally kept at full board from the time of arrival at Thanda to their release onto the reserve). The Thanda wildlife team and researchers will be monitoring the animal for the next few months to see how she does  in her new home.
Help the Wildlife ACT Fund with their Cheetah conservation projects by donating here: GivenGain 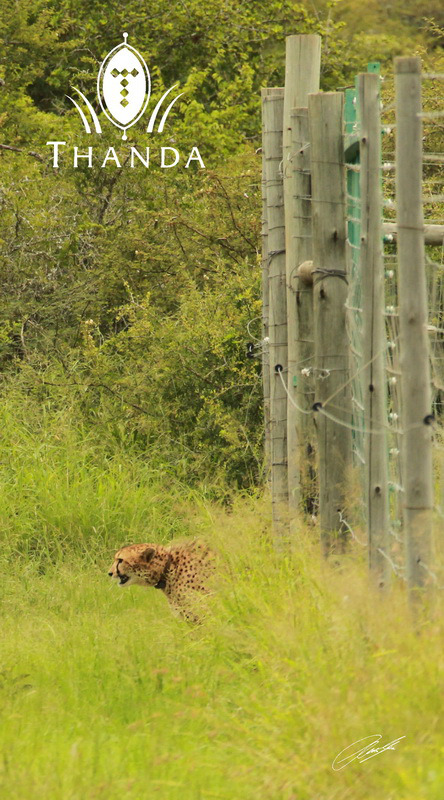 Her first steps out of the boma – photo courtesy Christian Sperka 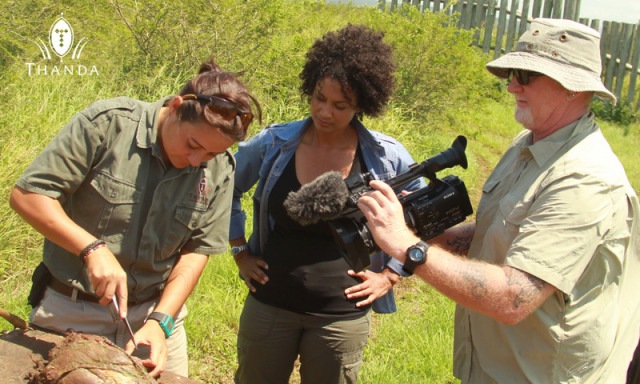 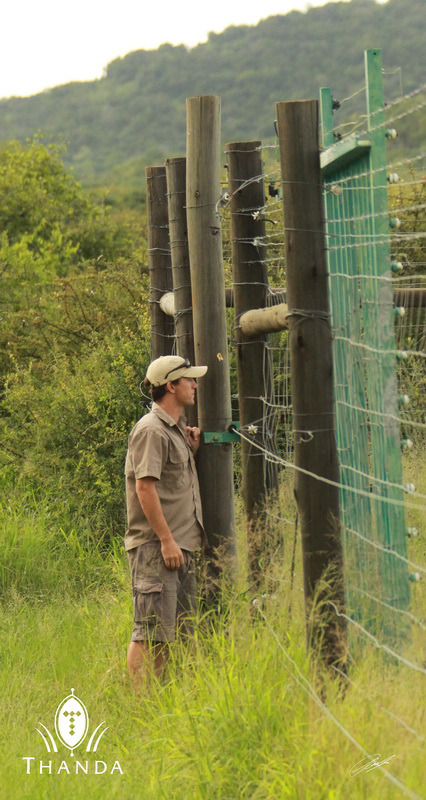 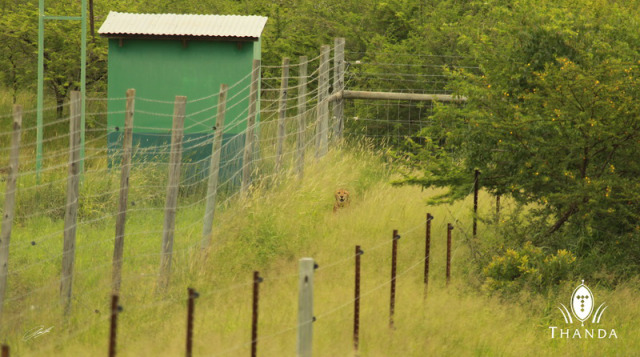 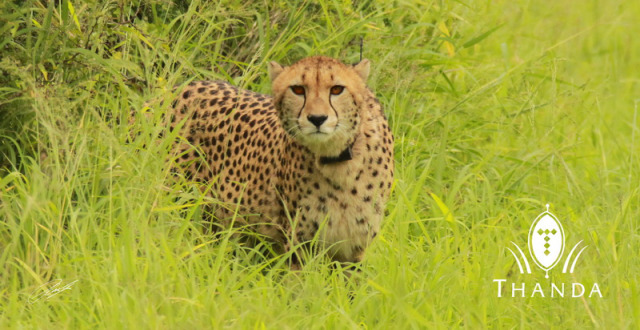 A portrait of the lady! – photo courtesy Christian Sperka 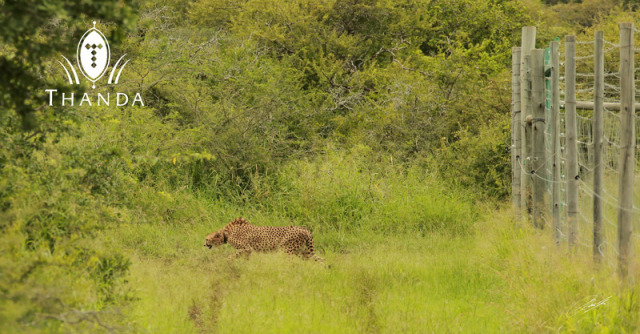