On our second day of monitoring in iMfolozi we went in search of Alfie’s pack, one of the wild dog packs on the reserve. We were delighted to find them just before 08:00am, but horrified to notice that one of the collared wild dog males had a terrible injury. He had a very nasty wound on his rear end, which looked very fresh. We took as many photos as we could and observed them for around 30 minutes until they returned to the bush. Using the field guide we were able to identify him as Iso. 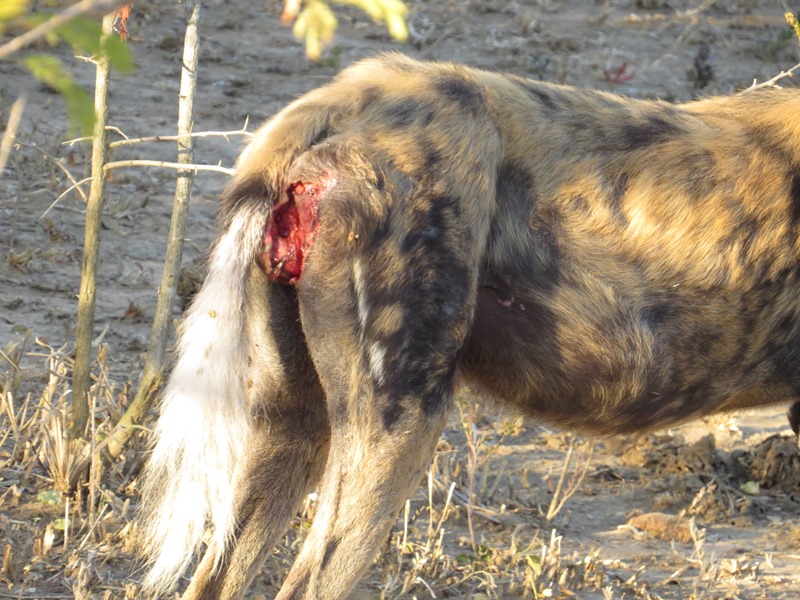 Our wildlife monitor, Kelsey sent the photos to the vet who replied that we should watch this dog closely over the next few days and see if he was able to recover on his own. Luckily we found him most days, and at first he seemed to be getting better. Then after almost a week, his stomach became enlarged and he started to limp, he was falling behind the pack. We kept the vet updated and on day 8 she determined it was time to come and pay him a visit. The pressure was on for us to find him and using the telemetry we did. The vet got a good close up look and the decision was made to dart him. Thus a call up was arranged for the next morning.

We all arrived nice and early on Friday July 1st and found the wild dogs very quickly, as they were close the boma. The bait was chained to the tree, the call up sound was played and the wild dogs all came in on cue. The vet waited patiently for her opportunity and then took the shot, it was a perfect hit. Ten minutes later and Iso started to wobble, eventually going down just a few yards in front of our truck. The vet, assisted by former Wildlife ACT monitor Megan Lategan treated him in the field, draining a lot of fluid from his stomach, cleaning his wounds and administering anti-biotics. The vet said that because of the oedema (fluid retention) the next few days would determine his fate. Thankfully he pulled through and is healthy once again, his life was saved. 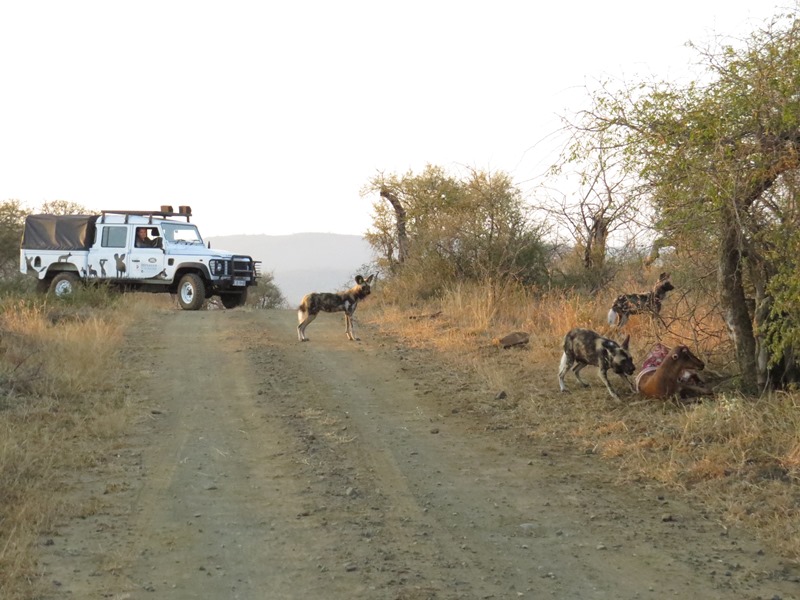 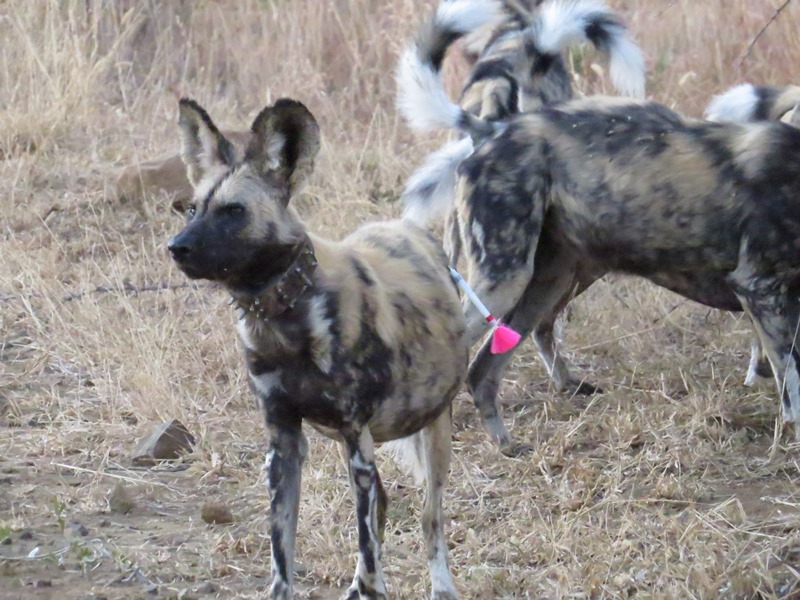 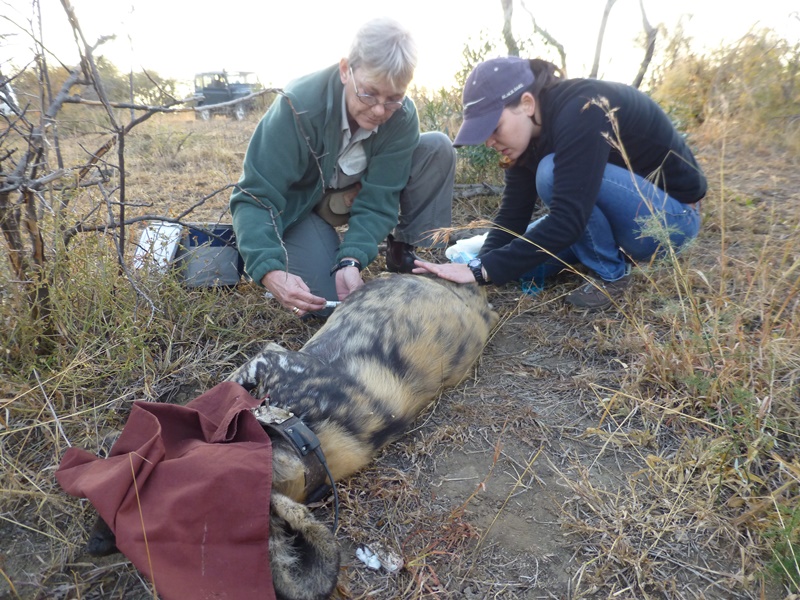 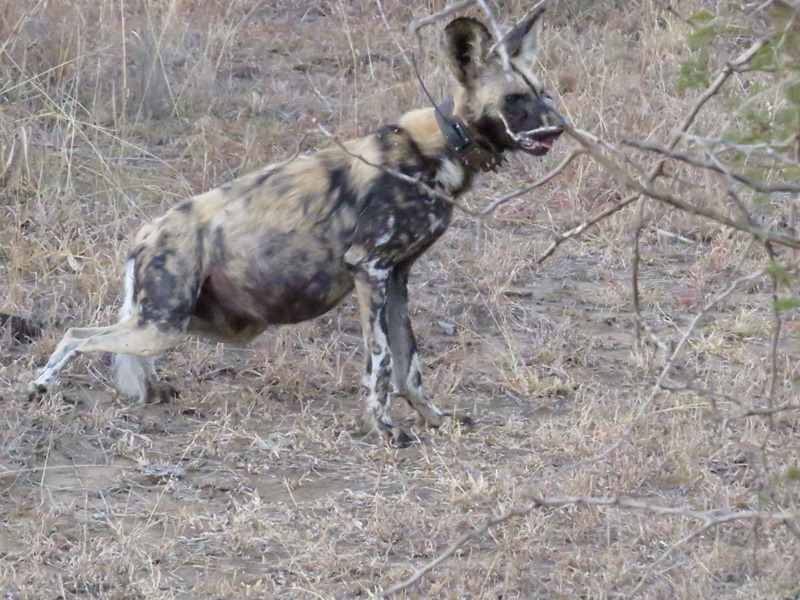 This story demonstrates just what an important role the Wildlife ACT conservation volunteers play. Without us monitoring endangered species on a daily basis, Iso would certainly have died. It really is a fabulous feeling to know that we made a difference and we will definitely be returning to Zululand in 2017 to help out again.

Text & Photos by Nigel and Sally Ritson, with friends John and Paula Routledg. Thank you to David Marneweck from the Endangered Wildlife Trust for his support.