On the 29th of October 2016, six African Wild Dogs from Hluhluwe-Imfolozi Game Reserve were successfully moved to their new home in Balule Nature Reserve – a protected area in Limpopo Province that forms part of the Greater Kruger National Park. This wild dog relocation wasn’t an easy task and involved hours of careful planning to ensure that the whole operation went smoothly and successfully. 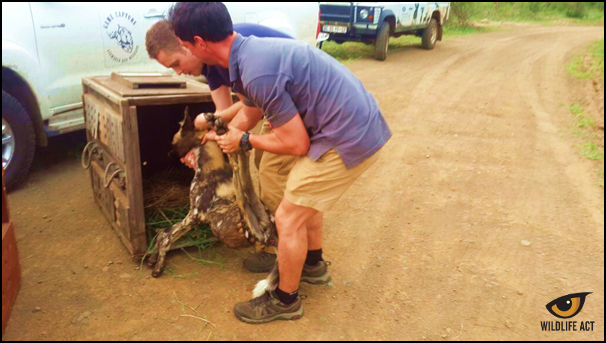 With the help of 3 veterinarians, several experienced personnel, 2 transport vehicles, and 6 transport crates, the operation was made possible. The 6 individuals consisted of 2 females from Mphafa Game Reserve, and 4 males from Hluhluwe-iMfolozi Park. They were all safely immobilized and placed in separate crates. 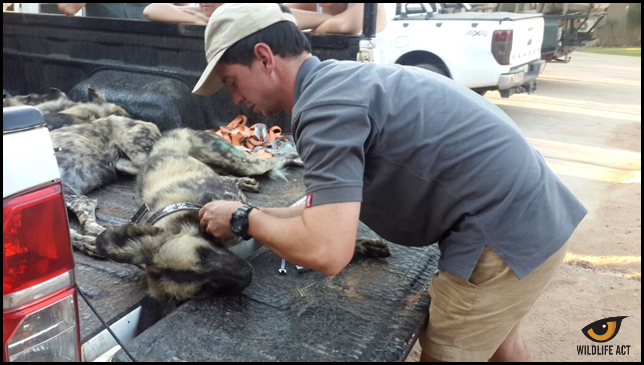 After a long journey the six African Wild Dogs were released into a temporary holding boma to allow for bonding and time to acclimatize to their new home. They were released this week after successful bonding and the individuals are now moving together as a pack. These dogs are a great addition to the Greater Kruger Park Wild Dog population! 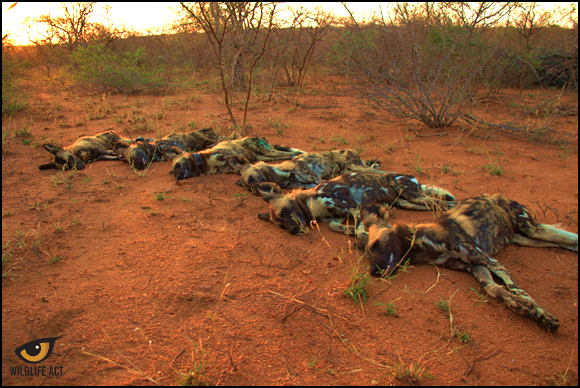 A special thanks to veterinarians Dr Dave Cooper, Dr Rowan Leeming and Dr Shaun Beverley, Ezemvelo KZN Wildlife, the Endangered Wildlife Trust, and of course all our supporters who made this possible. A huge thanks as well to Mphafa Game Reserve for their support with such reliable temporary holding of these endangered species.