The Khwai Team had an exciting morning using their newly found tracking and bush skills. During a morning monitoring session quite a commotion could be heard coming from the bushes, from francolin, squirrels and guinea fowl. The team sat and listened while a flock of vultures soundlessly arrived on the scene from above. Just as investigations began into the noises of our feathery friends and how best to identify them, a young cheetah darted out in front of the team. Upon spotting the vehicle, the cub dashed away into the tall grass to the south of us. 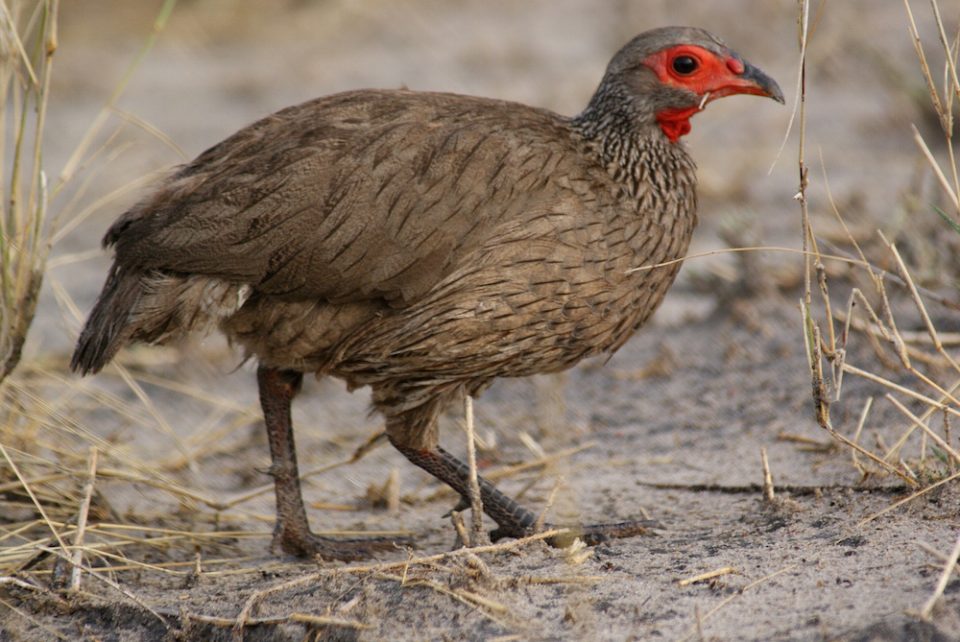 The Swainson Spurfowl (previously called Francolin) alarm call for numerous threats, including snakes, raptors and larger predators who they fall prey to.

It was soon decided that where there were cubs, there should be a mommy cheetah nearby. Thus the search was on for the adult cheetah. Following the alarm calls, the team made haste through some thick bushes, eyes scanning attentively. The team then picked up some cheetah spoor, giving them a direction in which to search. 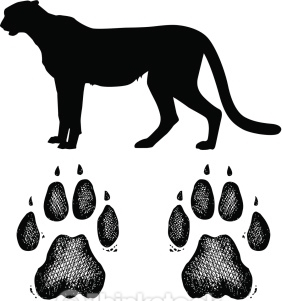 Cheetah, while being cats, are not able to retract their claws. They are the only cats that show claw marks in their spoor, sometimes being mistaken for other predators, such as wild dog.

As the team popped out of the dense bushes, the female was spotted on the other side of the clearing, panting and nervously gazing all around her. She began calling in soft bird like chirps, known as chirrups, before darting off into the bushes in the direction of the escapee cub.

The team snaked around the thicket and came out on the floodplain just as the female emerged, still calling and looking anxiously around her. Unfortunately, she started making her way north in the opposite direction we had seen the cub moving. Suddenly, another cub darted out from a thorn thicket to the north, happy to be reunited with its mother but extremely nervous of the vehicle…most likely its first time encountering such a beast. 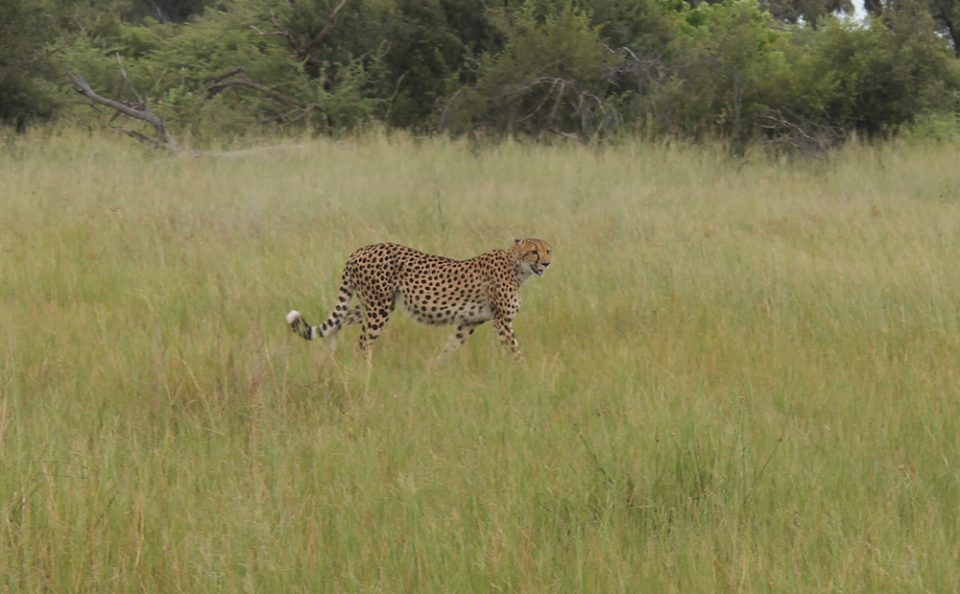 The female still searching for her cub, but very relaxed around the vehicle giving us good opportunity to get ID pictures of her right flank.

The female cheetah continued calling and searching for the next hour that we were with her, unfortunately still heading in a northerly direction. Despite the excitement of the morning’s events the team were a bit sullen having witnessed a young cub being separated from its mother – although the reasons for the separation remained a mystery.

Early the next morning while heading to a bird transect we came across the female cheetah again and found with her not just 1 but 2 cubs! 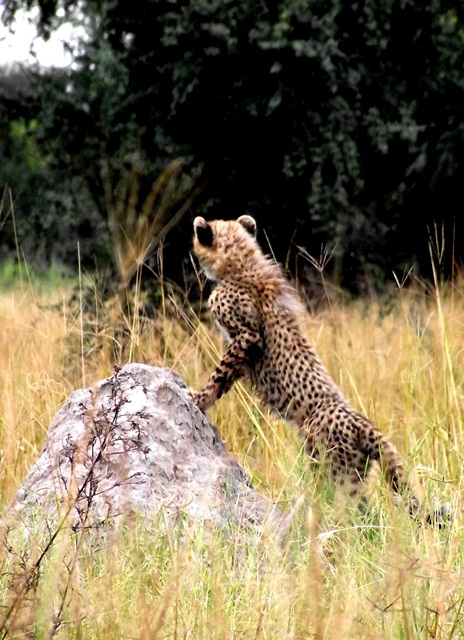 The cheetah cub searching around for its mother.

The Khwai team are looking forward to seeing this female again and hopefully with her two cubs, who will be a bit older and wiser to the ways of the bush.