After an entire morning of searching for the pride, they were finally discovered in the afternoon in an area just north of Ezinaleni. All our prebuilt and prepared call-up sites were stationed further north in their usual territories so we had to find and set up a site quickly. Fortunately, due to a controlled burn earlier in the year the area was open and clear so it was much easier to set up the site.

Just before the sun went down we were ready and hoping for a particular group of five lions – Apollo, Moya, Nala, TEPF47 and TEPF29. As the sun set we started calling and all five came in quickly and quietly. Within a short period, four of the five lions were darted by two wildlife vets who graciously volunteered their time. Moya, the oldest female in the group, was far more canny and it took a further two hours before she came closer and could be darted. The lions were quickly transported to the boma where they were kept under close observation for three days as results for the TB (Tuberculosis) tests were being processed. 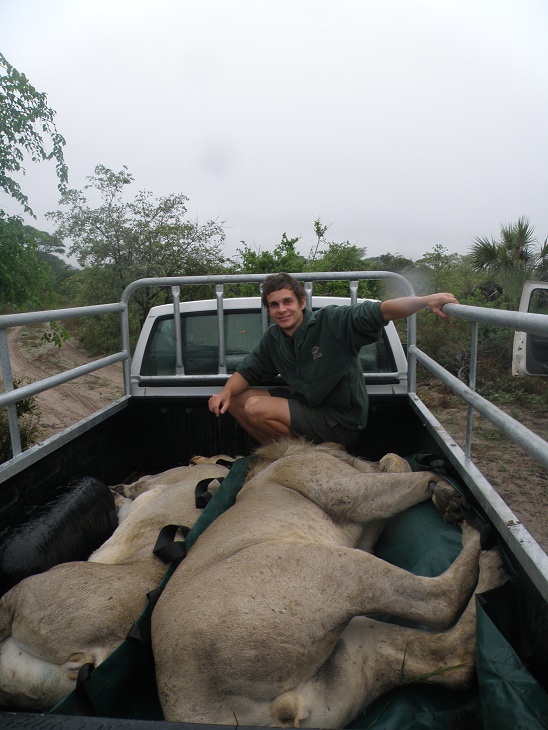 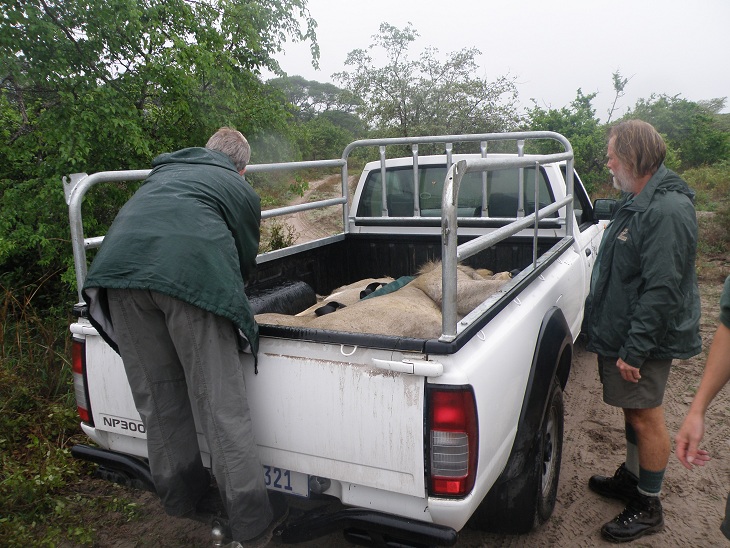 The Tembe lions, once darted, are transported to the boma.

Mufasa, a large dominant male in the area, spent the next few days outside the boma keeping a watch on the new arrivals and making our task more treacherous. Luckily, the rains came and he moved off on the day the negative results of the TB tests allowed us to re-dart and transport the lions to their new home. Once again, Moya, proved to be difficult and ended up passed out in the top of the tree in the boma. We managed to lower her carefully due to some MacGyver-like ideas from the park manager and then they were safely off.

Moya, proved to be difficult and ended up passed out in the top of the tree in the boma.

KZN Wildlife staff from the local community also had a chance to see lions close up for the first time. Despite the torrential rain and muddy roads, the hard work put in by all Ezemvelo KZN Wildlife staff, Honourary Officers and vets and the Wildlife ACT conservation volunteers got the pride safely to their new reserve. 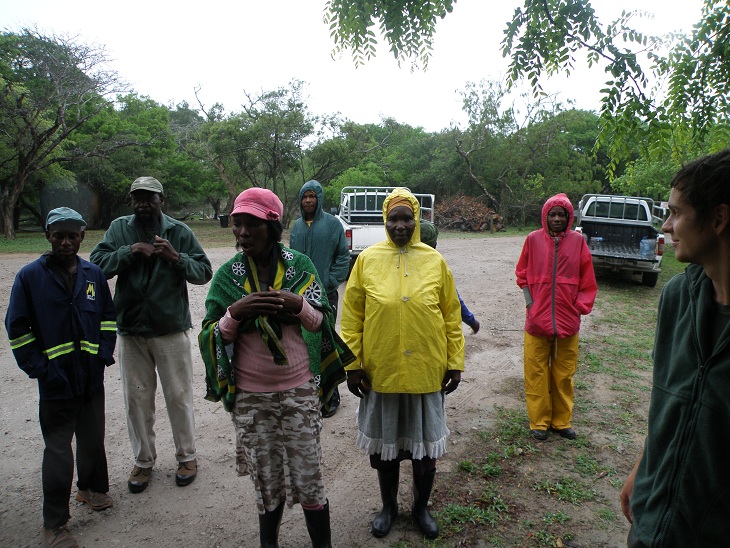 Ezemvelo KZN staff from the local community also had a chance to see lions close up for the first time.