This week in Hluhluwe, South Africa, the wildlife volunteers not only got see a pride of 6 lions on a buffalo kill, but we also got to see the Crossroads wild dog pack with, a now confirmed, 11 puppies.

The lions brought down a sub-adult buffalo, only 100m from the road. This pride had not been seen in the Hluhluwe area for a long time. So this was a very important sighting to gather data, such as sex ratios, numbers and conditions of the lions for Ezemvelo KZN Wildlife. A few nights later, we attended a lion call up to try and habituate the pride, making them easier to dart for research and collaring. 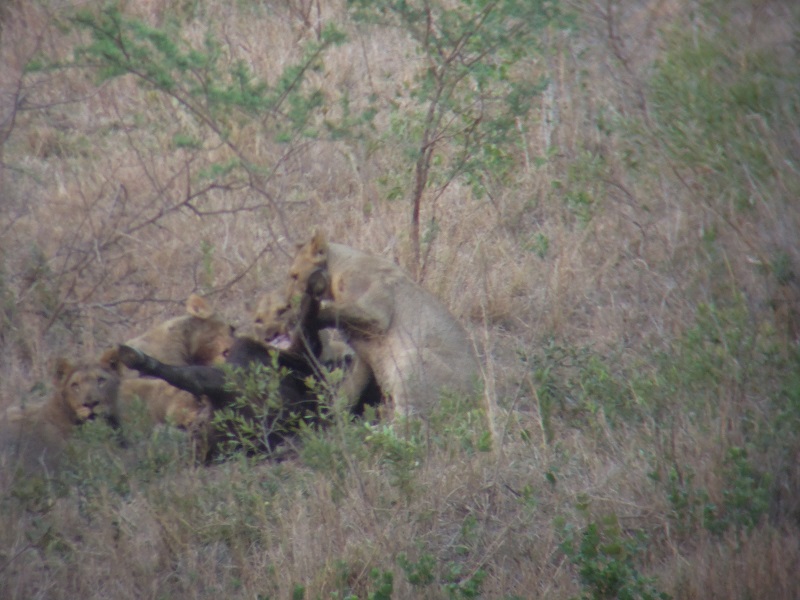 Later in the week, we went in search of the wild dogs, the elusive Crossroads pack. We saw 4 adults from the pack on the Monday, and they had just made a kill on the mountain side.

On Tuesday, the signal for the dogs was found in the same area but they were moving. We followed the signal to a large open grassy area and 4 adults were spotted playing by the river. As the vehicle pulled up to see over the side of the river bank – a sea of puppies was waiting for us. 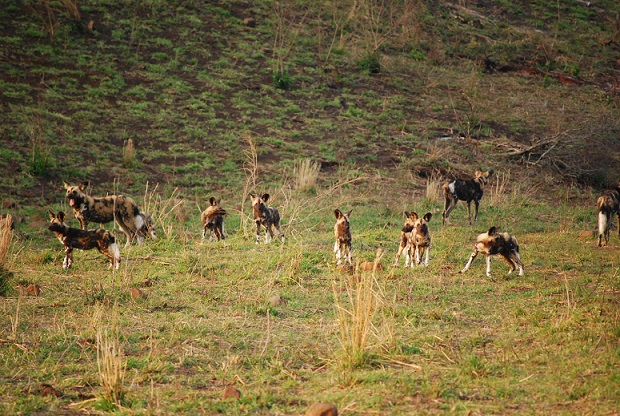 They were all scattered through the long grass with the adults. Initially they ran away from the vehicle but in another grassy area further along the road, we could see them clearly and they started playing around the vehicle. With this sighting we could confirm 7 adults and 11 four month old puppies, a healthy pack of 18 wild dogs for Hluhluwe. 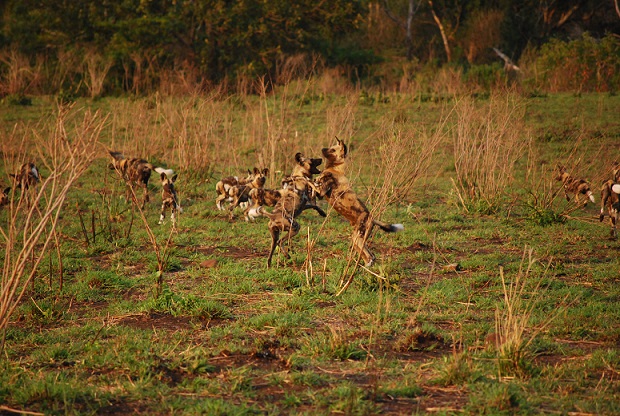 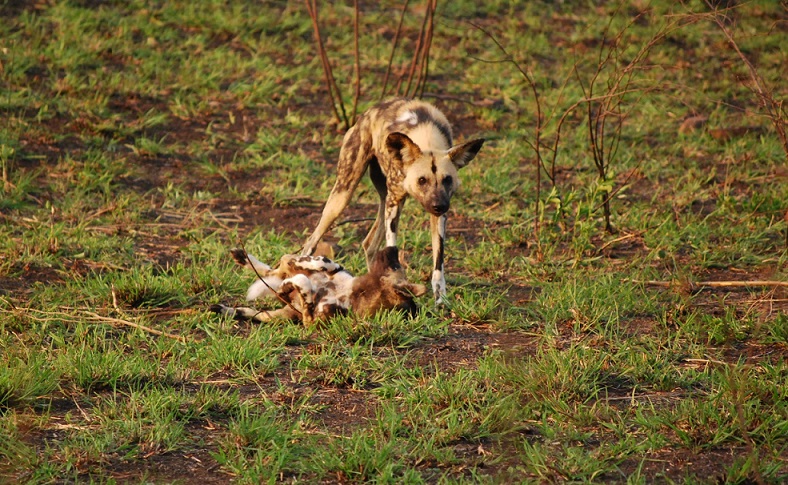 On the way back to the Hluhluwe research camp the very same day, whilst stopping for a tea break, a martial eagle was seen flying over a nearby mountain hunting a nyala lamb. The eagle came so close to catching the lamb, but mum and lamb managed to get away just in time.

It was an absolutely exhilarating week for the wildlife volunteers of Hluhluwe, we’re looking forward to the next one.