The hitch-hiking genet is back and once again this little fellow has created quite a scene for the cameras…and you won’t believe what its up to this time!

It was first seen riding buffalo, and then the camera trap captured the hitch-hiking genet on rhino, now it seems the genet just can’t decide. It seems that there could be a bit of a ‘love triangle’ here between the genet, the buffalo and the rhino…

At the end of August, all three species were captured in one camera trap image! 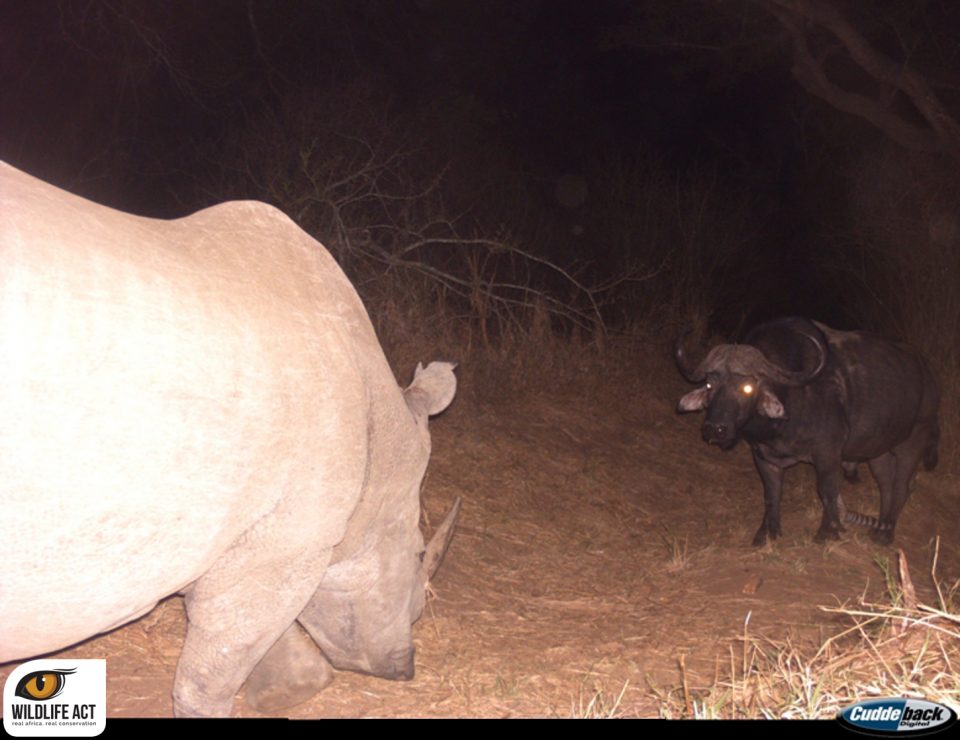 Can you spot the hitch-hiking genet hiding just behind the buffalo’s legs above? But then a few nights later, he seemed to be back with his first love, the buffalo! 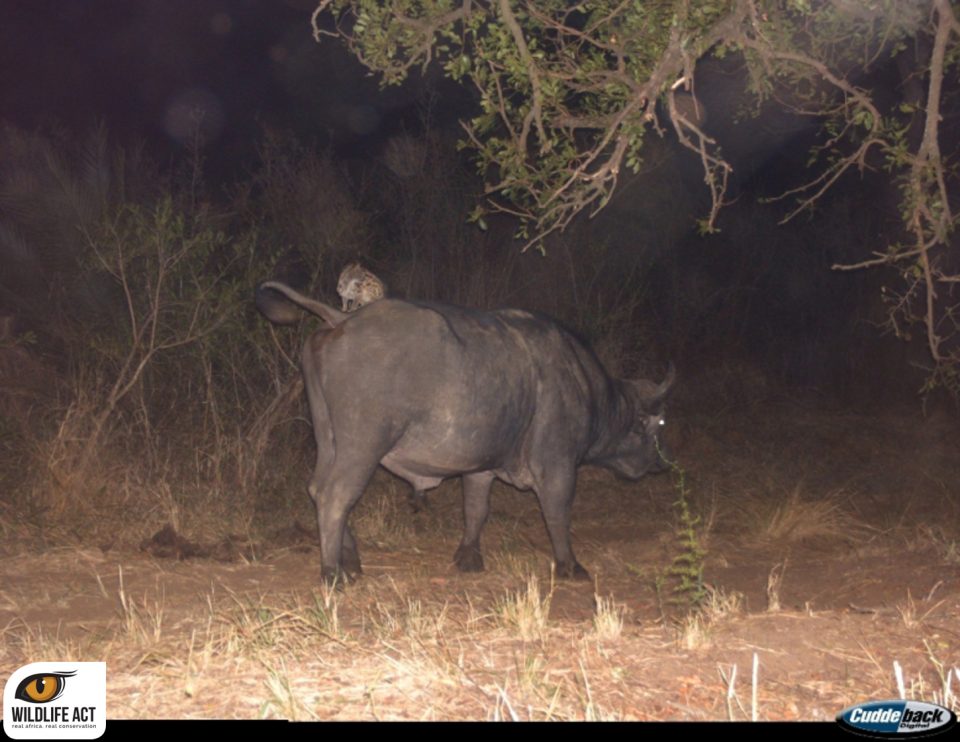 Maybe it’s the fame and love of the camera but it truly seems like these two large herbivores are vying for the genet’s attention!

Keep an eye on our blog to find out what this crazy genet will do next. (The genet even has his own Twitter account: Genet Jackson @genetjackson)

The one thing we do know for certain now is that it is the same genet in every photo. Our skilled wildlife monitor Cathy Hue from the Hluhluwe has had a very good look at the photographs that show similar angels of the genet and has confirmed that it is in fact the same hitch-hiking genet we are seeing riding the large grey herbivores.

Wildlife ACT uses the images from the Hluhluwe camera traps to assist Ezemvelo KZN Wildlife to monitor endangered and priority species in Hluhluwe-iMfolozi Park in South Africa. Now while the genet is certainly not endangered in South Africa, it has managed to cause quite a stir on our camera trap footage. Our hitch-hiking genet even managed to get itself a mention on National Geographic.

“We are not sure what is happening here. Looking at the photos you can see that in some the genet is literally going along for a ride, while in a few others the genet is near the head and could be picking ticks of the animals ears perhaps? It could be similar behaviour to cattle egrets which go for a ride and wait for the large animal to flush insects, so in this case the genet could be using this vantage point to spot small prey items being flushed by the buffalo or the rhino.”

So it seems that there are many possible reasons for this unique behaviour.