Our Hluhluwe volunteer crew decided to make some classic Mac ‘n’ Cheese from the Wildlife ACT recipe folder. We were going to make some Poutine (Fries and cheese with gravy on top) but we got too lazy…

So to start off, we obviously needed the ingredients: 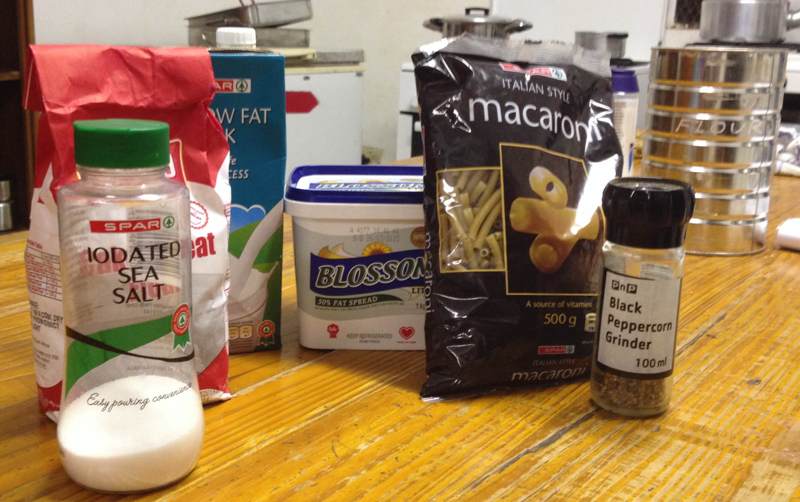 We first boiled some water for the pasta (since it takes the longest), and obtained the ingredients while it boiled. Unfortunately, for us at the Hluhluwe Research Camp (South Africa), we do not have a scale to weigh the ingredients, so we resorted to some very interesting tactics in order to get the 70g. For the margarine, the container stated that it was 1kg and since it was unopened, we cut the margarine into tenths. We then cut off roughly 30% of one of the tenths so that we ended up with approximately 70g of margarine. We somehow managed to get the 70g of margarine. 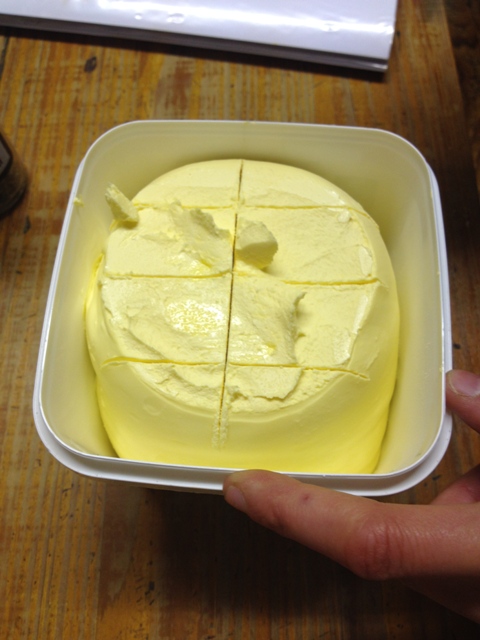 However the 70g of flour proved to be even more of a challenge – since we couldn’t cut it like the margarine. We decided to utilize the known mass of the margarine and compare it to the flour by putting the two on identical plates and weighing them on our hands. It was pretty ridiculous but it somehow worked. 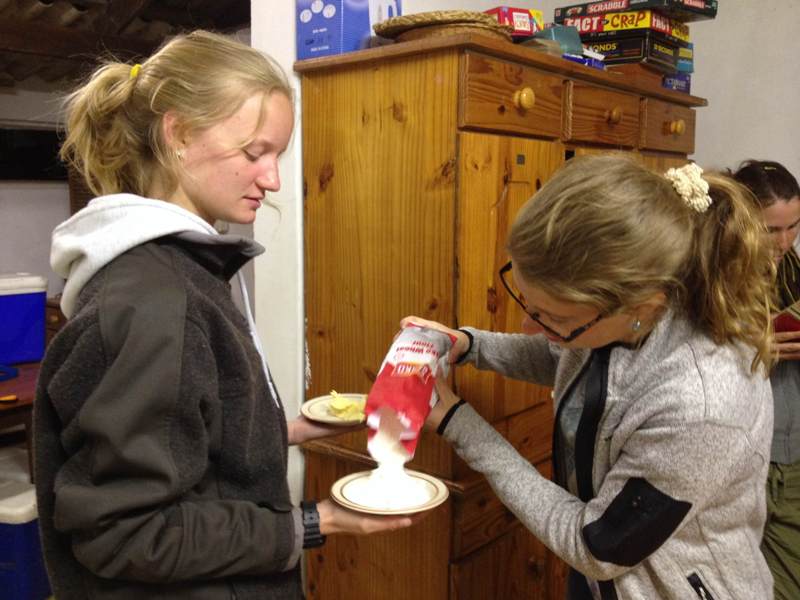 Once the water had boiled, we poured the pasta into the water and stirred occasionally. While the pasta cooked, we made the white sauce. 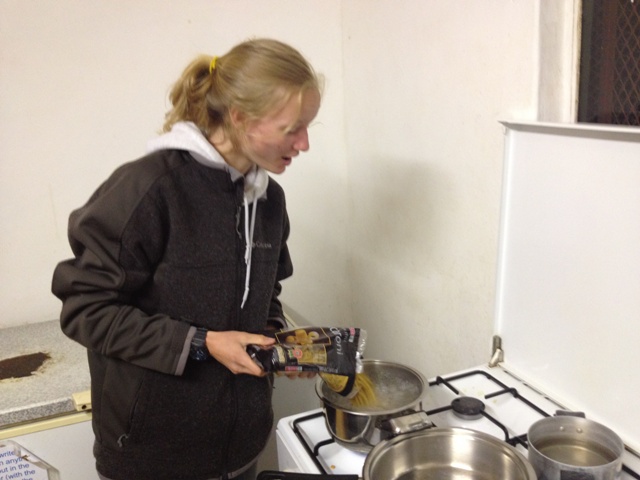 One member obtained a large pan and put the heat on low. We then let the margarine melt in the pan and once it had melted, turned off the heat and poured the flour in. 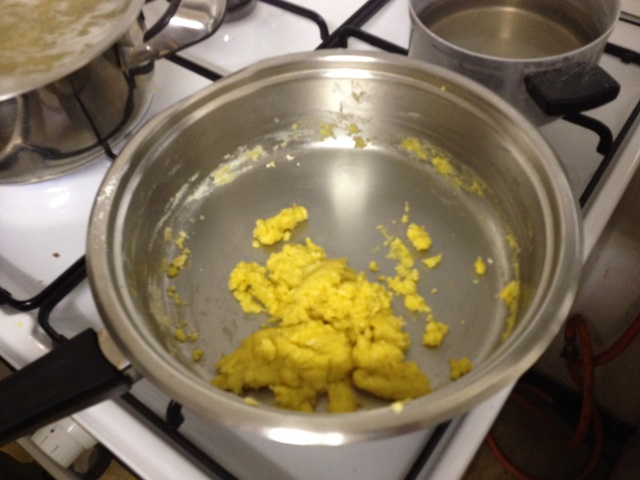 Then bit by bit, we added the milk in to make sure no chunks formed. We turned the heat back on low but we had to make sure to stir constantly or else the chunks would form again. The white sauce ever so slowly became liquid and we let it boil so that it thickened (still stirring constantly).

One of us checked on the macaroni, which was cooked – so she drained the water and poured the pasta into a pot. Once the white sauce had thickened, we added half the grated cheese into the sauce and poured the sauce onto the pasta. 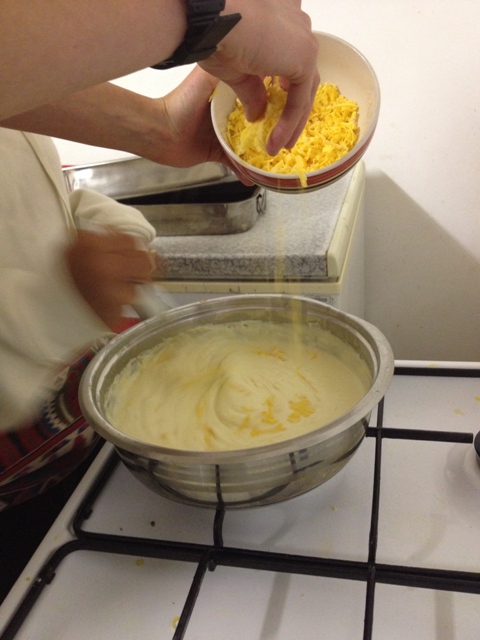 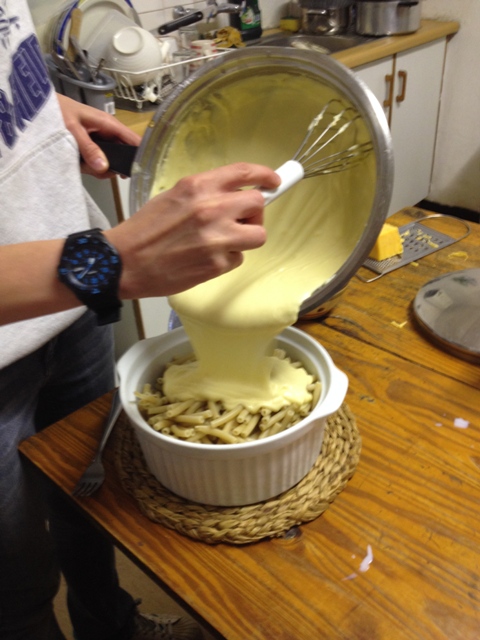 For the final touch and some extra cheesiness, we added the rest of the grated cheese on the top, and threw the pot into the oven to let the cheese melt. 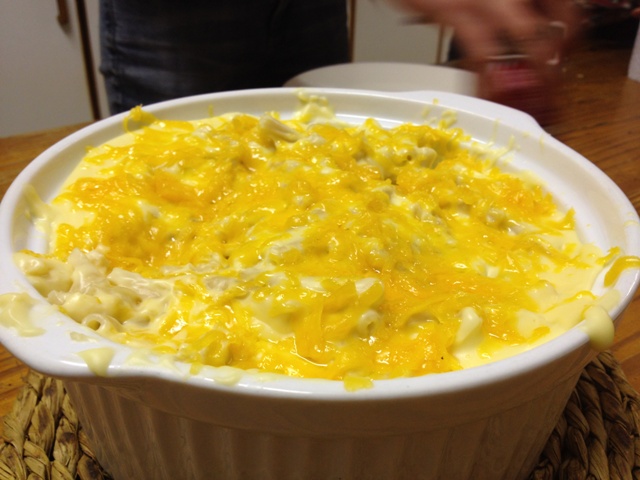 About 5 minutes later, with the cheese all melted, we dug in! 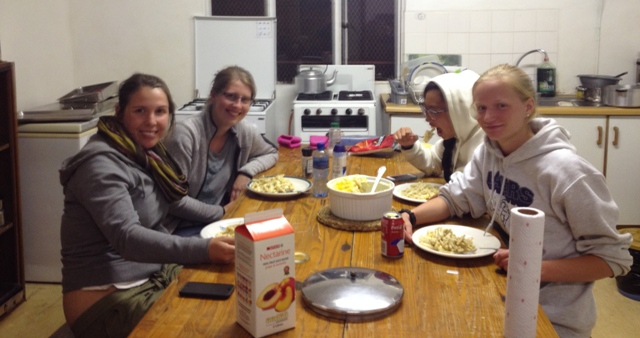 Post by Emina Ida and photographs by Emma Kärrnäs

10 Essentials for Volunteering in Zululand
10 Oct 2016