We waited patiently under the hot African sun, cameras poised, anticipating that moment when we would be rewarded with a sighting. And then, there they were…moving fast…shutters clicked and in a moment they were past…but we had arrived in time to see them! I had not expected to catch a glimpse of this breed on my volunteer trip to Africa…the cyclist…but there they were…300 of them in total.

We, the iMfolozi conservation volunteers, had come to the 10th annual iMfolozi Mountain Bike Challenge (26 July 2014) to help raise funds for wild dog conservation in South Africa. Happily, we had arrived in time to see endangered wildlife monitors Antoine Marchal and Cole Du Plessis finish their 55km ride through the iMfolozi wilderness. 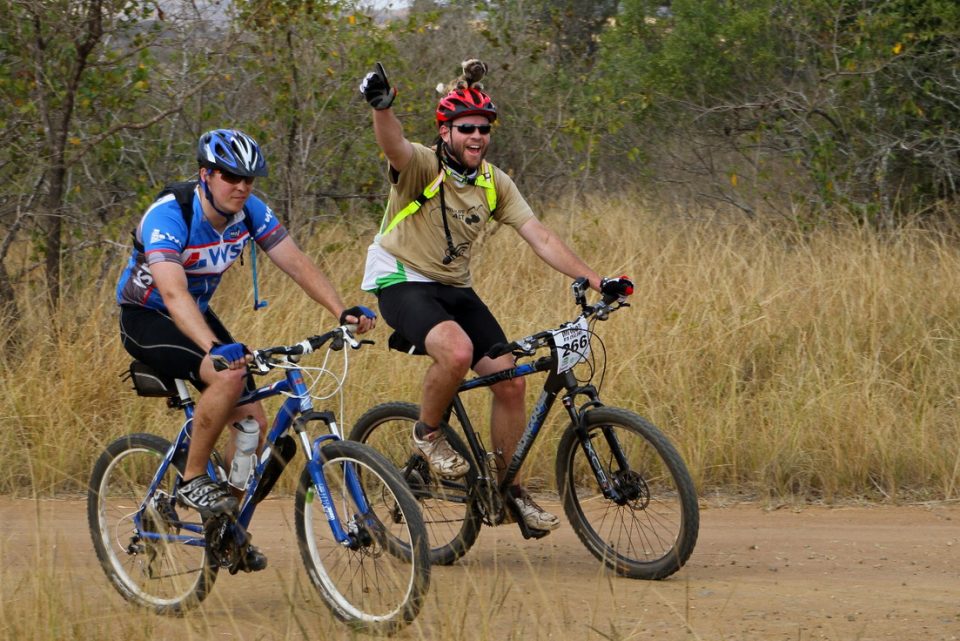 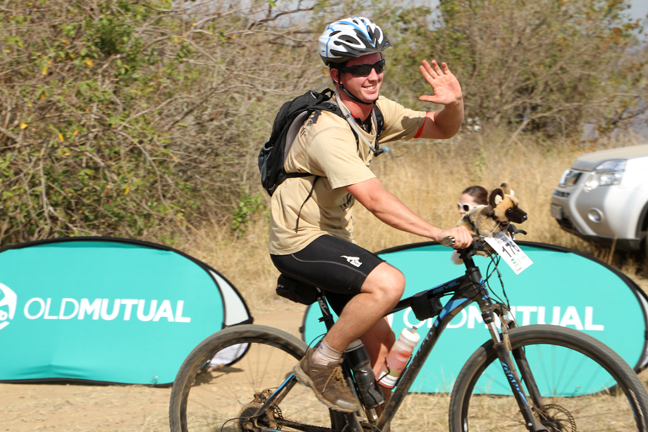 The enthusiasm for wild dogs and rhinos among the participants, friends and families was gratifying. Merchandise flew off the table, people were disappointed when we ran out of wild dog stuffed toys, and many cyclists reached the finish line with wild dog stuffed toys on their helmets or in baskets on their bikes. It was a cycle race like none I had seen before. 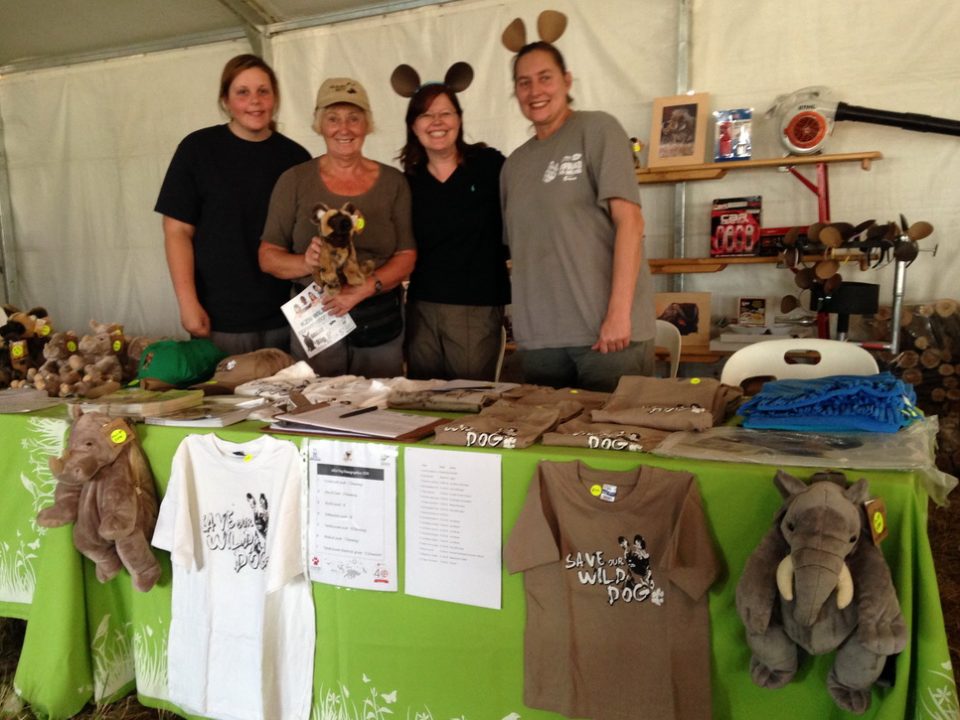 The opportunity to participate in this event was just one of those unexpected, unique opportunities that can come your way as a wildlife volunteer with Wildlife ACT in South Africa. 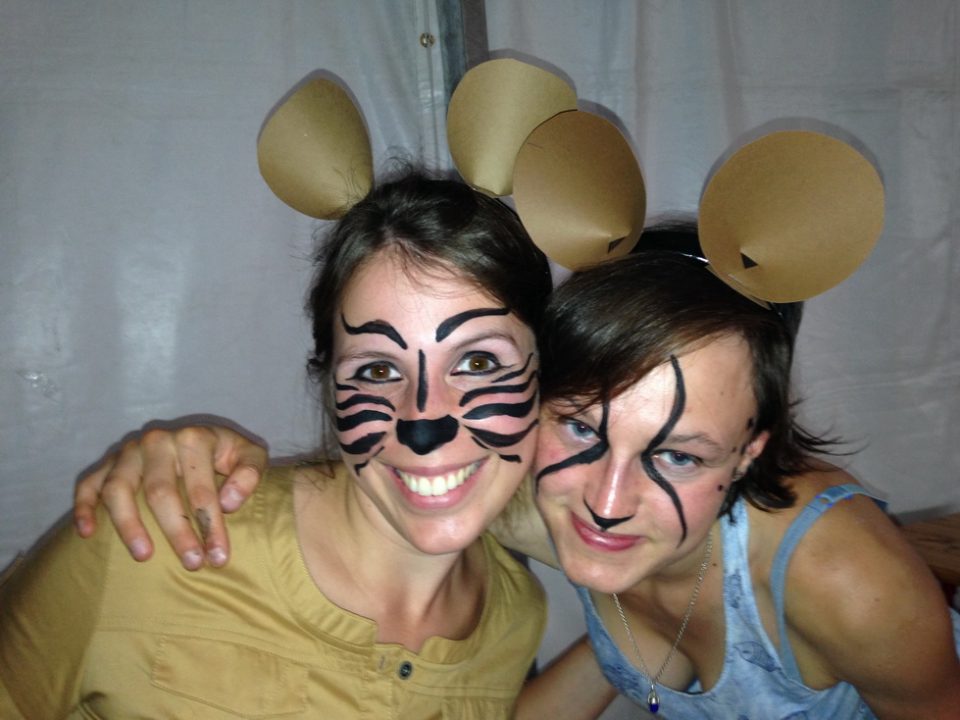 iMfolozi volunteers dressing up for the MTB Challenge

If you would like to show your support for the amazing job Antoine and Cole did in the iMfolozi MTB Challenge, you can Donate Now. 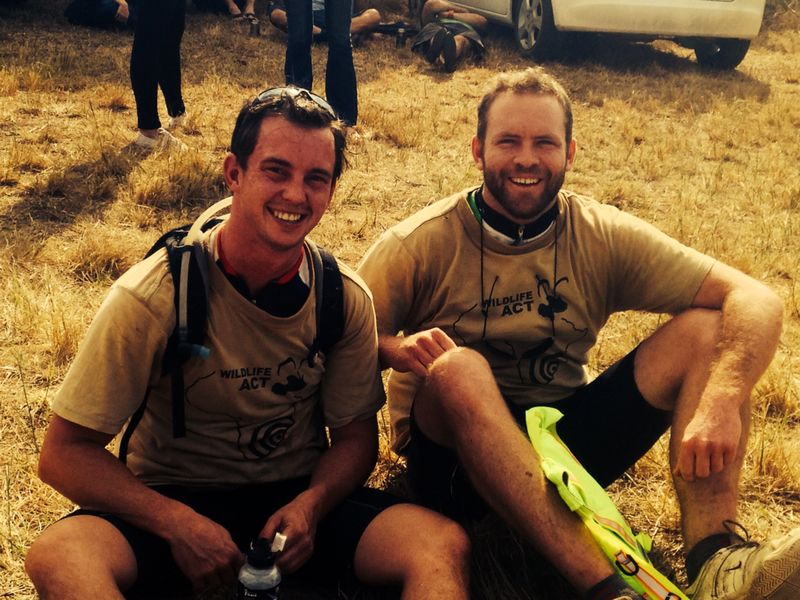 Antoine and Cole after a hard race