It’s been a few days since the team on Zimanga Private Game Reserve in South Africa have had a good visual of Scarlet, our resident female cheetah. So after picking up a strong signal for her during yesterday’s morning monitoring session, Wildlife ACT’s conservation volunteers were keen to see how she was doing. They were utterly spoiled with a sighting as Scarlet, being her usual self, spent a good long while grooming herself and rolling around in the golden morning light.

Scarlet, it has to be said, is a bit of a stunner and has captured the heart of one particular staff member here at Zimanga (no names mentioned)! Now in her fourth year, she is easily identified by two scars on the bridge of her nose. Unlike other animals we track here on Zimanga, who have collars fitted, Scarlet has an internal tracking device.

The cheetah is listed as vulnerable on the IUCN Red List. Over the past 50 years it has become extinct in at least 13 countries and it is believed that only 12–15 000 cheetah remain in the wild. It is said that there are fewer cheetahs left in South Africa, than there are spots on two cheetah… So we are very privileged to be able to spend quality time with such a beautiful specimen! 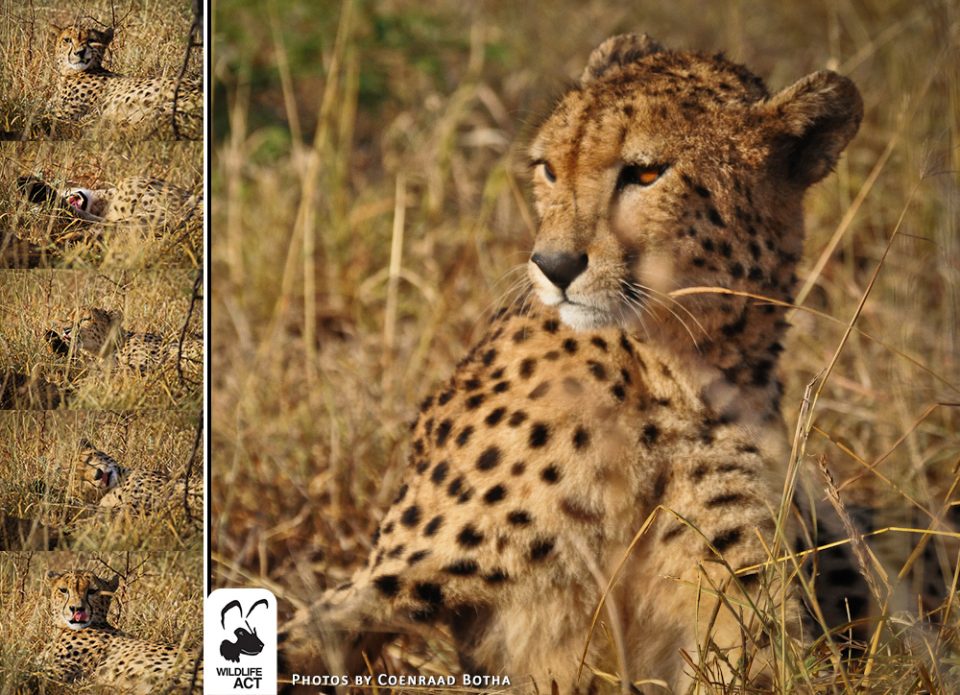