The national managed metapopulation of Wild Dogs (the geographically isolated subpopulations in fenced reserves around South Africa cooperatively managed as a single population) is, on the surface, relatively stable if one simply looks at the numbers of individual Wild Dogs and the combined total of approximately 180. Despite this I cannot recall a more complex time for the metapopulation in the past six years. 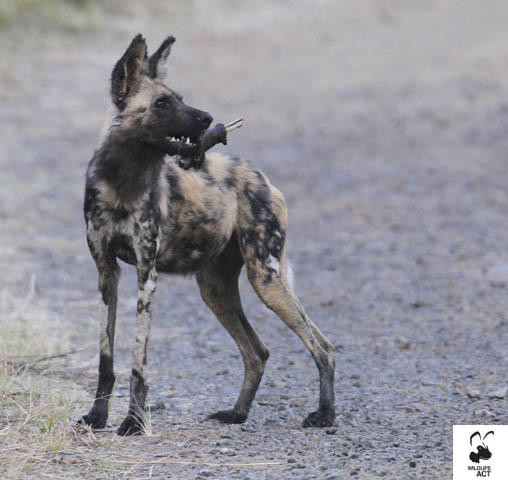 Further north in the country, Madikwe Game Reserve has had a prolific period with their Wild Dogs to a point where we are working to relocate several groups which exceed the population the reserve management believes is sustainable (when also considering other large carnivores and their prey requirements).  The Pilanesberg pack is reportedly stable and the pack at Tswalu is still being held comfortably in a boma until such time the reserve is ready for the release. Most dramatically however, the recent events at Khamab Kalahari Reserve, close to the Makopong border post with Botswana, have shown us how tenuous success is. Having recently seen their population increase to 25 with a litter of eleven pups, approximately one month later the pack was culled by a sudden canine distemper virus outbreak. Six of the pack remain, but appear stable. The alpha pair has so far survived and it remains to be seen how this pack rebounds in the future. Given the balanced sex ratio and social cohesion within the remainder of this pack, it would be unwise to attempt to add further animals from other reserves. Fortunately though, should reinforcement be required, logistical capacity and sufficient Wild Dog subpopulations now exist nationally (long may it last) to enable a response.