The wildlife volunteers and I, in partnership with Panthera and Ezemvelo KZN Wildlife, are currently conducting the province wide leopard survey on Ithala Game Reserve. In addition to viewing spectacular leopard photos taken by the camera traps, we have also managed to find images of other interesting cats such as this secretive serval.

Servals are solitary creatures except when mating or when a female has dependent kittens. Their mammal prey ranges from mice to oribi, however, their favourite prey are birds such as the helmeted guinea fowl. These birds are often taken down by a serval leaping high and snatching them out of the air. Hopefully one day we will be able to witness this magnificent predator in action. 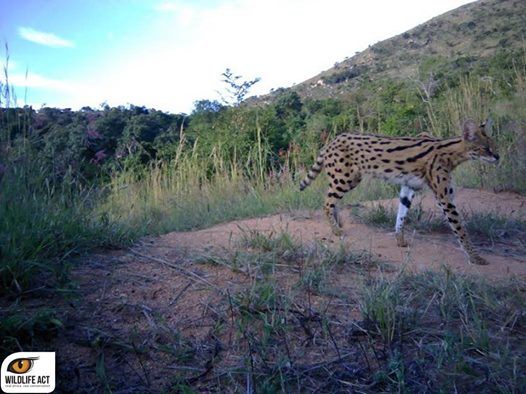 Find out how you can become a wildlife volunteer with our leopard survey team >>> http://bit.ly/1Ak2klr

Introducing Tales of a Wildlife Vet in Zululand
10 Sep 2020