Generally visitors come to Africa to admire the “Big Game”, however, I have found as much enjoyment, if not more, in South Africa’s small treasures. I invested in a Canon Macro lens prior to arriving at Zimanga Private Game Reserve, and I must say, photographing the garden outside our accommodation everyday has been like opening presents on Christmas Day. The textures, colors, and intricate patterns are innumerable.

This Blue Pansy Butterfly (Junonia oenone) caught my eye with it’s bright royal blue wing markings. This species is found all over Africa and is one of the fifteen most common and widely distributed butterflies on the continent. The male Blue Pansy draws attention to it’s blue wing patches by resting on the ground and opening and closing its wings, waiting for a female mate to arrive. 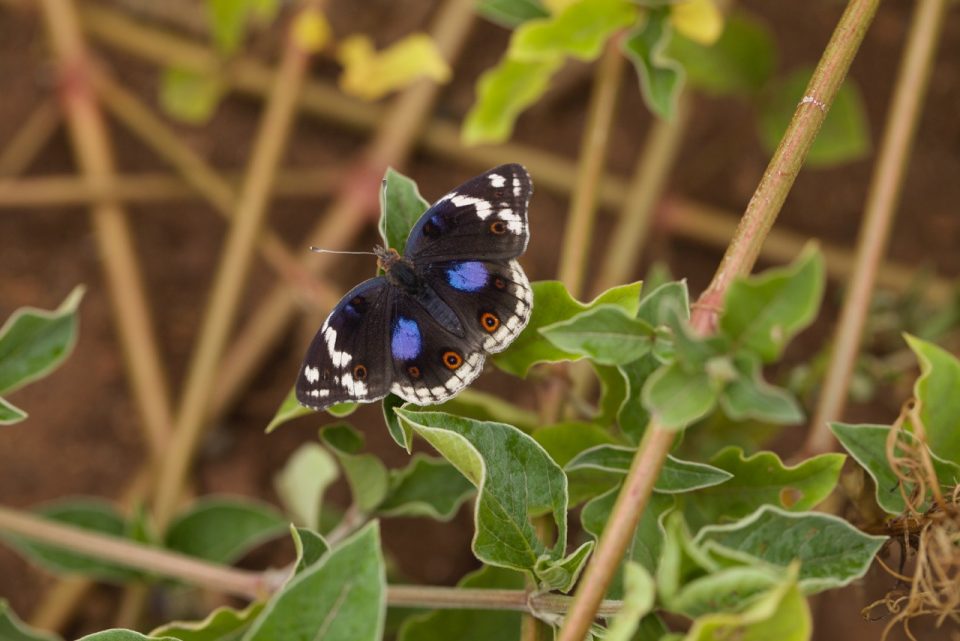 Another small treasure I found was this African Bush Grasshopper (Phymateus Viridipes) which blends in beautifully when sitting amongst green foliage but I was pleased to capture it out on the open. 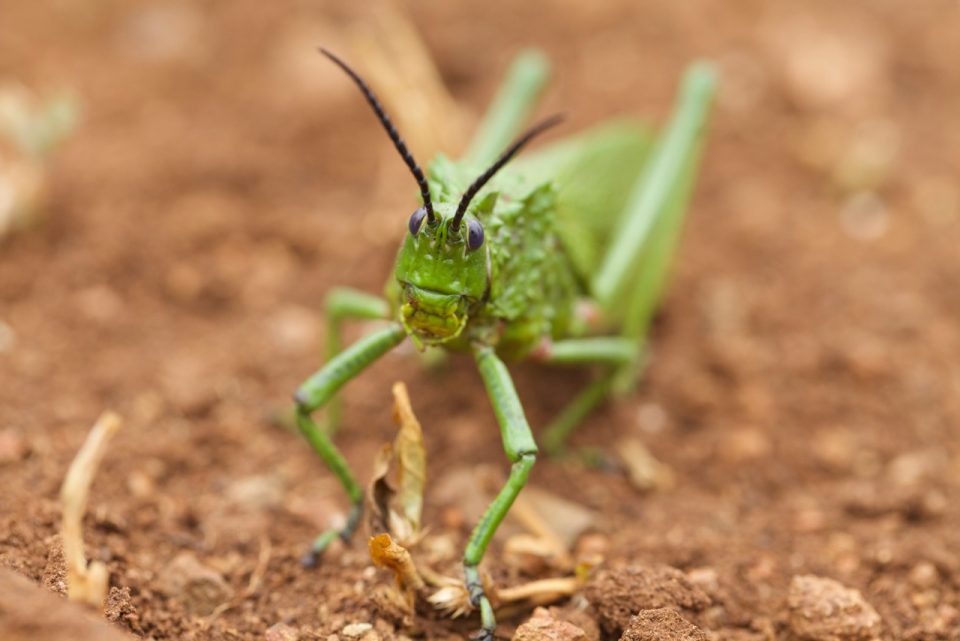 Just one of the many brilliant bird species at Zimanga, this European Roller (Corracious garrulus) belongs to the Genus Coracias, a reference to their raucous calls which sound a bit like crows. Rollars usually hunt from a perch (although occasionally catch prey in the air), swooping down to snatch up invertebrates and sometimes frogs, small snakes or lizards. From the breeding grounds of Europe and Asia, this blue-feathered beauty migrates over 10,000 kilometres to catch the African summer. 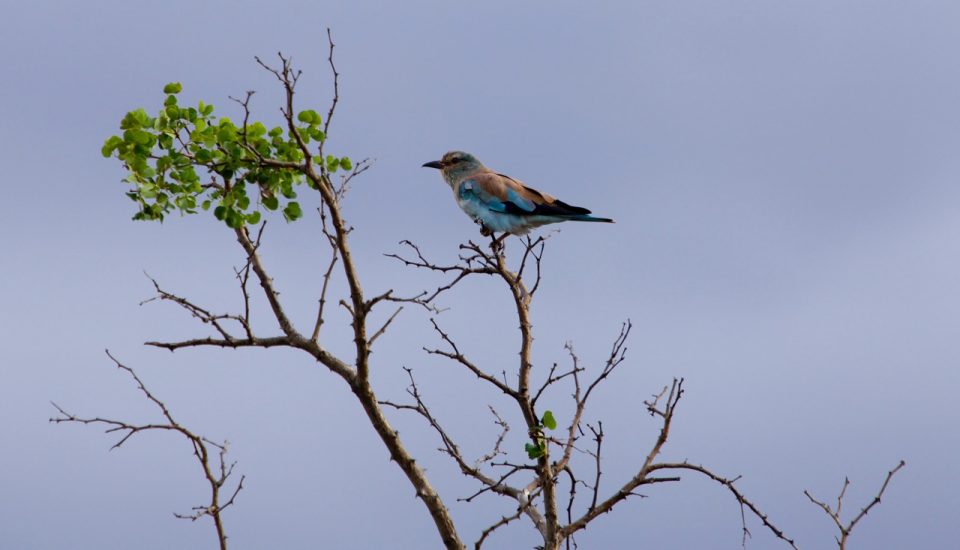 This rather odd looking creature, the Cicada beetle is the source of the ceaseless high-pitched buzzing sound that we fall asleep to every night here. The name Cicada is a direct derivation of the Latin cicada, meaning “tree cricket”. In summer, the male bugs emerge from the ground and climb trees where their voices fill the bushveld air. The males produce their buzzing through a cavity positioned ventrally on either side of their abdomen attached to a sound-producing membrane called a tymbal. Muscles connecting the tymbal to the cavities contract and relax (a bit like popping the lid of a paint tin), and create their unique sound. 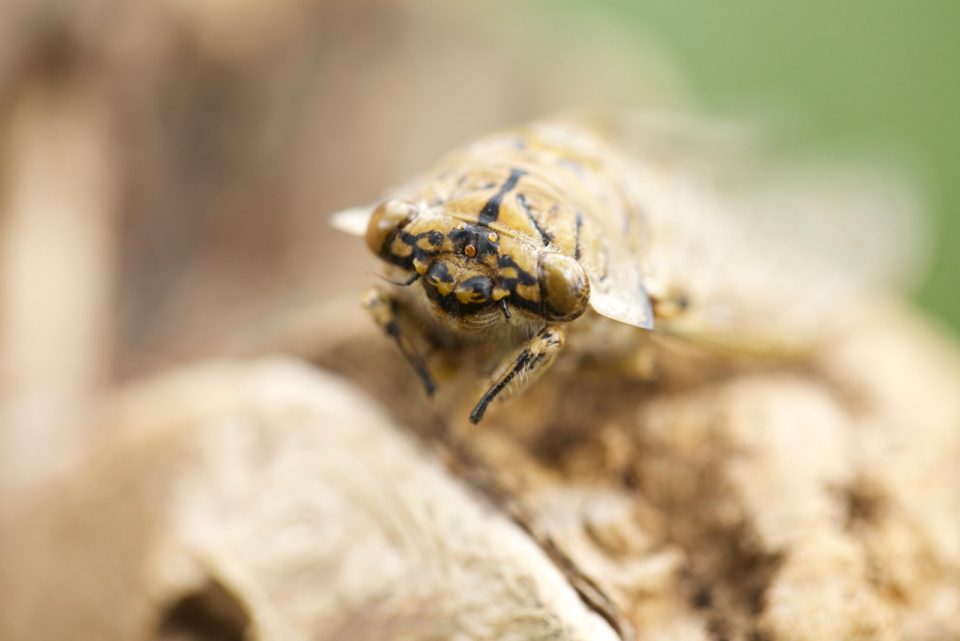 I photographed this dainty Common Zebra Blue butterfly (Leptotes pirithous) perched on some of the flowers surrounding the house. It’s a small butterfly with a wingspan of 21–29 mm in males and 24–30 mm in females. 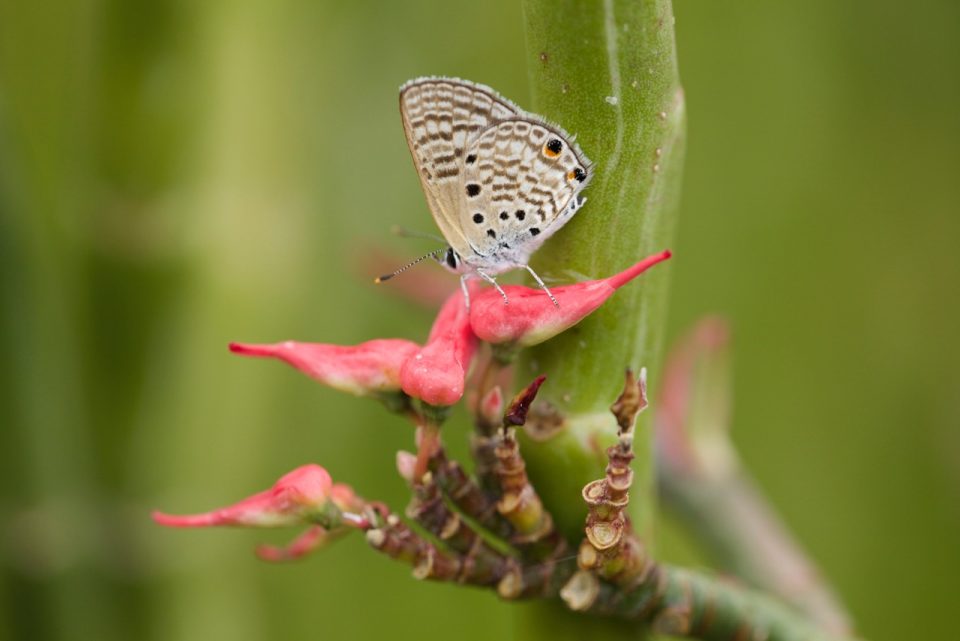 This hard-shelled multi-legged critter is referred to by most South Africans as a Shongololo, it’s Zulu name. More formally it is a millipede. Interestingly, millipedes come in many different colours, from black to yellowish- brown like this one. When millipedes feel threatened they curl themselves into a tight coil or sometimes even turn over onto their backs and mimic the movement of a snake to scare away potential predators. They have two antennae in the front (as seen in this photo) which they tap on the ground to detect food and the ground ahead of them. 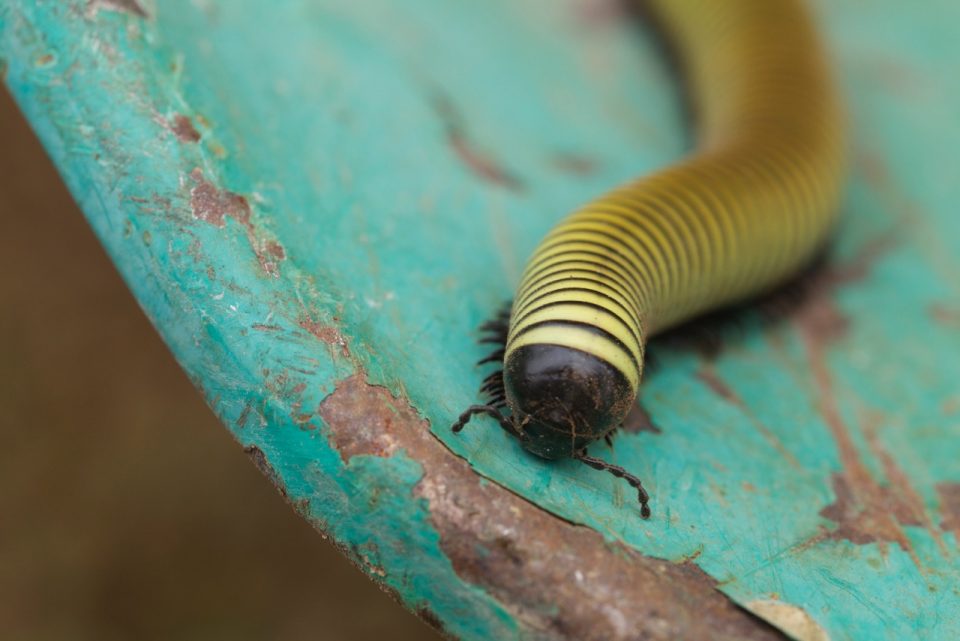