Tembe Elephant Park is a bio-diverse paradise that is home to a multitude of creatures. Creatures such as this Southern African Rock Python, which was crossing the road when wildlife volunteer Jim Ward captured this great image while volunteering with wildlife in South Africa. 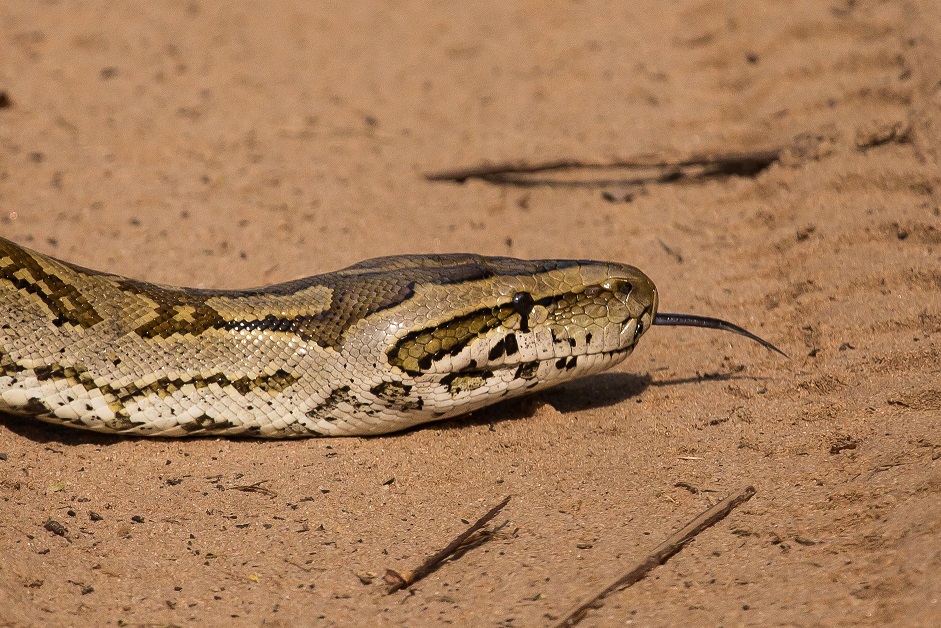 VOLUNTEER IN AFRICA WITH WILDLIFE ACT

Tembe Elephant Park represents an area of high biodiversity and ecotourism potential. The minimal impact by commercial development has allowed the rich biodiversity and high levels of endemic flora and fauna species to thrive and remain, in many ways, untouched. Tembe can therefore be referred to as a thriving endemic sanctuary!