Curious looking creatures with an awkward gait, these Spotted Hyena looked somewhat startled as they walked past the camera trap. Spotted Hyena (Crocuta crocuta) look like very large, heavily-built dogs. Their muzzle is large and black. Their coats of off-white to light brown with irregular dark spots that tend to fade with age. Spotted Hyena are large (45-80kg), gregarious predators that are common throughout sub-Saharan Africa outside of tropical forests, alpine areas and true deserts. They are well-known as scavengers, but are actually more proficient hunters than lions. 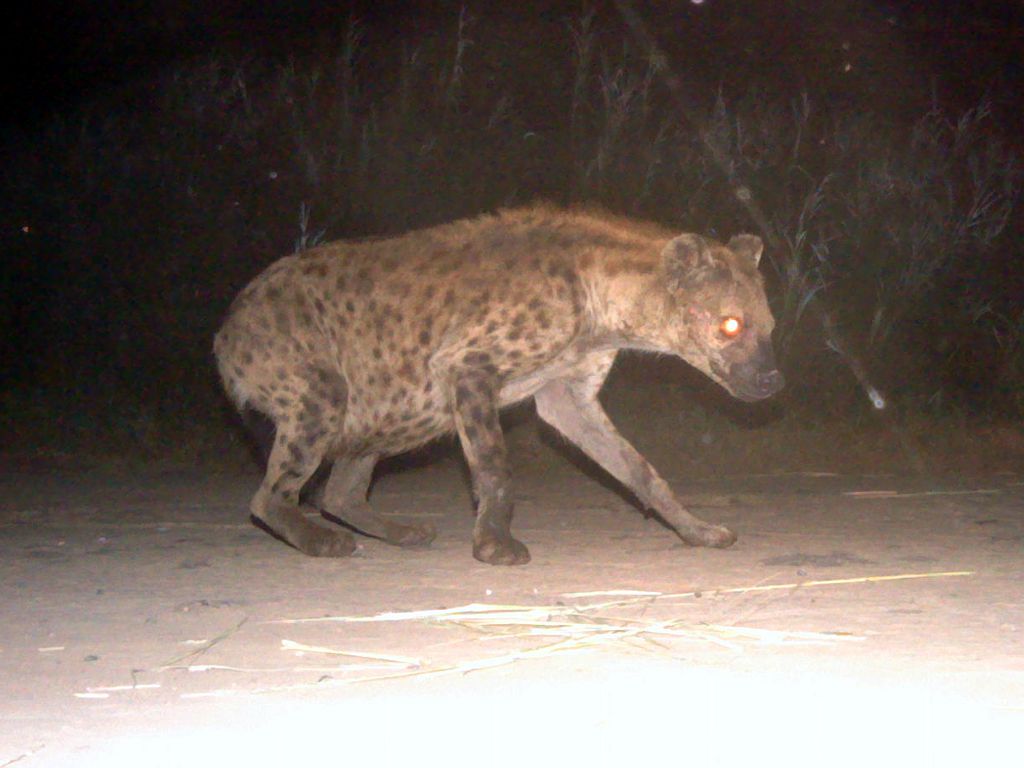 One interesting aspect about Spotted Hyena is that both male and females have prominent genitals. Female genitals mimic those of males. Females have a fat-filled pseudoscrotum and the clitoris is erectile, the same size, and almost same shape as a male’s penis. Careful scrutiny is needed to tell the sexes apart. The female’s pseudoscrotum is less deeply lobed than the male’s scrotum; her clitoris has no ‘neck’ and the tip is blunt, while the male’s penis has a narrow ‘neck’ and a pointed tip. 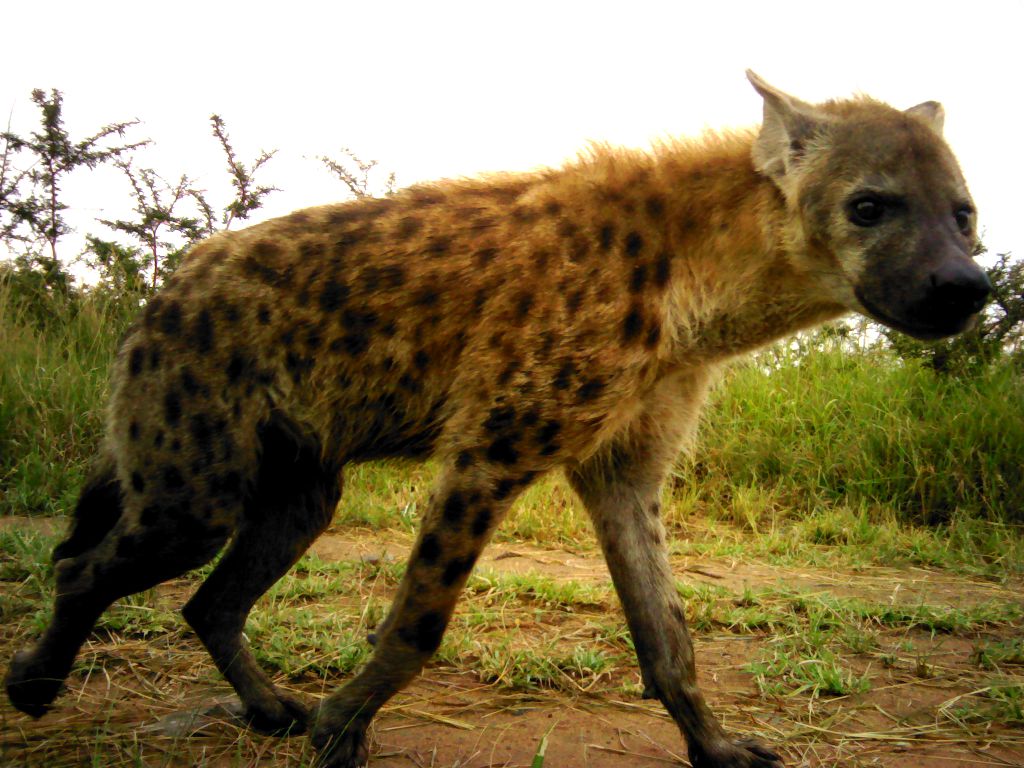 These amazing animals have long been seen as pests, when in fact they are important members of an ecosystem. They help to keep the area clean from decaying carcasses and removing sick or old herbivores from a herd. Currently, the conservation status of Spotted Hyena is “Least Concern” according to the IUCN Red List, however in the SA Red Data Book, they are classified as “Near Threatened”. 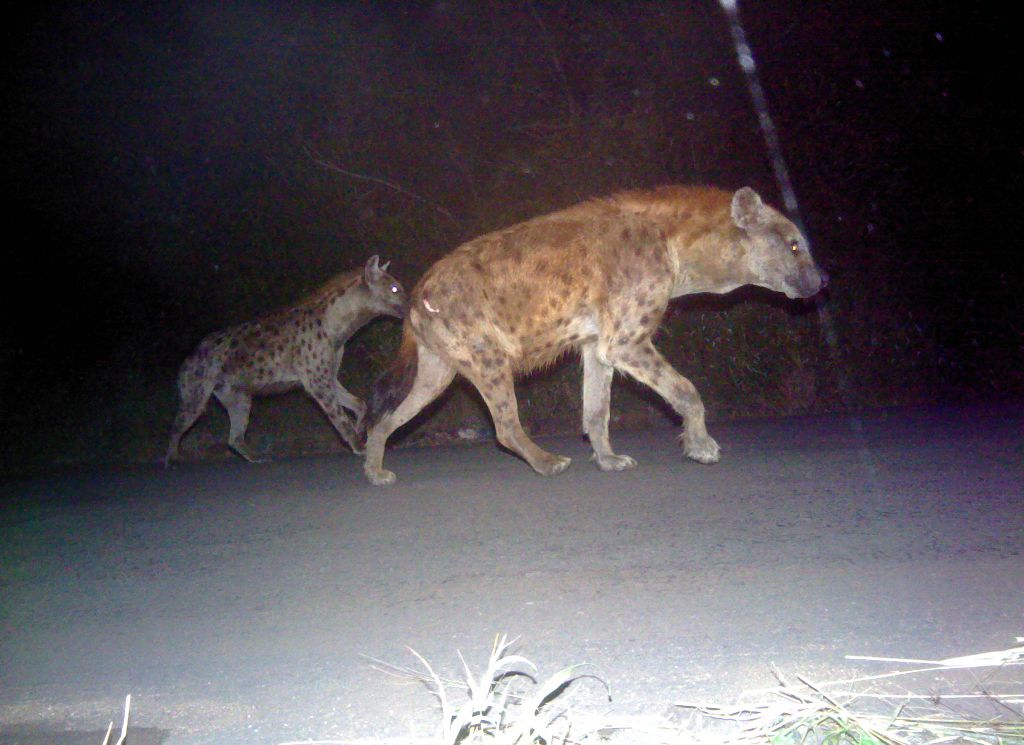 Spotted Hyena have an interesting social structure, in which the females are dominant over the males. They form clans when together, but are often seen alone. The alpha female is the head of the clan, with her first-born females taking over the clan when she dies. These amazing animals have bags of character as can be seen in their reactions to the Panthera camera traps. They are an important part of Hluhluwe-iMfolozi Park, and seeing the proof of cubs is brilliant news for the species.