The conservation volunteers at Hluhluwe had a hectic weekend – rushing from one activity to the next, without much free time at all. Both Felix Husemann and Moira Stewart loved every moment of it!

We were hoping to put a collar on a pre-selected cheetah and stayed with her and her 18-month-old cub for the most part of two days. We needed them to be in an accessible position before we could go ahead with the collaring. Unfortunately, the cheetah remained inaccessible for those two days – so the collaring is on hold. The conservation volunteers were delighted to have had the opportunity to spend all those hours with these magnificent animals – what a rare opportunity!

Travelling to and from the cheetah presented us with two fantastic elephant sightings.

The first one entailed an amalgamation of breeding herds (numbering around 100 elephants) crossing the road directly ahead of us. Hundreds of photos later, we chose this one of the elephant calf who stole our hearts with his clumsiness, to represent the experience. (photo by Moira Stewart) 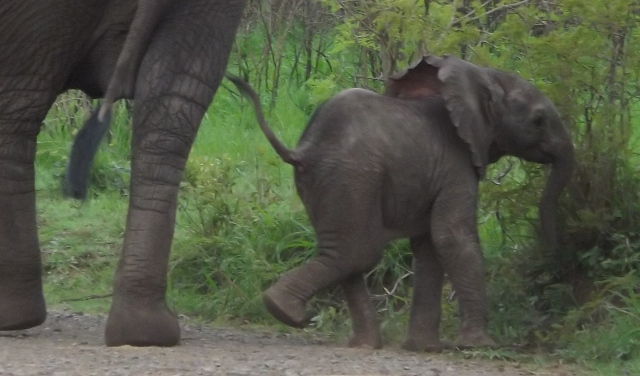 This elephant calf stole our hearts

The second one was of an elephant bull we met up with shortly after leaving camp to look for the cheetah. He was ambling along a lush green hillside, and then suddenly decided to cross the road at a point where there was a slight decline before the tar. He reacted so strangely to the slope that he was about to walk down. He first shook his head and flapped his ears, and then fell down onto his right bum cheek for a while, before getting up and walking slowly down the slope. There’s always something new to experience in Africa! 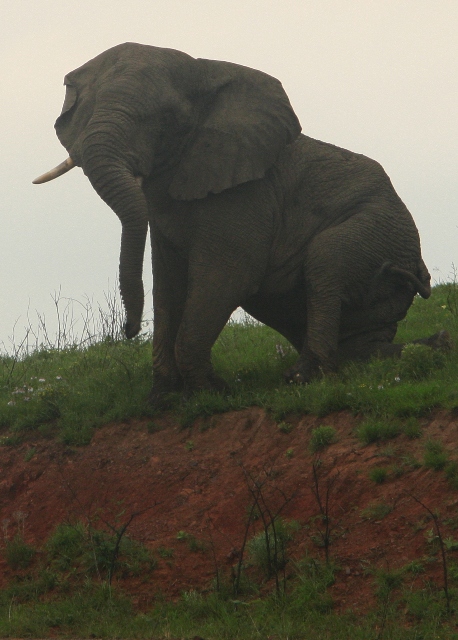 The elephant taking a slip down the hillside