It has already been a month since the iMfolozi MTB Challenge took place under the harsh Zululand sun in South Africa.

It took me exactly eight hours and eight minutes to achieve the 60 km of seriously damaged roads and animal paths of the iMfolozi wilderness area in a sweltering 38°C. That day taught me the true meaning of the word ‘challenge’ but also the importance of the word ‘solidarity’. In fact, I had the great opportunity to ride with our American conservation volunteer, George Sprague, and despite all the problems we encountered on the way, we managed to cross the finish line.

All went very smoothly, except for few cramps and few slow punctures, until the 40 km mark when I broke my first chain – where even a spare link and a lot of motivation weren’t enough to get it fixed. Thankfully a kind-hearted lady offered me her bike as she wasn’t able to carry on.

This misfortune, as well as two punctures on George’s bike made us the last two riders of the challenge. While George was riding without rear brakes since his last puncture, I then broke my second chain while riding up a steep slope. Afraid to be forced out of the race and into the support car I decided to run the last few kilometers to the 3rd and final water table, where I was hoping to find someone no longer willing to finish the race looking to lend me his/her bike. 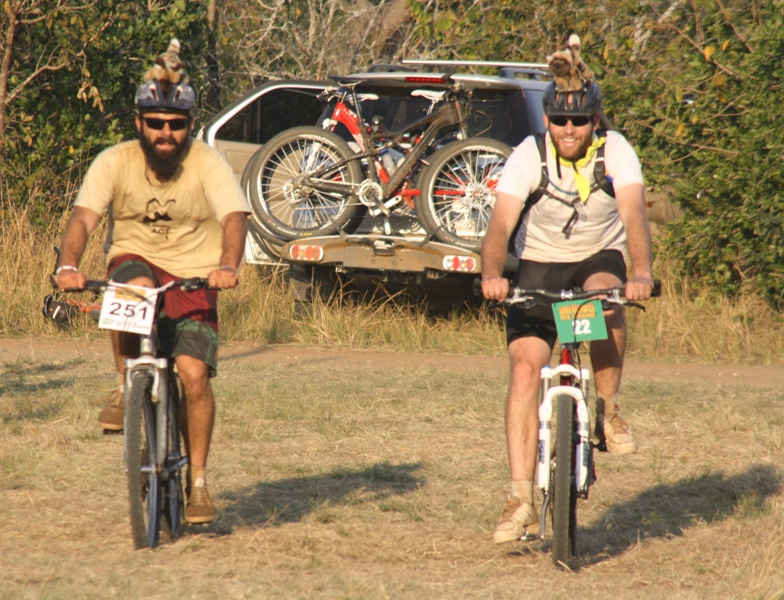 My wish came true and fortunately there were at least five riders who weren’t able to go any further and were waiting patiently for a lift from the support car. After leaving the last water table to tackle the last 10 km of rocky slopes leading up to the finish line, George came off his bike due to searing cramp pains in both his legs. But with the help of the crew at the water table he was quickly up and going – still without rear brakes.

About five km before the finish line, while enjoying the best bike of the three I had used, I suddenly lost sight of George. With that I decided to turn around. Moments later, I the biggest fright, as there, busy with George on the ground, were the medical staff in front of the flashing lights of the ambulance. I  was expecting the worst, but it turned out my co-rider had once again suffered from extreme cramping while using his feet to brake going down a hectic slope.

Nothing in the world could have stopped us… and few minutes later we were crossing the finish line where all our worried friends were waiting for us.

This event gathering 300 participants for the 9th event could not be called a challenge if the possibility of giving up wasn’t a big part of it. But George and I were pushed to our limits to finish it not only for us, but also for all those who were supporting us and my cause named ‘Ride for Non-Invasive Wildlife Monitoring’.

My online donation page shows that R28 409.00 has been raised so far… the project will be open until to the 31st of August and I am hoping to reach a total of R40,000 that will enable me to purchase 10 camera traps. This will assist me with my PhD research and other conservation efforts in Hluhluwe-iMfolozi Park.

Thank you, and above all, enjoy the video! 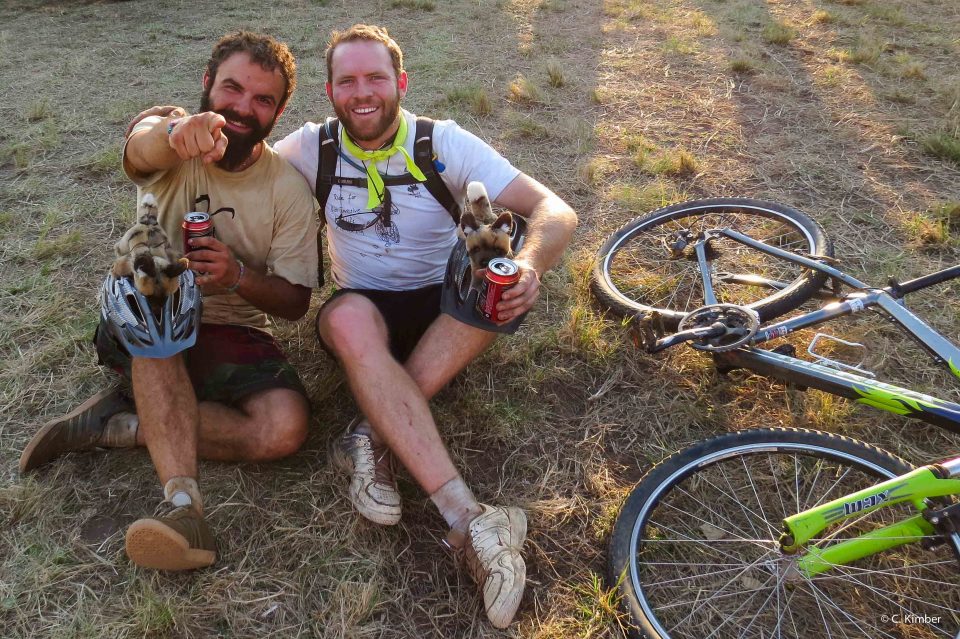