Saturday 6th September was International Vulture Awareness Day. In order to observe this day and do a comprehensive vulture count conservation volunteers, Christine Damico and Georgie Davis, found a recently deceased zebra on the side of a hill in Emakhosini Ophathe Heritage Park (South Africa). Together we watched the carcass for two hours, unfortunately no vultures arrived as it was too hot for them to ride the thermals. We returned to the site 24 hours later and witnessed almost 90 vultures picking the carcass clean in Ophathe! 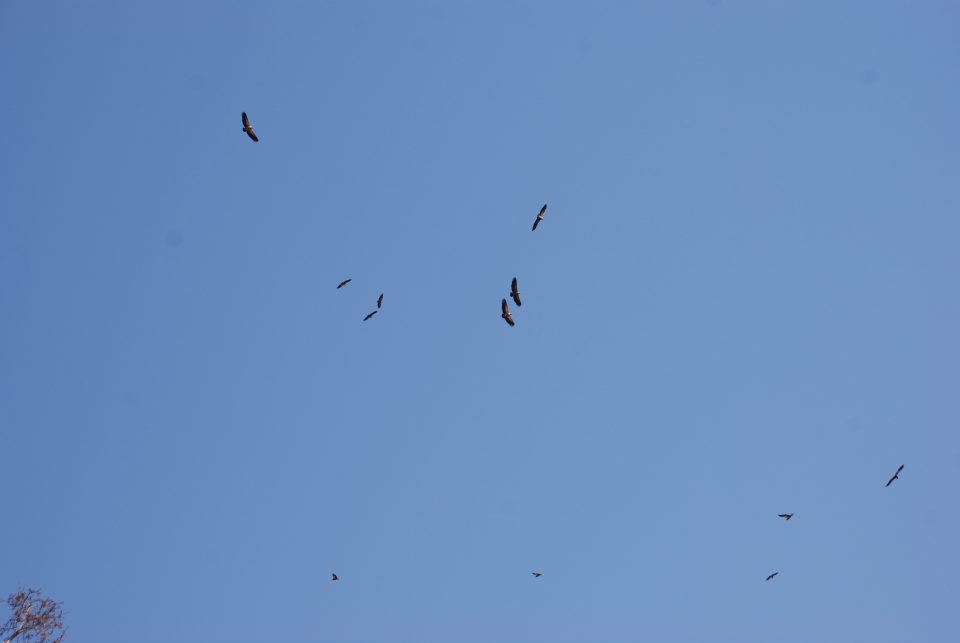 We spent two hours counting and identifying the various vultures and determined there were 86 white-backed vultures and 3 lappet-faced vultures. The lappet-faced vulture is the largest vulture in South Africa with an average wing span of 9.2 feet and growing to a height of 95 to 115 cm. Vultures are able to store up to 1.4 kilograms of carrion in their crop, to eat at a later time. These massive birds face a huge threat from humans, who either kill them for traditional medicine or kill them unintentionally through habitat destruction.

The pictures taken at Ophathe below show a before and after shot of the zebra carcass to illustrate just how quickly vultures devour a carcass. In a matter of 24 hours all that was left was skin and bone! 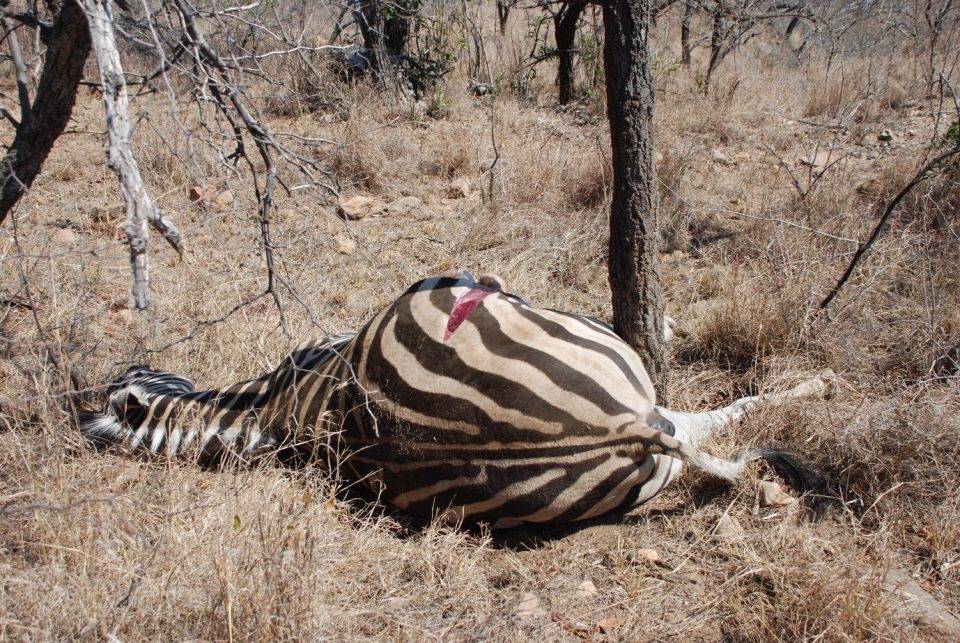 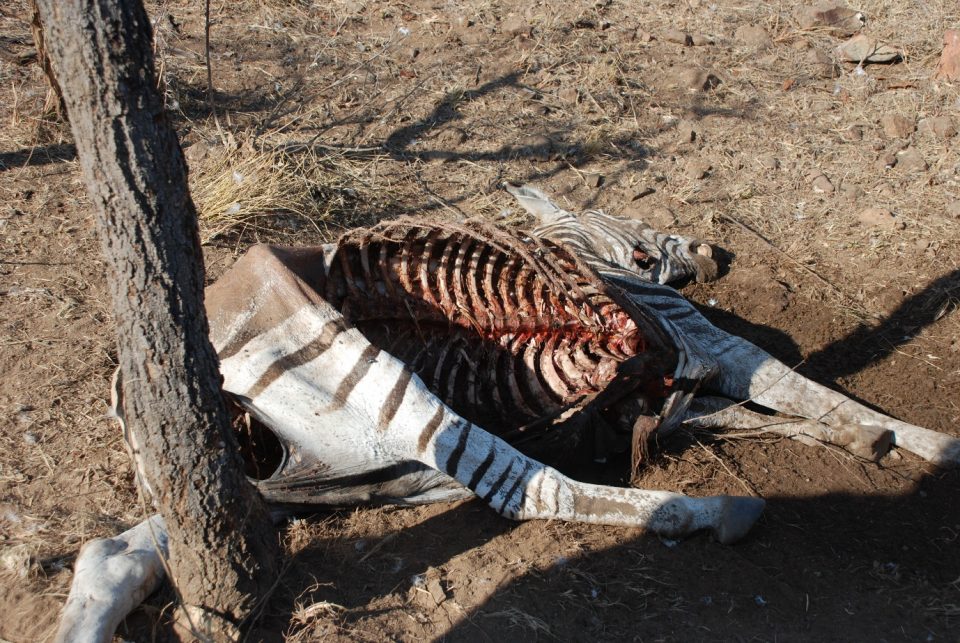 The vultures of southern Africa are specifically targeted for medicinal purposes in the muthi trade as well as for meat. Poachers catch scavenging vultures by poisoning animal carcasses, which can wipe out huge numbers at once. Almost 70% of breeding pairs having vanished since 2001 as a result. Find out more about the status of the three tree-nesting vultures we work with and what you can do to help >> Work with Endangered Vultures