To mark World Rhino Day in Africa, the Wildlife ACT conservation volunteers in Hluhluwe-iMfolozi Park started their morning monitoring session by scanning for a black rhino that has a transmitter in her horn. Although they didn’t pick up a signal for her, they did see 26 white rhino between 05h30 and 11h30 – a testament to the wonderful work done by the iMfolozi Game Capture Unit and Dr Ian Player in the 1960s (Operation White Rhino).

They spent the morning showing their World Rhino Day signs to all the tourists that they drove passed, and gave interested tourists copies of the rhino poaching statistics. They were so excited when they met up with a wonderful South African couple (Ian and Tania) – pictured with the volunteers – who were the only other visitors in Hluhluwe who knew that it is World Rhino Day, and had made a rhino horn for the front of their car (see below). 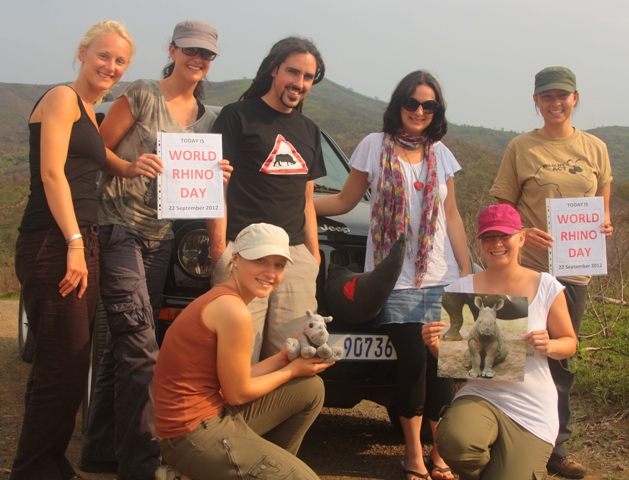 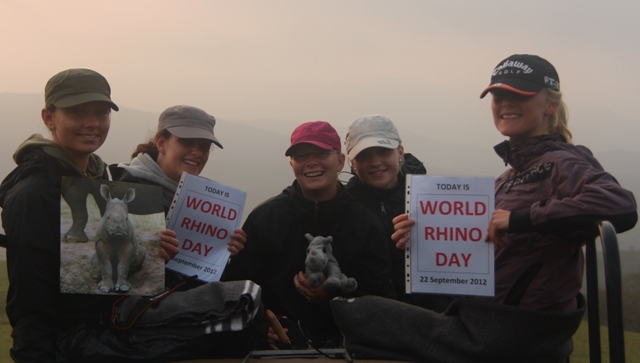 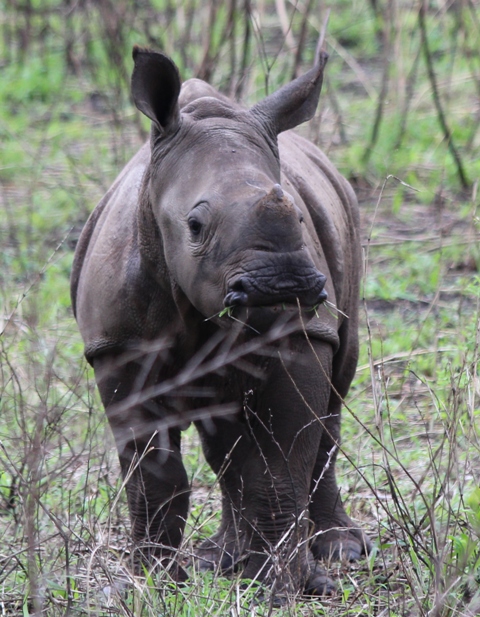