We’ve have reached the end of another fabulous week at Zimanga Private Game Reserve in South Africa. This week the conservation volunteers and I had the chance to witness not one, but two of Zululand’s predators successfully hunt and kill their prey. We like to think that it was our amazing tracking skills that led us to these great sightings but what it always boils down to in the African bush is being in the right place at the right time.

The first sighting, a successful wild dog hunt happened when we managed to track and follow Zimanga’s female wild dog and her three sub-adult pups. When we found the wild dogs it was obvious that they were hungry and that they were on a mission. When they caught the scent of a meal, they ran off at high speed, jumping up occasionally to get a visual of their prey above the grass.

Once they had the warthog in their sights the chase was on, eventually ending in the wild dogs bringing down the warthog only meters from our vehicle. When they had finally caught the warthog, it took just minutes to complete the kill and for all the wild dogs to finish feeding. Wild dogs have great stamina and use this to their advantage when hunting, chasing their prey until it tiers and they can attack. The wild dogs will then immediately disembowel their prey and begin eating as soon as they can to avoid losing their prey to scavengers.

Our next awe inspiring sighting from Zimanga, during the same week, came in the form of an exciting leopard hunt. Leopards and wild dogs approach hunting in very different ways. Where wild dogs chase and tire their prey, leopards stalk their prey until they are close enough to pounce on and surprise their prey. They will chase their prey but only for relatively short distances. Once leopards catch their prey they will suffocate their prey before beginning to feed.

On this particular Zimanga monitoring session, we had only been driving for about five minutes, when we were startled by a warthog running into the road. Seconds later it was followed and caught by a leopard. If we had been a minute too early or too late we would have missed the whole event. 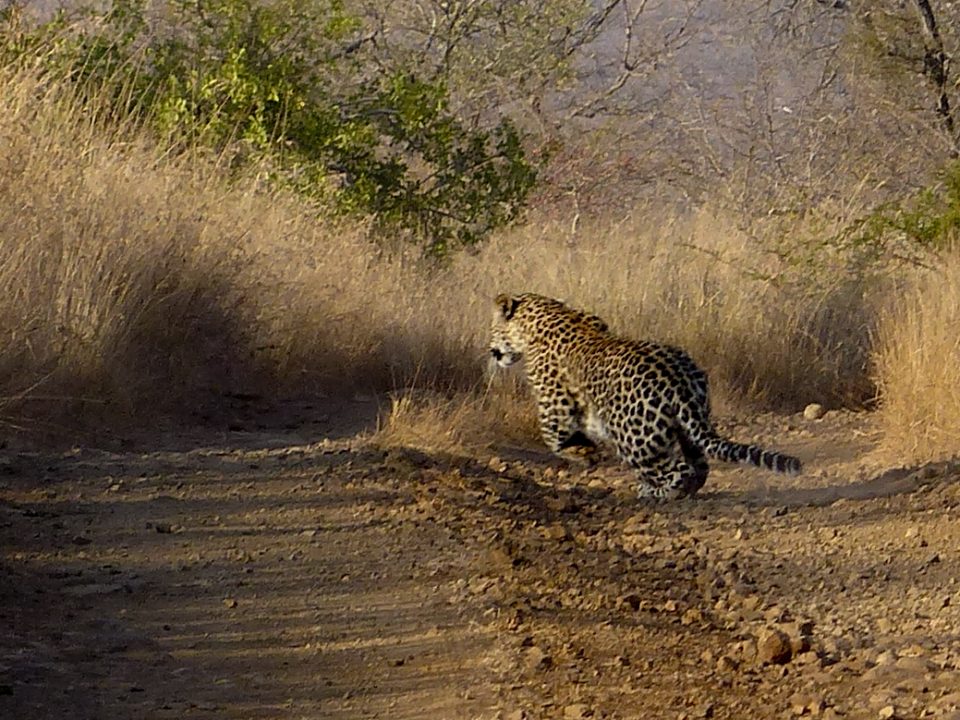 It was another exhilarating week in Zimanga, where warthog was obviously the popular meal choice among the predators.