The Wildlife ACT Fund was started in South Africa in January 2010 and its mission is to advance endangered and vulnerable species conservation in South Africa by focusing on: Wildlife ACT has developed a conservation expedition to enable their supporters to come and join them in the field and have a meaningful and impactful experience. This conservation experience is limited to 3 trips per year, there is one more trip available the first week of July 2018 (dates are flexible for a single group booking). 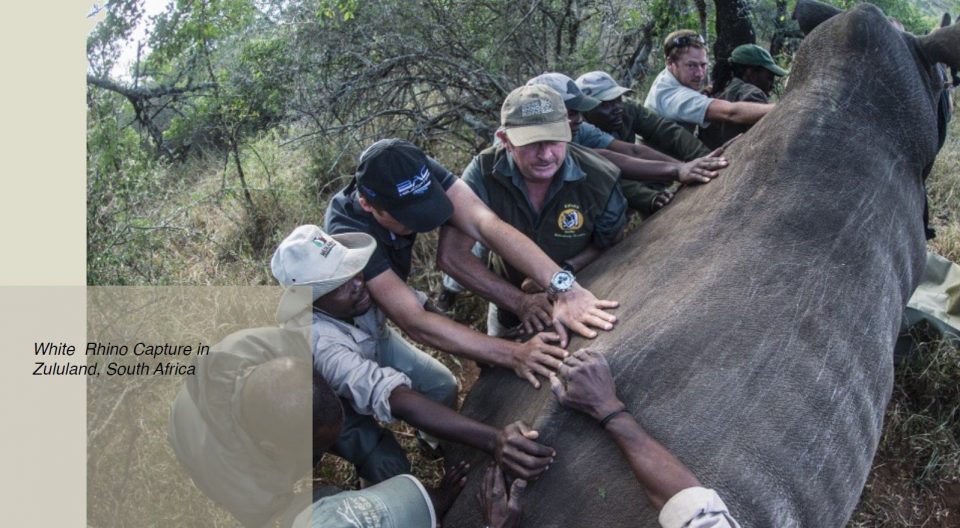 WILD DOG COLLARING Wildlife ACT is an active member of the Painted Dog Advisory Group in South African and all conservation efforts are driven through strategies developed at a national level. This includes ensuring that each pack of painted dog in the Zululand region has a GPS tracking collar on at least one of its members. Donors will assist the Wildlife ACT team and the vet in locating, catching and fitting a painted dog with one of these collars. RHINO EXPERIENCES

Wildlife ACT is a co-founder of Project Rhino, an association formed to combat the rhino poaching. Unfortunately the Zululand region has become one of the focal points for the criminal syndicates and the poaching of rhino has doubled in this region over the last year. unfortunately this has left in its wake a number of young orphaned rhino. The holding facility for these rhino is supported by Wildlife ACT and donors will have a unique opportunity to visit these orphans and understand more about how they are cared for. One of the key strategies is to dehorn rhino populations in reserves with smaller populations, which acts as an effective deterrent to the poachers. Donors will participate in the capture operation and witness the team at work.

VULTURE TAGGING The vulture population in Africa is under extreme pressure from a number of impacts, with the main loss of vultures in Zululand occurring due to poisoning to supply the traditional medicine markets. We know very little about these wideranging birds so Wildlife ACT assists by fitting tracking devices and wing tags to these birds to learn more about the ranging ecology. This also enables us to gather valuable information as to where large poisoning incidents occur in the region. Donors will assist the team in trying to locate some vultures and if successful fit them with monitoring devices.

Hluhluwe-iMfolozi Park (HiP) was established in 1895 and is one of the oldest Game Reserves in Africa, and is known as the ‘Home of the Rhino’. It was here in the late 1890’s that the White Rhino was bought back from the brink of extinction, with less than 50 individuals - the entire African population left only in this park. A great conservation story that today there are more than 20,000 White Rhino in Africa! However, they are under threat again… This Park is managed by the South African government through Ezemvelo KZN Wildlife, the provincial conservation authority, and Wildlife ACT has been contracted to assist with conservation efforts - providing donors with a unique opportunity to join them in this exclusive Park. The park is 960 km² / 96,000 hectares and contains an immense diversity of fauna and flora, including the “Big 5” (Black and White Rhinoceros, Elephant, Buffalo, Lion and Leopard), as well as species such as African Wild Dog, Cheetah, Hyena and Jackal. The park is also a prime birding destination, with over 320 recorded bird species. The topography in the southern iMfolozi section ranges from the lowlands of the Black and White iMfolozi River beds, to steep hilly country which includes some wide and deep valleys in the Hluhluwe section.

Wildlife ACT’s main focus in HiP includes the monitoring of the African Wild Dogs, Lion, Elephant, Vulture, Cheetah and Rhino populations. Further to this Wildlife ACT assists with fundraising efforts to support much need rhino conservation efforts. This includes the security and purchasing of food for the rhino orphanage and much needed equipment and training provisions to the field rangers who are on the front lines of the battle to save the rhino once again. Rhino Ridge Lodge: Detail from www.rhinoridge.co.za

In 2004, 17 private properties in the northern Zululand area dropped their fences forming what is today known as Manyoni Private Game Reserve (formerly Zululand Rhino Reserve). The impetus for forming the reserve was to provide a home to a population of black rhinos as part of the WWF Black Rhino Range Expansion Project. The joining of the properties created a 23,000-hectare private game reserve in the heart of Zululand, in one of the most animal-rich and species-diverse areas of South Africa. In addition to the black rhinos, the reserve is now home to all of the big five (rhino, elephant, buffalo, leopard, lion) and has seen the re-introduction of two endangered carnivore species, cheetahs and African wild dogs. Moving from strength to strength the Zululand Rhino Reserve Foundation was established in 2011 and has cemented a strong partnership with the local communities through various conservation projects. The Foundation also provides the reserve with much needed support in the fight against wildlife crime. A significant achievement was the proclamation of the reserve as a Nature Reserve under the Protected Areas Act 57 of 2003 (the highest conservation status possible). Manyoni Private Game Reserve is recognised as a site of biodiversity importance and contributes to the provincial conservation targets and endangered species meta-populations. It is one of only a handful of large successful private reserves in Zululand.

Wildlife ACT’s main focus on Manyoni is the monitoring of the African Wild Dogs, Cheetah, Elephant and Lion. During these monitoring sessions, any incidental sightings of other priority species including Rhino, Vultures and Leopard, will also be recorded. Our team also occasionally assists with game counts or vegetation assessments on Manyoni. Wildlife ACT has also been fundraising to support the much needed dehorning of rhino on Manyoni to protect them from poachers. Rhino Sands Safari Camp: Detail from www.rhinosands.com

Minimum Donation for Conservation Experience: USD $30,000.00 6 Nights Accommodation: ZAR 27,500.00* (±USD $2,100.00) *Quoted in South African Rands due to fluctuating exchange rates Rates Include Excludes Child Policy: All prices are subject to availability at the time of reservation. 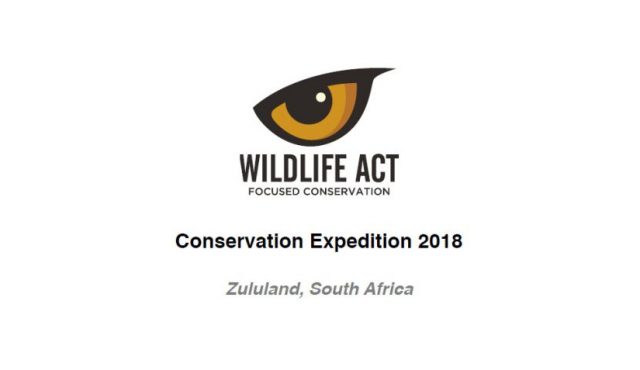 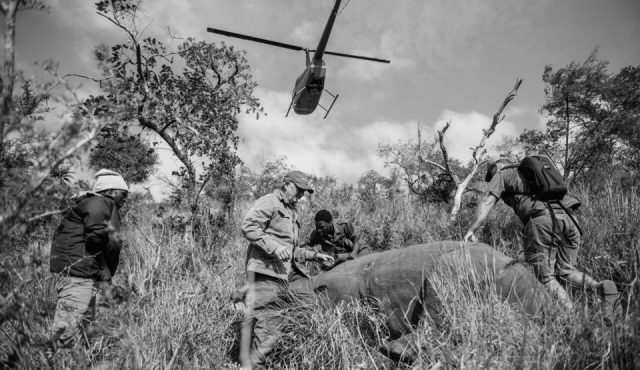 THE SPECIES WE WORK WITH 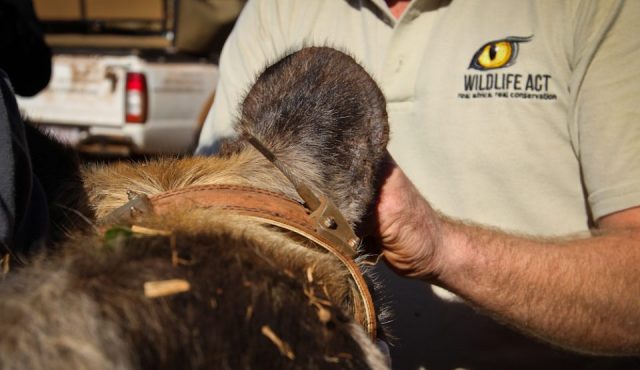 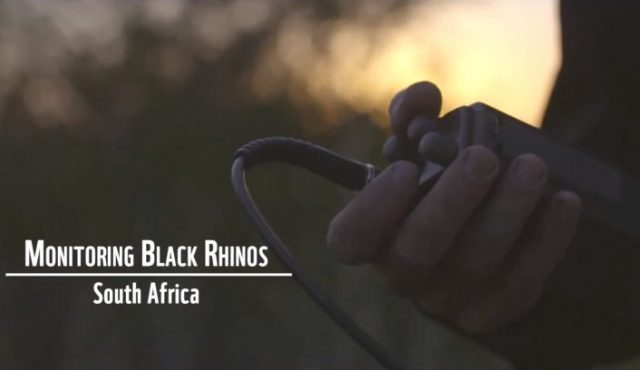