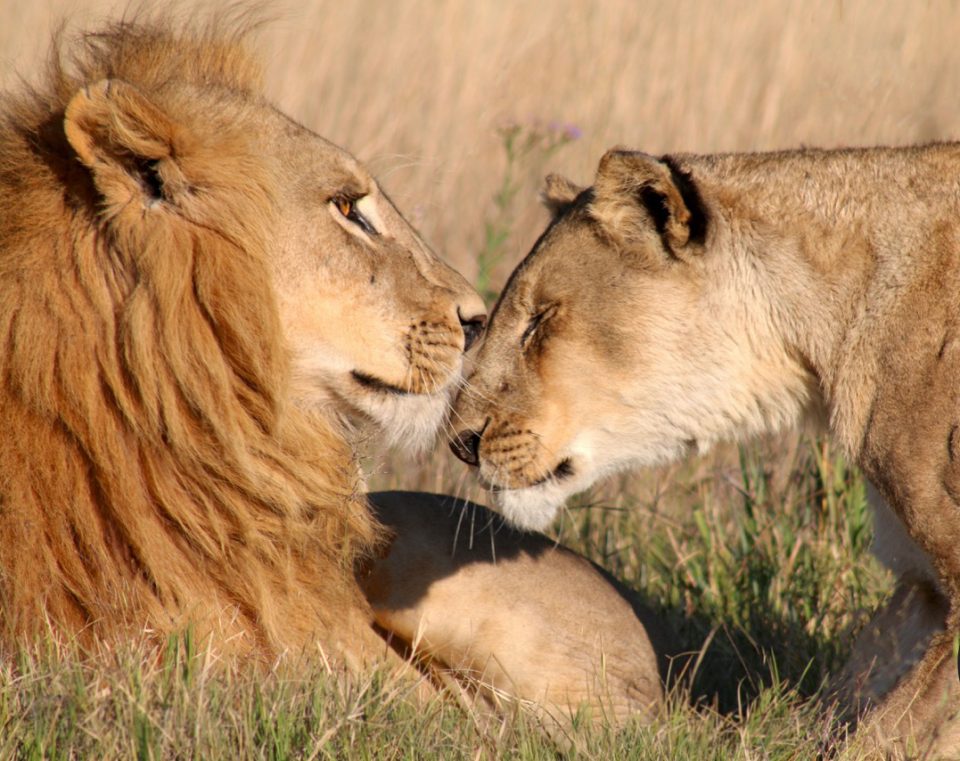 Part of the felidae family, lions are the second largest feline predator in the world after the tiger. These massive animals can weigh between 130 and 200kgs and reach from 120cm at shoulder height. The males are slightly bigger than the females yet will generally only live for 10 years to the female’s lifespan of 10 to 14 years.

Lions are found throughout sub-Saharan Africa and prefer a drier climate. They are often found in grasslands and riverbeds as their camouflage means they only need minimal cover with which to stalk their prey. Lions will feed on a variety of prey from small to large mammals depending on the size of the pride. They are also keen scavengers and have been known to get more than 50% of their meals by scavenging.

These magnificent creatures were once found across most of Africa. They now occur only in the south Sahara desert and in parts of southern and eastern Africa. Historically lions were also found from Greece through the Middle East to northern India. Lions have vanished from over 90% of their historic range, with the biggest decline occurring in the last 2 decades. They are now extinct in 26 African countries.

Support Wildlife ACT and help contribute directly to ethical and sustainable lion conservation. Wildlife ACT specializes in monitoring existing lion populations, which is essential when managing and protecting a species. We achieve this by:

Currently listed as “Vulnerable” on the International Union for the Conservation of Nature (IUCN) Red List of Threatened Species, lion populations continue to plummet across Africa. In some parts of the continent, this species are now classified as “Critically Endangered”.

The lion population in Africa has been reduced by half since the early 1950s. As many as 200,000 once roamed the planet. Now fewer than 20,000 remain in all of Africa. Of the 27 African countries and one Asian country where lion are still found, only seven of these countries are known to each contain more than 1,000 lions.

Habitat loss and fragmentation, unsustainable trophy hunting, illegal trade in bushmeat, and conflict with local people due to real or perceived threat that lions pose to livestock, are some of the major threats that remaining lion populations face.

In recent times, captive breeding and “canned hunting” has become one of the biggest threats facing this species. Approximately 1,000 captive-bred, hand-reared lions were killed in South Africa last year – fueling a multi-million dollar international industry. It is estimated that there are currently between 6,000 and 8,000 predators still in captivity – mostly living in appalling conditions.