The Crossroads Pack of African wild dogs in Hluhluwe reserve (South Africa) hadn’t been seen for two weeks. The wildlife volunteers Rocky Casillas, Linda de Haan, Rose Bell and Irina Wojahn, along with wildlife monitors Axel Primmer and Cathy Hue got their signal from a valley where the wild dogs were hiding. Two weeks ago this pack had been seen with ten puppies crossing the road. We, the volunteers, were just starting to give up the search for the wild dogs, as we had only four days left before we moved on to our next project or home. We had a signal for Ian (the alpha male of the pack) and decided to have a coffee break while waiting for the wild dogs to move.

All of a sudden Rose said: “There is a wild dog!”

Everybody looked up to the hill, where she was pointing and saw one wild dog looking at us. The wild dog had probably heard the team talking and decided to check it out. Then he moved back over the hill to join his pack. 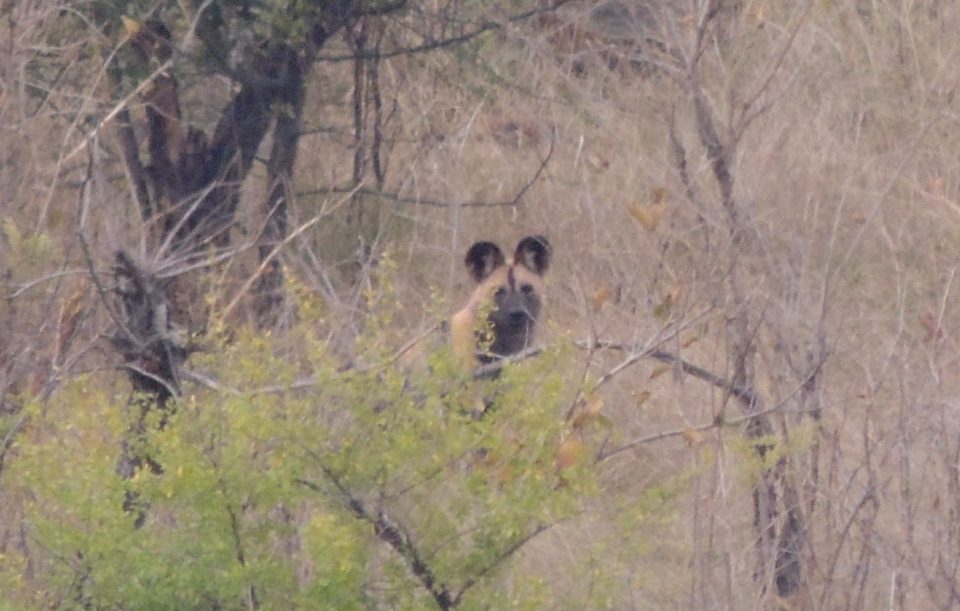 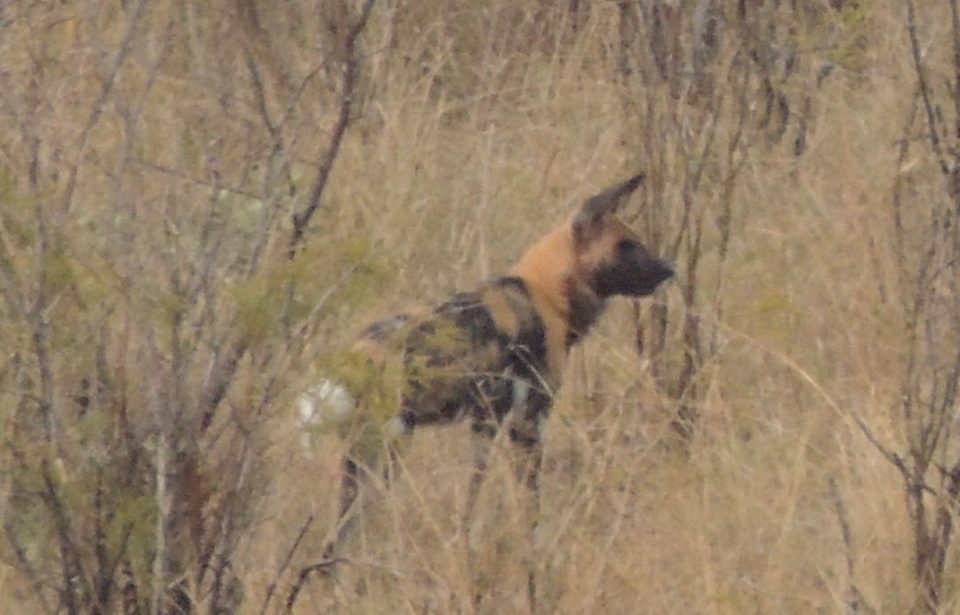 With the pictures the we took, we were able to identify the dog as Summer, one of last year’s puppies. Team Hluhluwe was excited to see him and we are happy to know that he is doing alright. A few days later Ian’s signal had moved from the valley to the mountain just past the camp. It looks like the Crossroads Pack is moving again.

Hopefully they will show themselves more often to the volunteers and monitors of Hluhluwe.