Monday the 2nd of March was the starting day of a fresh new group of conservation volunteers, of Swiss / German / Alaskan and Dutch origin. We were all very exited to start on the project under the supervision of Peter Thorpe, the monitor at iMfolozi, South Africa.

After we were settled, Peter talked us through the iMfolozi wild dog monitoring project so that we would be well prepared and ready to go and find some African Wild Dogs! On the Tuesday afternoon, we set off in search of three Wild Dogs who need to be collared in order for future monitoring to occur. After five hours, we did not have a visual sighting but managed to locate another group of wild dogs using the telemetry equipment. After dark, we got back to the camp after seeing a lot of other wildlife and after having had our first taste of searching for the Wild Dogs! 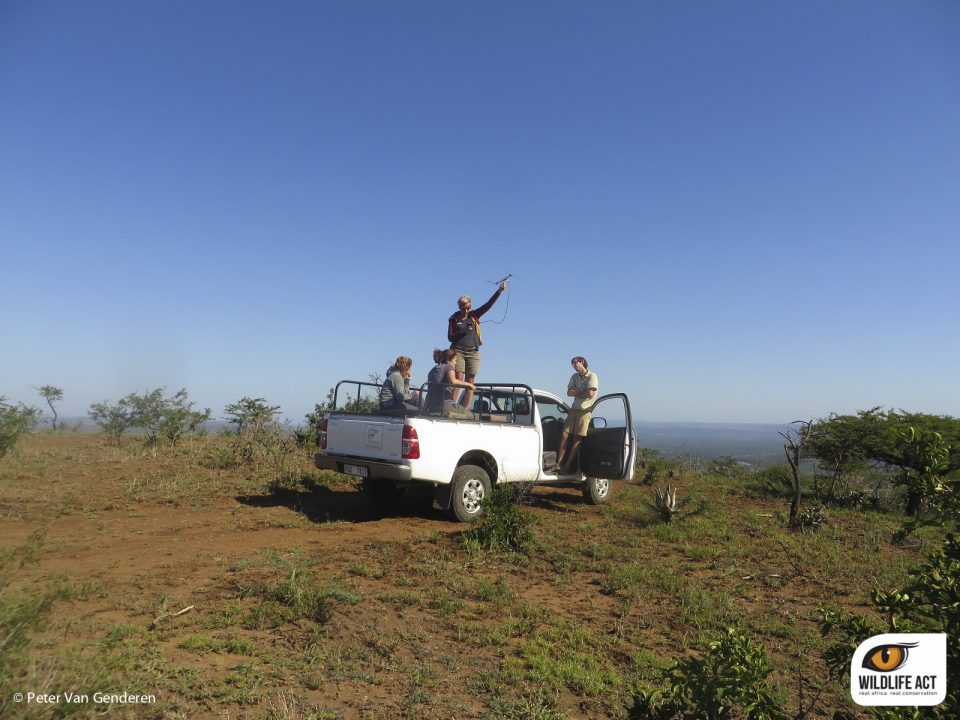 The next morning, the alarm was already ringing at 03:30 AM. We leave early to give us the best chance of finding the Wild Dog pack. After two hours of wild dog monitoring…bingo! We found the pack busy hunting some impala for breakfast! As quickly as we saw them, they disappeared again. Later, we found marks on the road, which confirmed the dogs were resting with full bellies. Thus, we could leave them and head back to camp, then follow up in the afternoon. 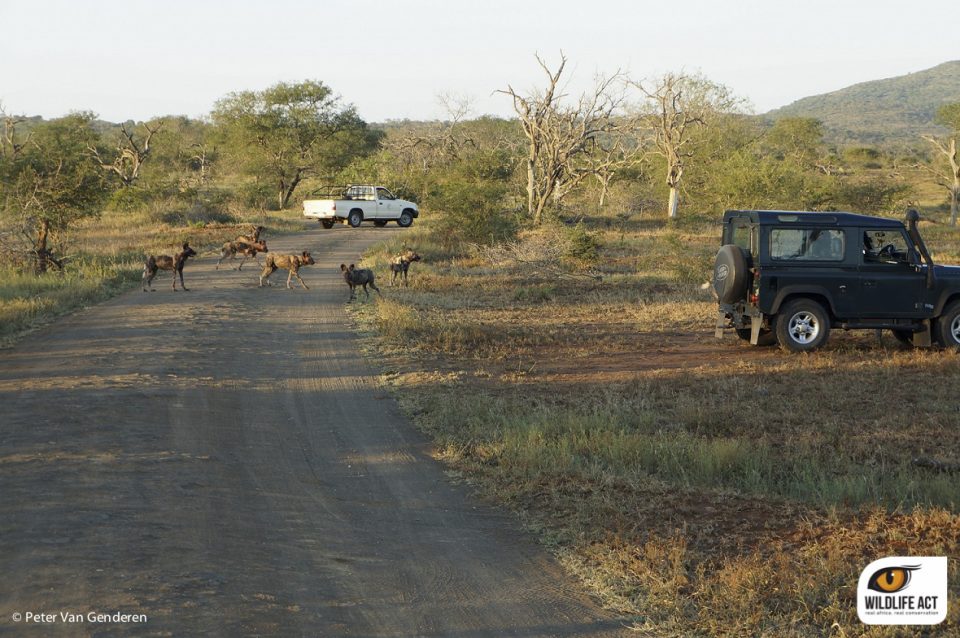 This pack was in need of a new collar – so we prepared ourselves for a possible collaring operation that afternoon. Unfortunately the mission got postponed to the next day but we still had to locate the pack for the next morning. We found them again hunting impala and chasing off hyena who were hungry too.

Next morning… Another early start to the day, but an exciting one as it was time to put a GPS collar on one of the dogs. After a while, we located the pack of Wild Dogs. The collaring operation went ahead quickly, and then … Mission Accomplished! A new GPS collar had been fitted onto one of the dogs, providing beneficial data, assisting in the conservation of these special animals. The collar operation is part of an ongoing monitoring and management programme in Hluhluwe-iMfolozi Park (HiP). It is made possible through collaboration between Ezemvelo KZN Wildlife (EKZNW), the Endangered Wildlife Trust (EWT) and Wildlife ACT. The collar was kindly donated by Wildlife ACT Fund. 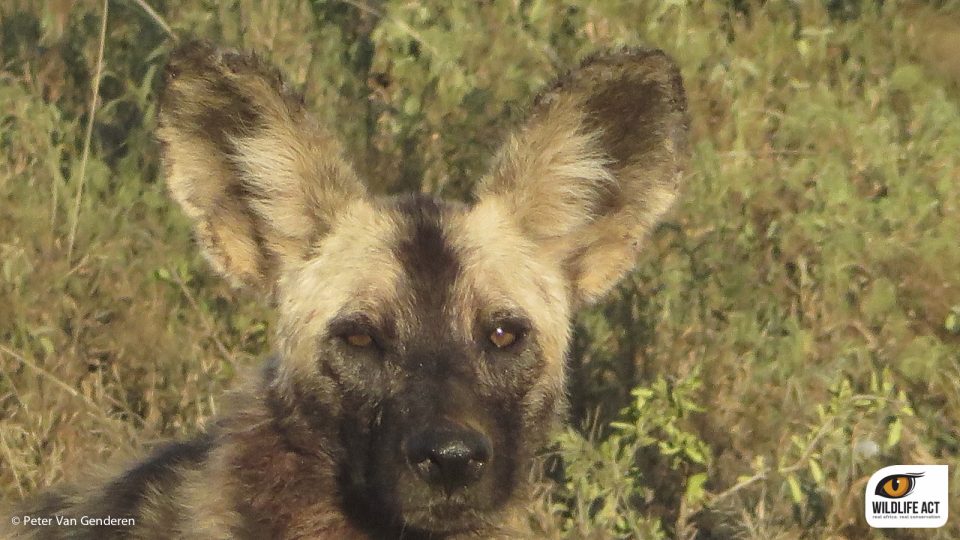 This was only the start of our two weeks of volunteer work with Wildlife ACT at iMfolozi in Zululand. Awesome!