Wildlife ACT monitors and wildlife volunteers set up and move camera traps in the field on a regular basis in order to find specific animals in certain areas. At Zululand Rhino Reserve (South Africa) we have a designated Carcass Camera. This camera trap is set up near a carcass (animal which has been killed either by a predator or natural causes) in the hope of photographing some of the more elusive species, such as brown hyena, spotted hyena and even bush pigs and black-backed jackals. 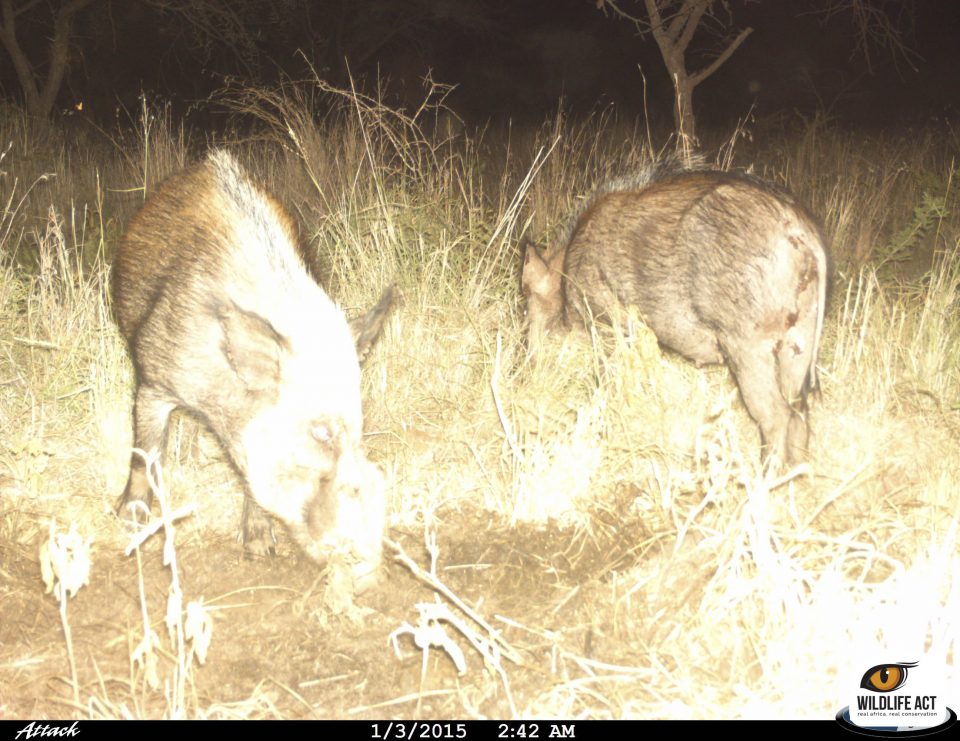 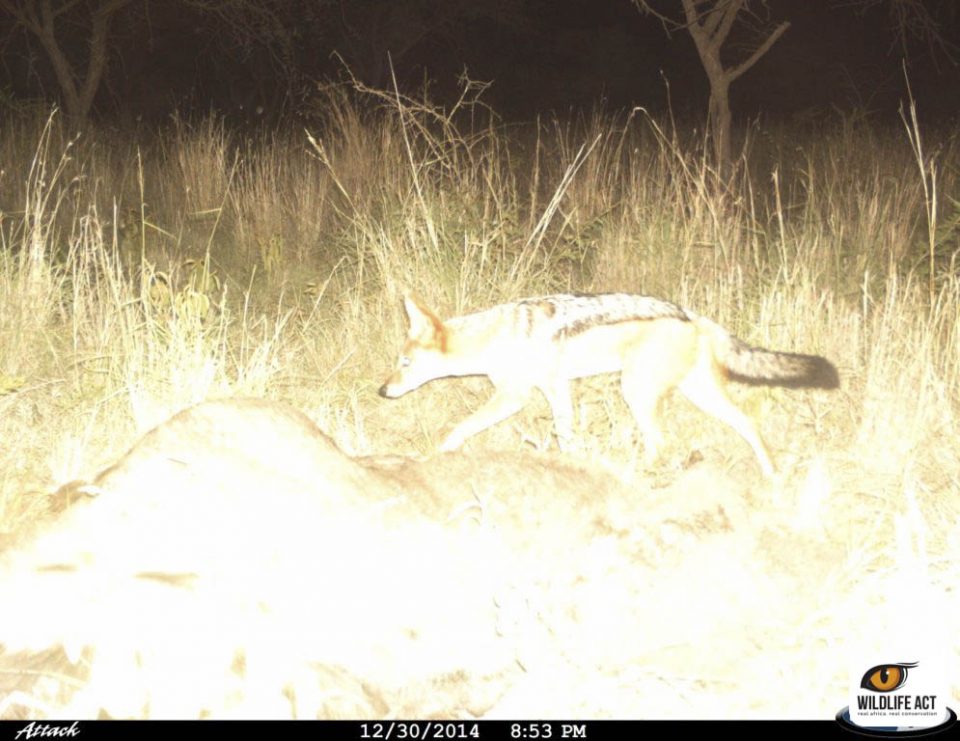 Earlier this month a female lioness with her two sub-adult cubs made a blue wildebeest kill, next to the Wildlife ACT volunteer house driveway. 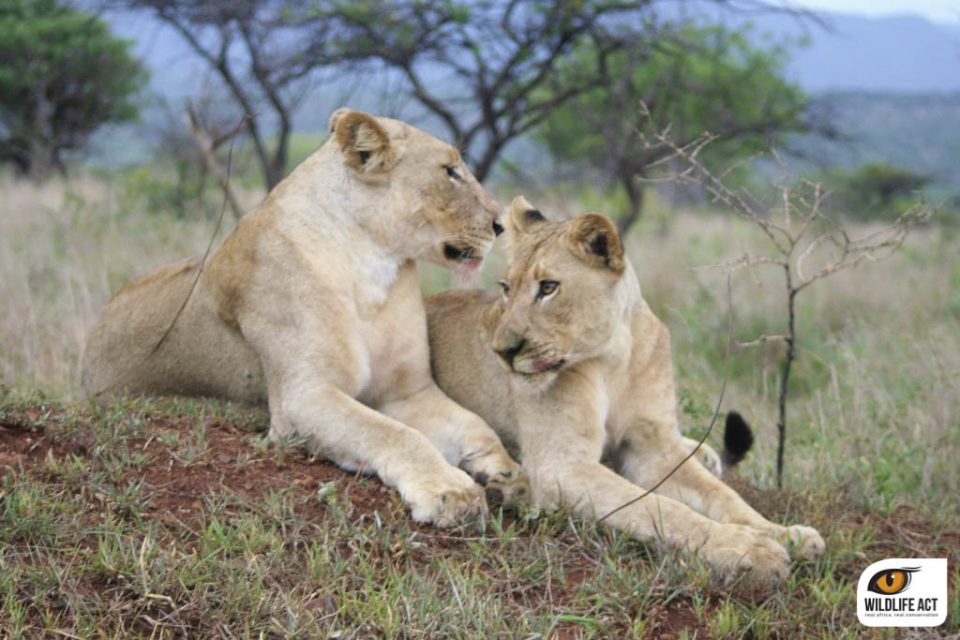 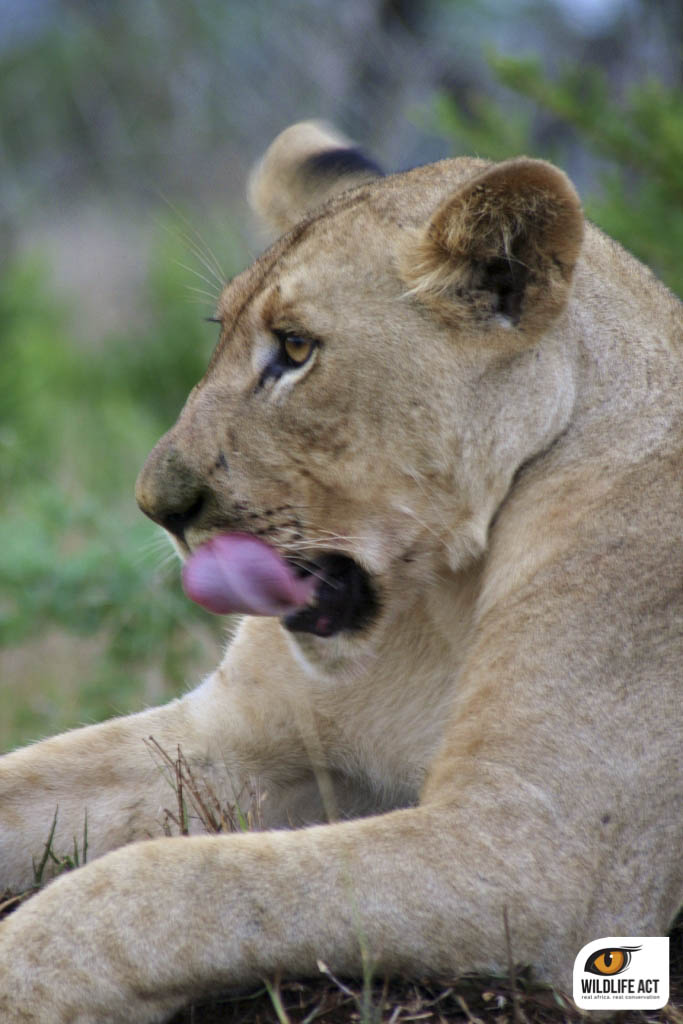 The following day, when the coast was clear of course, a camera was set up pointing towards the carcass and we walked away… 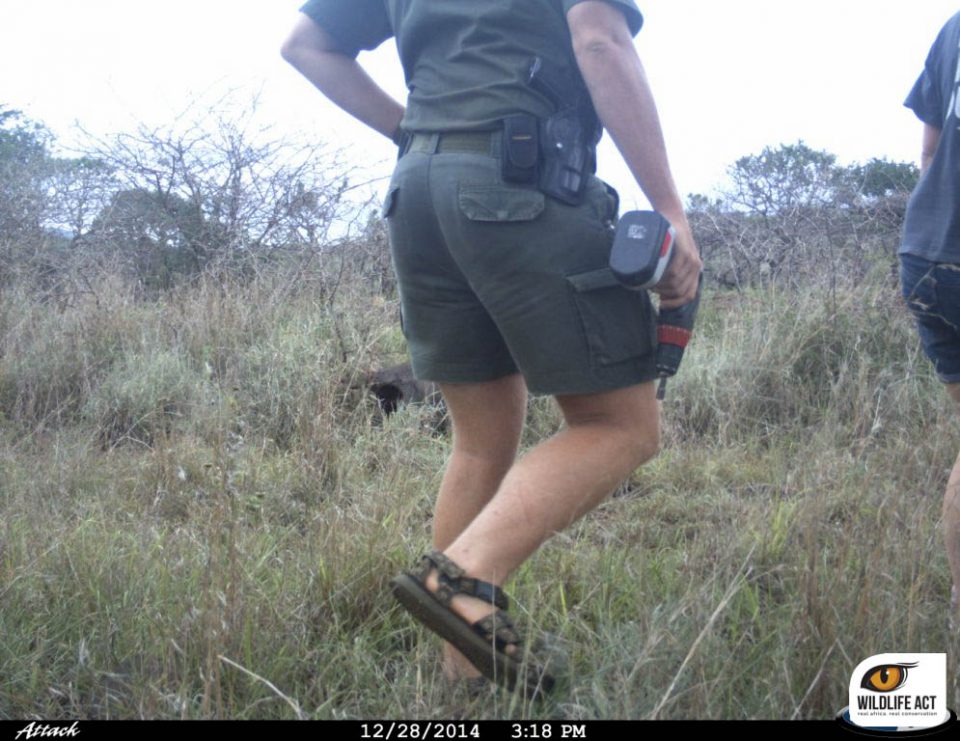 Setting up the camera trap next to the carcass.

…excited to see what we would discover when we came to check the carcass camera in a few days. Little did we know that the lions, who apparently were not done with their meal, were not too impressed about being photographed whilst at the dinner table. 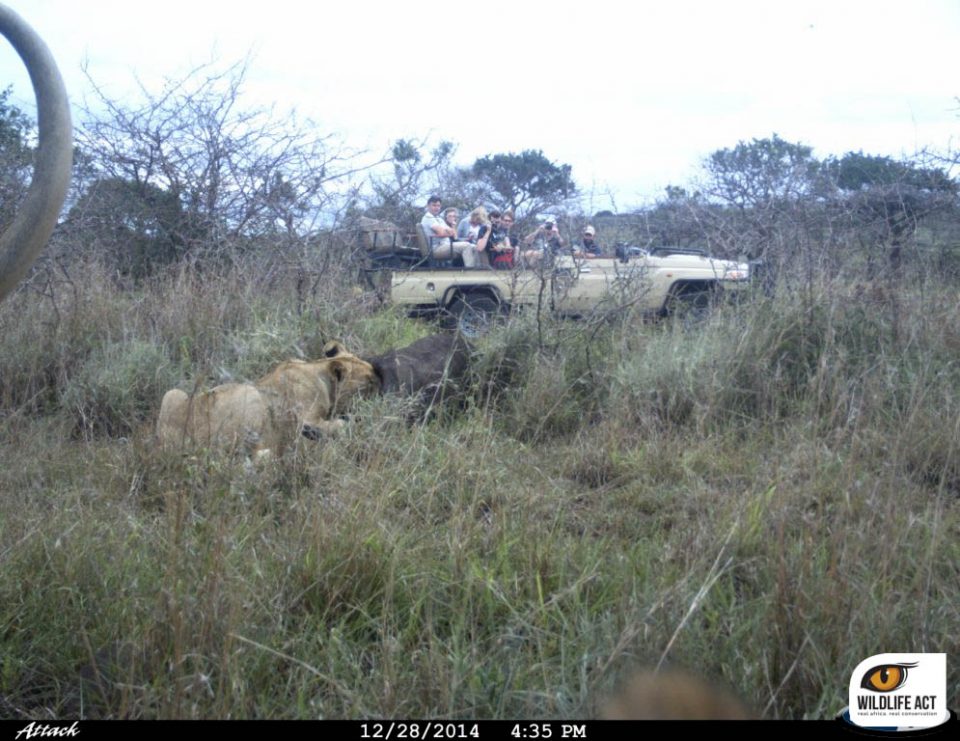 This series of carcass camera photographs depicts the events which unfolded. 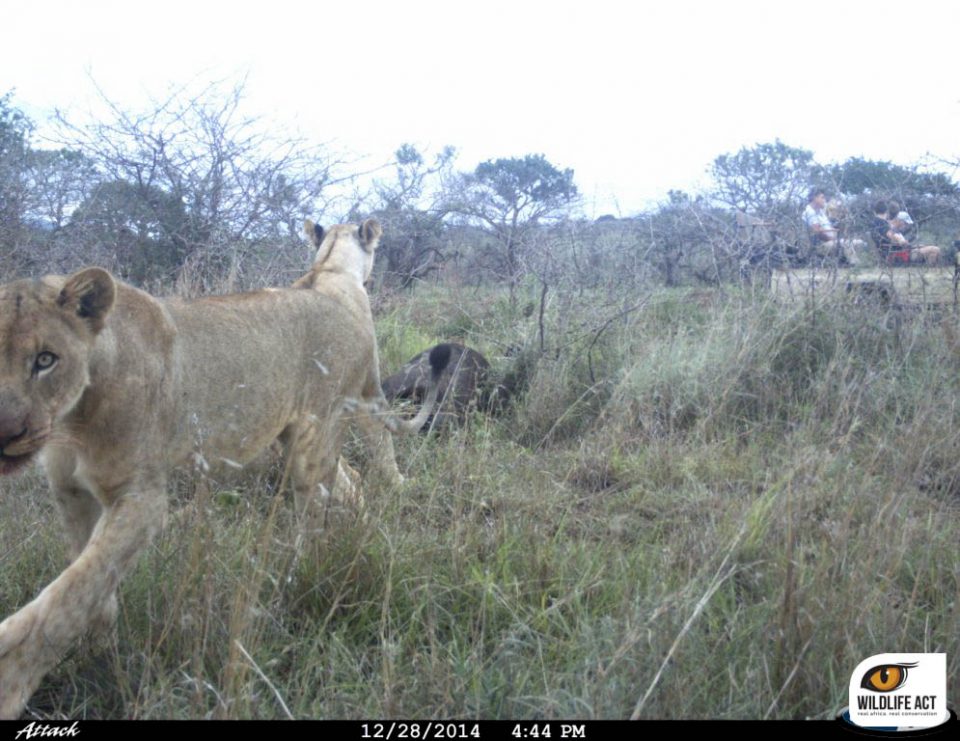 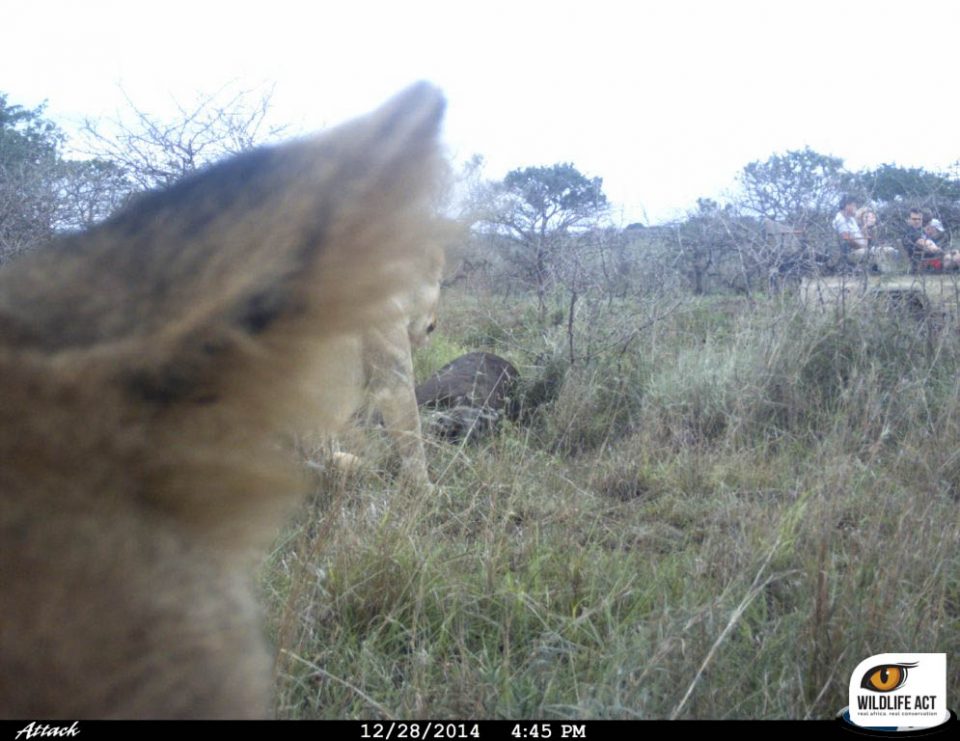 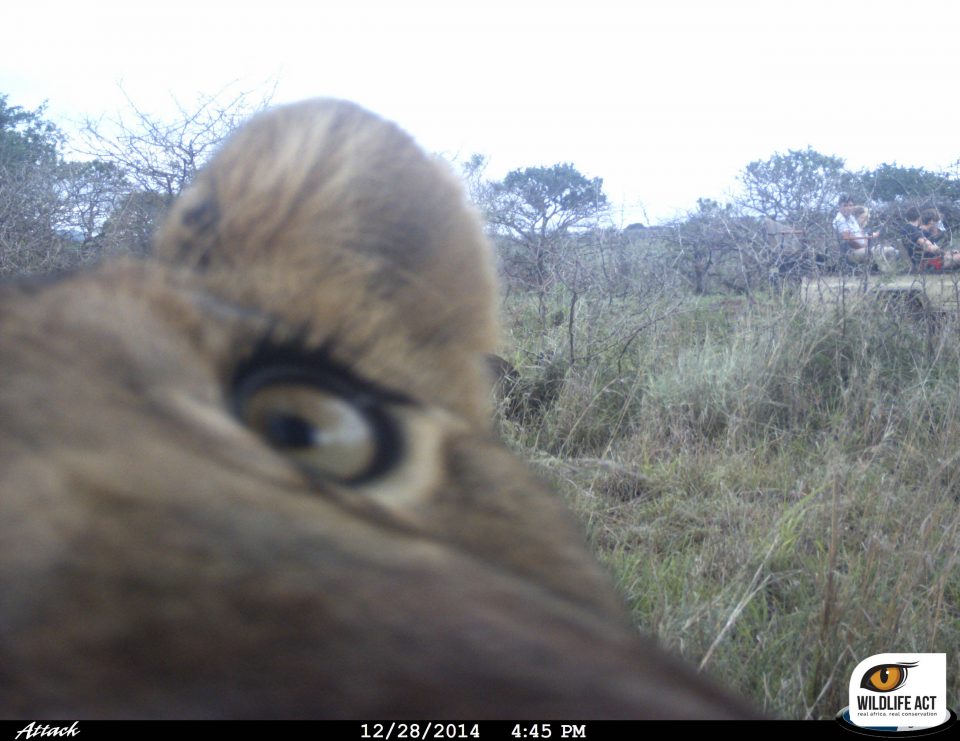 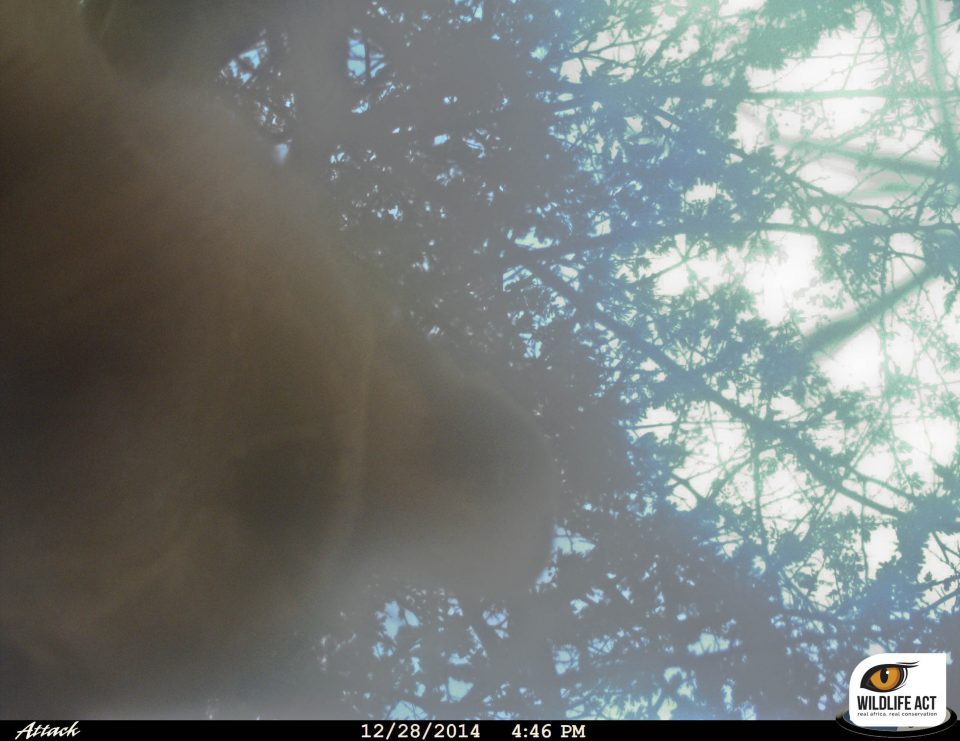 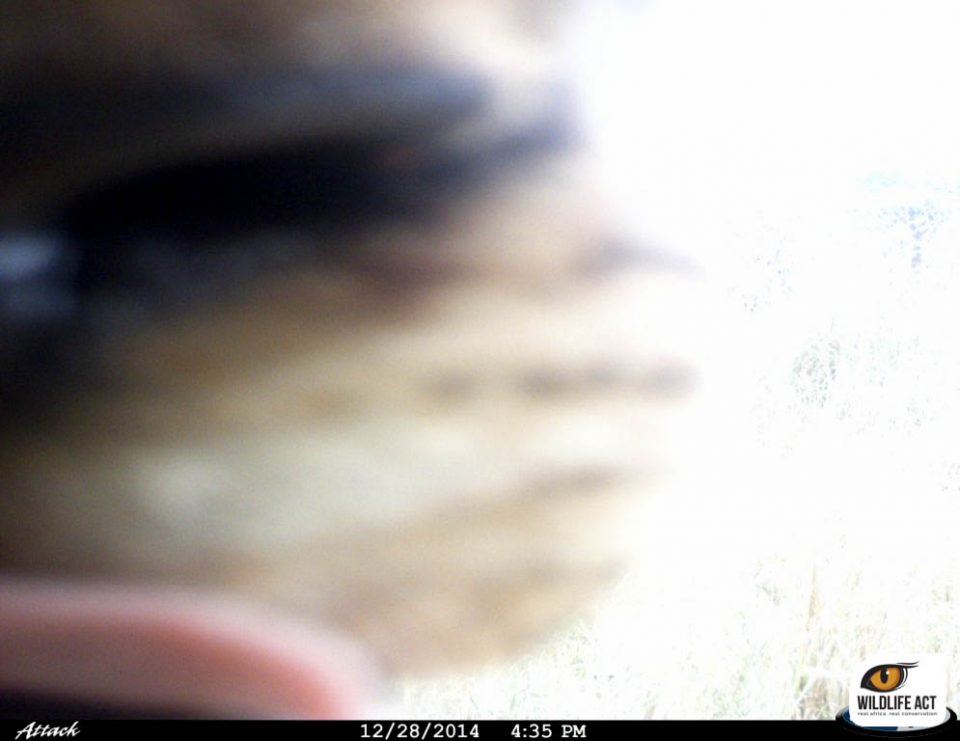 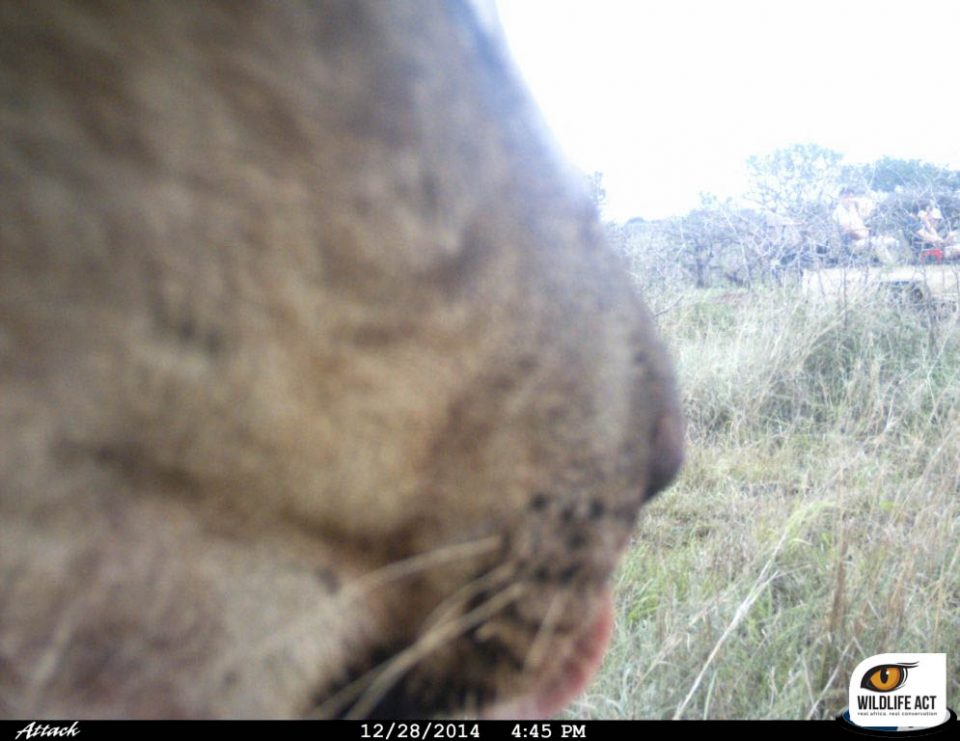 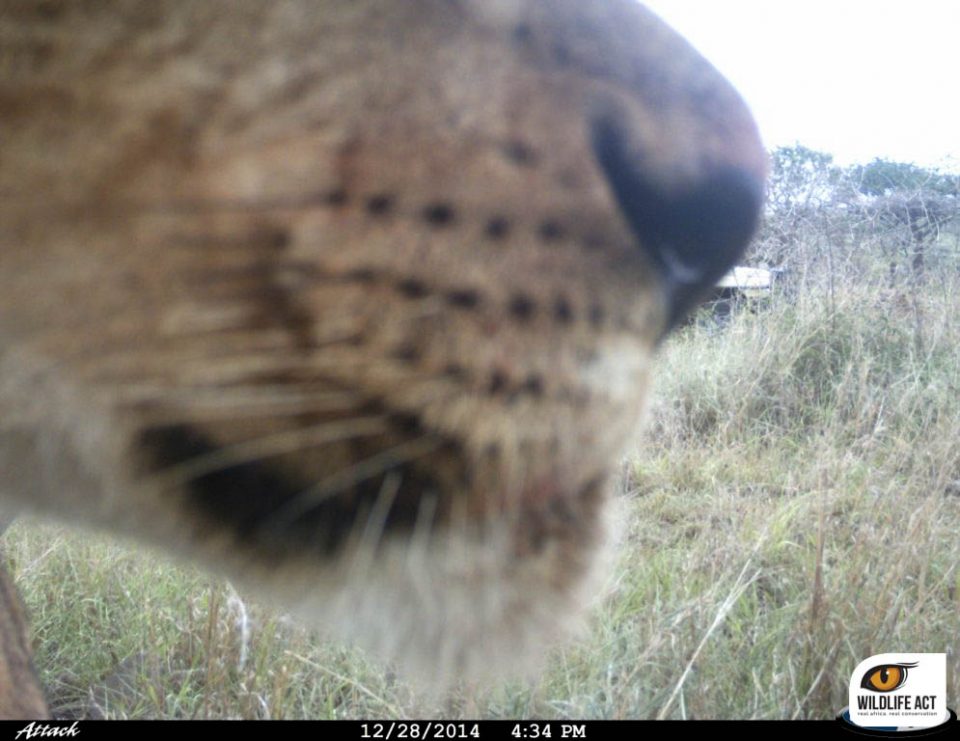 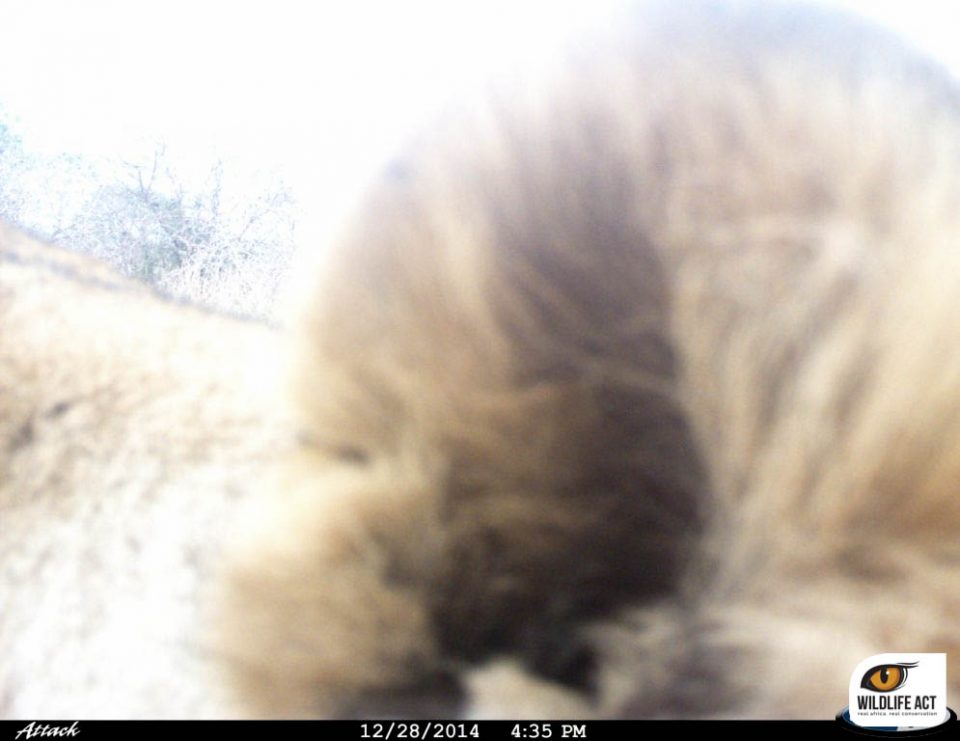 Thankfully the carcass camera trap (although removed from the tree) wasn’t carried off too far and was unharmed!