Spring has sprung and with it comes a renewed focus on matters of love. Here in the uMkhuze Section of iSimangaliso Wetland Park World Heritage Site, that means the lions are getting frisky. There are currently seven lions on the reserve including one female with two cubs who will not come back into oestrus until her cubs have ‘fledged the nest’. The other four lions are a different story. 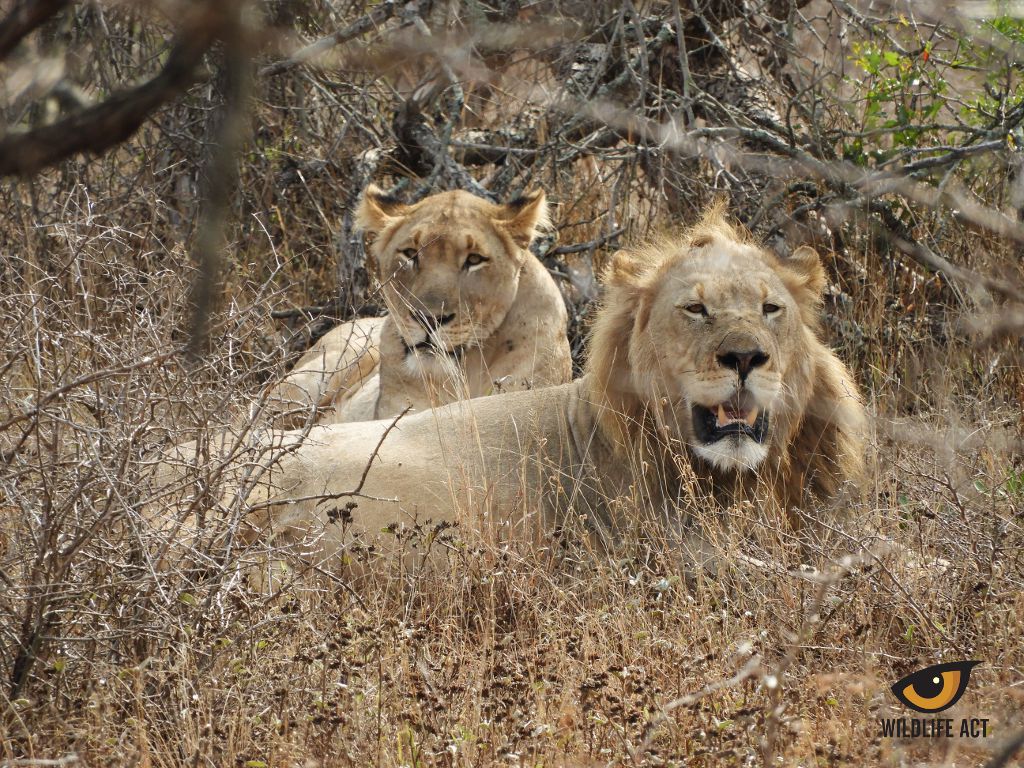 Kalahari male with a Tembe female. Photo by Giuliana Galante

Just over a year ago, a coalition of males from the Kalahari were introduced into uMkhuze Game Reserve. This move was made in accordance with the comprehensive Lion Management plan that has been put in place by Ezemvelo KZN Wildlife. The plan was to bring in new, strong genetics to increase the heterozygosity within the lion population. A series of behaviours over the past several weeks indicates that they are well on their way to getting the job done.

When it comes to mating, lion monogamy is out the window. Females will mate with multiple partners and since there’s no specific breeding period, lions mate several times a year and the mating marathon can involve more than 50 romps a day.

The lionesses in uMkhuze have been seen keeping company with the Kalahari brothers on various occasions. For two days one female was seen with them and appeared to be making herself at home. On the third day, a telemetry scan told us that the other female was just across the road. Within minutes the submissive brother got up and trotted across the road to check her out. His dominant brother soon realized what was happening and hurriedly got up and went after them – leaving the first female behind. Not to be ignored, she too got up and ran after them. At that point we didn’t know who would win this game of temporary love.

The next time we saw them it was back to the original three. The males had obviously sorted out who would be her suitor as the submissive brother kept his distance and the dominant male started to make his move. When he tried to approach and mount her, he was promptly shut down with a swipe to the face. She may have rejected him this time, but with few other options for her in the Park, we may be seeing the Kalahari genes being proliferated through the reserve within the next four months.