Wildlife ACT endangered species monitor, Cole du Plessis, came across this interesting scenario one morning while he was out monitoring the Wild Dogs with his wildlife volunteers. The Mkhuze Wild Dog (also known as Painted Dog) pack had come across a few white rhinos. The courageous Wild Dogs were out hunting and had just missed an Impala. Being a bit hungry and frustrated, the pack came across a rhino bull, a cow and a calf. The Wild Dogs then started closing in on the bull and after circling it for 20 minutes with continuous run-ins by individual dogs to begin the ‘take down’, they eventually gave up. The two and a half ton rhino bull had given them a number of warning charges and was clearly unimpressed with the attempts of the pack! 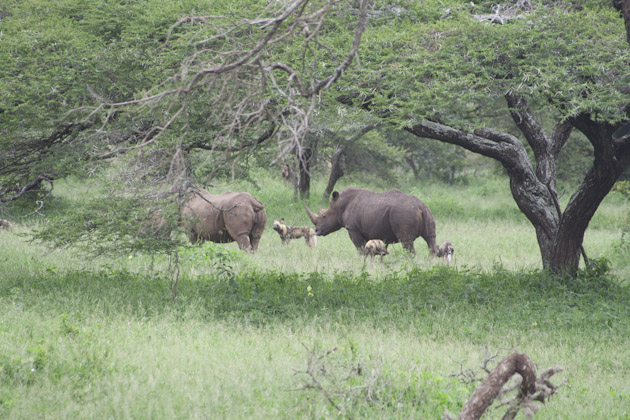 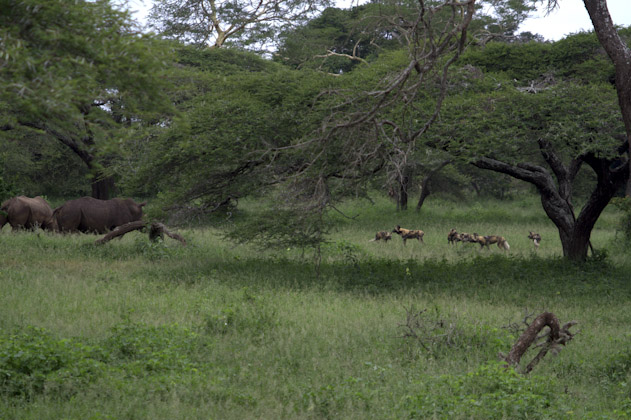 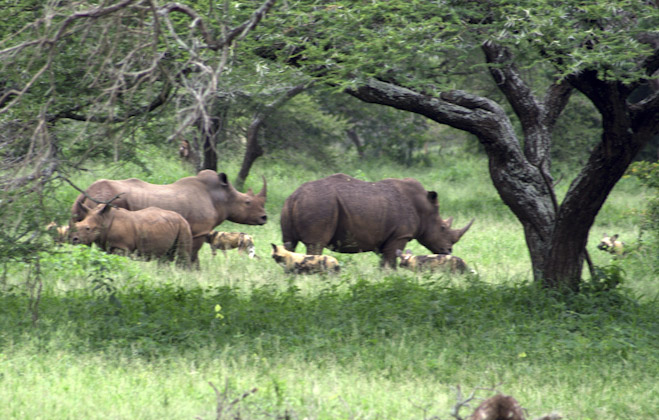 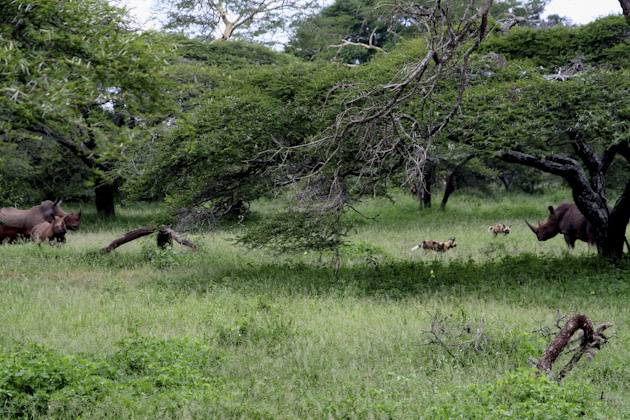 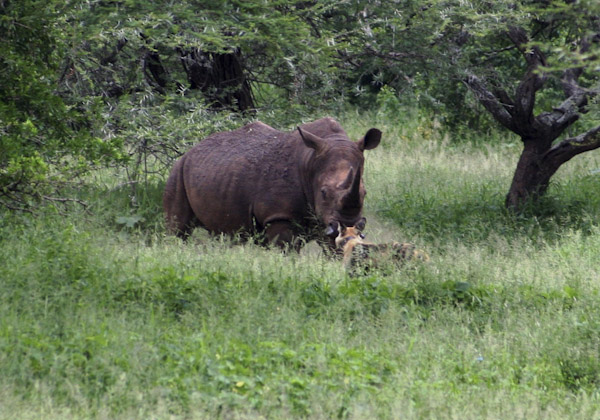 As Cole says ‘Wild Dogs don’t ask for respect, they demand it!’