Waking up at 3am can have its rewards!

The night was cold with the brilliant moon illuminating the landscape with a silvery light. Everyone was hazy with sleep as we bumped our way through Somkhanda Game Reserve towards the spot where we had left the wild dogs the previous evening. Just then on the side of the road, doing it’s best to imitate a rock, was an aardvark feeding on a grassy knoll. Excited to spot the first aardvark seen by Wildlife ACT conservation volunteers at Somkhanda, we nearly missed the chance to get a photograph. We had to wipe away the sleep cobwebs to get cameras, lighting and balance before the shy creature had a chance to disappear into the thicket across the road.

The reason for this drought in aardvark sightings is due to their nocturnal and solitary nature, which leaves few chances to see them in the open. The fact that they adapt to take on the colour of the soil also doesn’t help sightings. To top it off there’s no chance of seeing one sleeping, as they sleep in burrows and close the hole behind them.

Luck plays a big part in these sightings and we realise just how lucky we were that early morning to get a close look at this elusive animal. 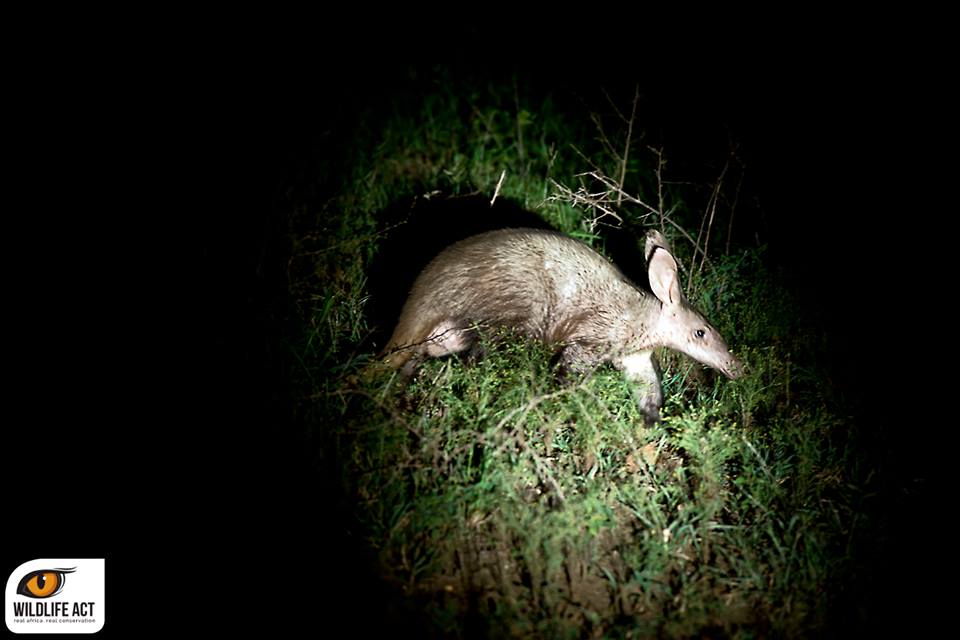