Wildlife ACT opened its project in the northern Hluhluwe section of the Hluhluwe-iMfolozi Park in June 2010. We were tasked by Park management (Ezemvelo KwaZulu-Natal Wildlife) to find out the population density of Leopard and Cheetah in the Park and compile Identification Kits for the individual animals, as well as to assist with the monitoring of a number of endangered species (including African Painted Dog and Black Rhino) and priority species (including African Elephant and Lion).

Given that the size of Hluhluwe-iMfolozi Park (or HiP) is approximately 96,000 hectares and our Wildlife ACT team consisted of one monitor and a maximum of four conservation volunteers in one vehicle, it was a no-brainer that the most suitable method for finding out the population density of leopard and cheetah in the Park would be the use of cameras in the field.

We had 30 Cuddeback Capture cameras at our disposal, which had flashes and were triggered by movement. Our initial plan was to divide the Park into 15 grids, and place a camera station in each of these. Camera stations are positioned along well-used animal paths or management roads, which are regularly traversed by Leopards. 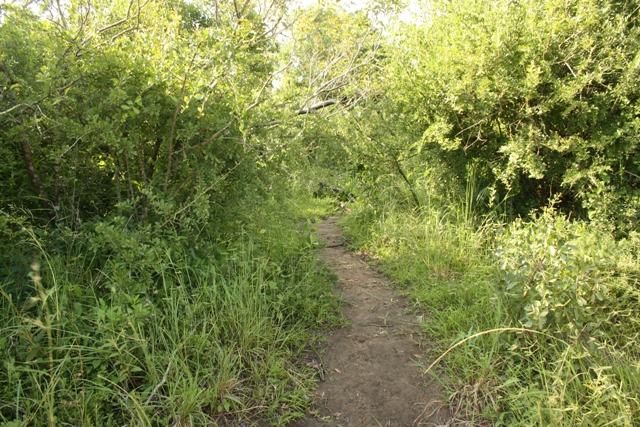 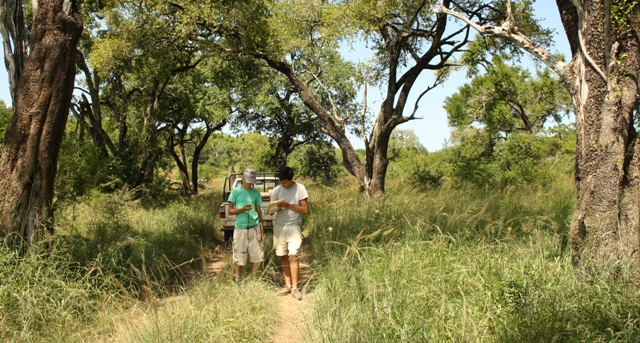 One camera is placed on each side of the path or road, in order to capture both sides of an individual leopard walking past the cameras. 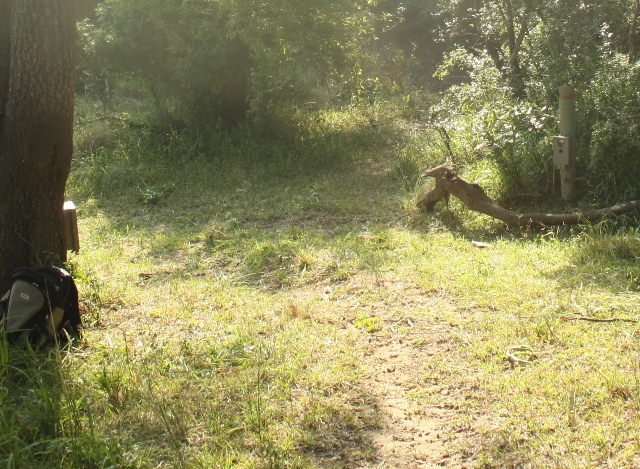 With photographs of both left and right sides of a Leopard or Cheetah, it is possible to identify an individual from distinguishing rosettes or spots, or groupings of these, on the animal’s flanks. These photographs are then used for the identification kits of individual leopards or cheetah.

The following two photographs were taken by two cameras at the same time at one of the camera stations. This is an example of the perfect capture (with reference to photographs, not the physical capture of the animal).

The perfect capture – Left and right sides of the same individual Leopard taken at the same time.

Of course any type of scientific research requires a testing phase before being implemented in the field. We thus ran Trial Survey 1 in 2010, for a period of approximately three weeks, in order to test a number of variables related to the success of the upcoming official census (such as duration of batteries, correct placement of cameras in terms of effective height and distance from the subject, capacity of SD cards, animal reactions, etc.).

Trial Survey 1 produced a total of 1751 captures (or photographs). There were 17 captures of Leopard from 11 of the 28 cameras used. There were, however, no photographs of Cheetah!

It was back to the think tank – we would evidently have to find an alternative method for collecting data on the cheetah population of HiP!

It is known from monitoring the behaviour of cheetah, that they utilise trees as vantage points and for scent-marking. The same tree will be visited on numerous occasions by a cheetah when in the area in which it is situated.

Although it was by no means going to be an easy task, we decided to locate as many of these trees as possible, and to position the cameras next to them.

We were thankfully able to pick the brains of current and past Ezemvelo KwaZulu-Natal Wildlife (or EKZNW) staff members, as well as external tourist guides and local visitors who drive through the park on a regular basis. With their combined knowledge and photographs, our search for cheetah vantage and scent-marking trees began to bear fruit.

We positioned cameras at all of the active cheetah scent-marking trees we found (i.e. those with fresh cheetah scat in evidence).

Wildlife ACT cameras were positioned at trees with fresh Cheetah scat at their base or on their trunk.

And so it was that after much research, consultation and deliberation, Trial Survey 2 began . . .

Trial Survey 2 ran for a period of six months (over the end of 2010 and the beginning of 2011). It produced a total of 1921 captures (or photographs). There were 138 captures of cheetah from 15 of the 31 cameras used – a clear indication that this method would work.

Two of the many Cheetah photographs captured during Trial Survey 2 in HiP.

The Cheetah photographs kept rolling in during Trial Survey 2, proving the success of the new method.

This story does not end happily at that point, however! As Wildlife ACT conservation volunteers will explain, “This is Zululand, not Disneyland”! Although Trial Survey produced 138 captures of cheetah, only 1 of those was of a female cheetah (due to the simple fact that female cheetah do not scent-mark).

Only 1 photograph of a female cheetah was captured out of a total of 138.

Given this fact, it was decided that the Wildlife ACT research into the population density of cheetah in HiP would have to be undertaken on a long-term basis, with the aim of identifying as many individual cheetah as possible (as opposed to using statistics to get an average number of cheetah).

At this point we have to rely on physical sightings of cheetah to collect data and photographs of the female cheetah in the park. We have had some success with this, thanks to the assistance of Wildlife ACT staff and volunteers, EKZNW staff members, tourist guides in the park, and a few very dedicated conservationists who visit the park on a more regular basis.

Romano Volker is a South African resident, who tries to visit HiP at least once a month. He has been a true assistant, and sends us data on all the sightings he has of cheetah in the park (including date, time, area description, GPS location and photos of the flanks of the individual whenever possible).

Photographs taken by Romano Volker of cheetah at Hluhluwe-iMfolozi Park.

Together with the assistance of visitors to Hluhluwe-iMfolozi Park, and the cameras positioned at cheetah scent-marking trees, Wildlife ACT hopes to have a more accurate and detailed knowledge of the individual cheetah in the Park in the near future. This knowledge will assist Park Management with future decisions and policies related to this Vulnerable species.

Thank you to all our conservation/wildlife volunteers who have worked tirelessly with our team – you have contributed enormously to the management of these two species in Hluhluwe-iMfolozi Park.

Should you be interested in assisting with this interesting and challenging task, please feel free to contact Cathy Hue (cathy@wildlifeact.com).