A female Cheetah and her four cubs were seen by the Mkhuze Game Reserve field rangers in the south of the reserve yesterday, which is very good news for the Cheetah population in Mkhuze, South Africa. In July this year, two Cheetah were unfortunately poached in Mkhuze.

The Mkhuze conservation volunteers and Cole Du Plessis, Wildlife ACT’s endangered wildlife monitor, were then lucky to find another Cheetah nicknamed, Misty and her five cubs, feeding on an Impala carcass not far from the Mkhuze volunteer/research camp. Cheetah cubs have a high mortality rate due to predation by other carnivores, such as the lion and hyena, and perhaps genetic factors. On average, the mortality rate amongst Cheetah cubs is over 50%. Fortunately, these cubs have passed the five month mark, making them more likely to make it to adulthood. This makes Misty a very special cat and a very good mom!

These two female Cheetahs may be what Mkhuze needs to sustain their Cheetah population in the future. 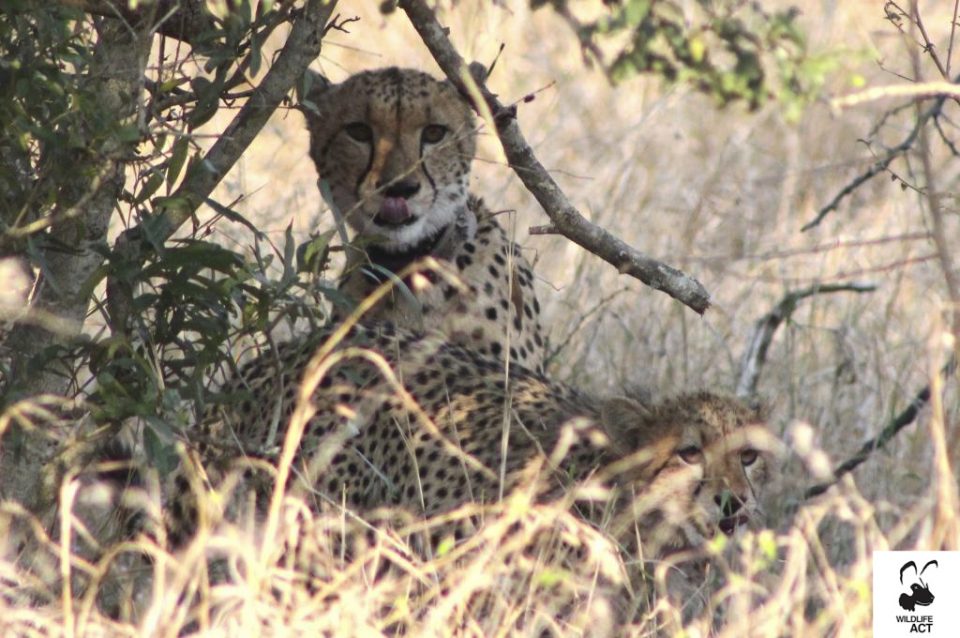 Misty and one of her cubs 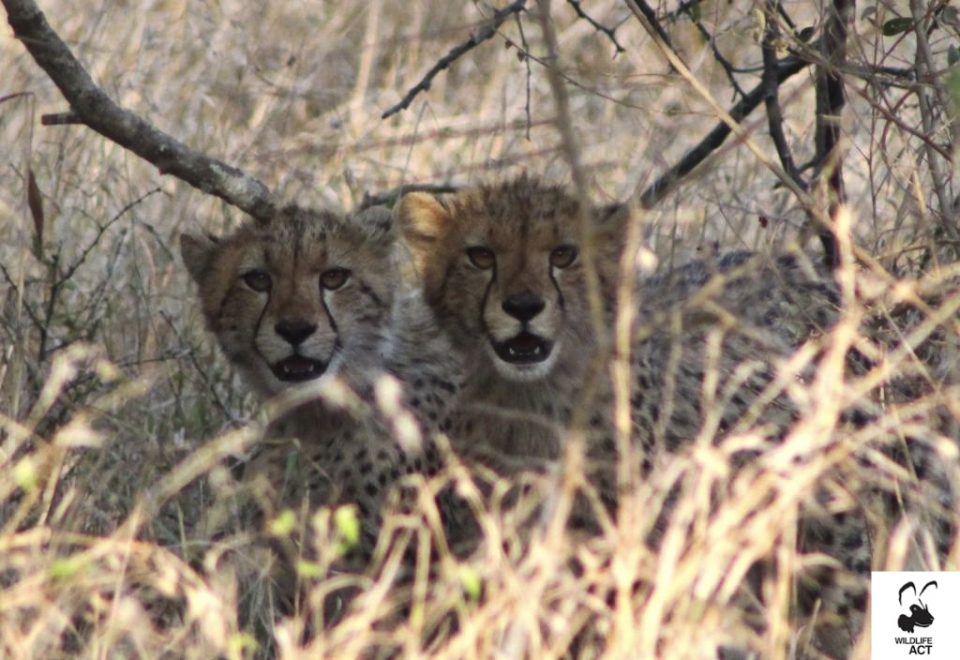