Two Wild Dogs sisters nicknamed, Norma and Solo, used to be part of the Crossroads Pack in Hluhluwe-iMfolozi Park. However, they decided to disperse from the rest of the pack a few months ago. The Wildlife ACT team decided to re-collar Norma as her tracking collar was nearing its end. Wild Dog dispersals often leave the Park and we didn’t want to lose them.

After Wildlife ACT and the vet, had successfully collared her, the conservation volunteers weren’t able to get a visual for a while. We eventually found her on Sunday and she’s looking great. Her collar is working perfectly and she has no fear of vehicles (so no change of behaviour there)!

What made the whole affair slightly surreal, was the fact that on the other side of the road to Norma and her sister, was a Black Rhino and he hung around for about half an hour. This particular rhino we found, had not been seen for over 150 days – so he was quite a find for the team! 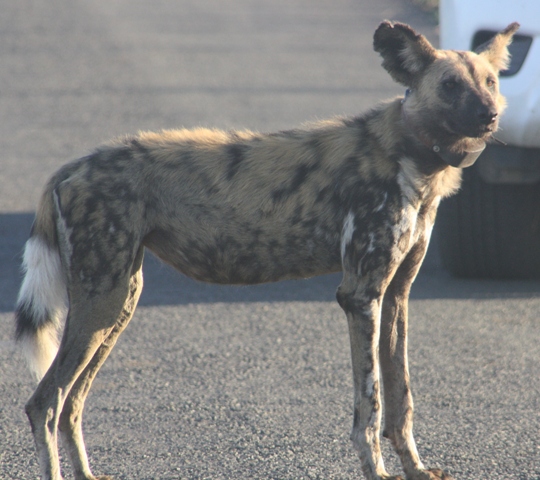