The Wildlife ACT Fund recently assisted the Wildlands Conservation Trust, the management authority of Somkhanda Game Reserve, with a white rhino collaring and notching operation on the reserve. Somkhanda is a community-owned game reserve in South Africa that was handed over to the Gumbi community through the land restitution and redistribution programme and is home to a healthy population of rhino. Wildlife ACT assists with many rhino conservation efforts on this reserve. 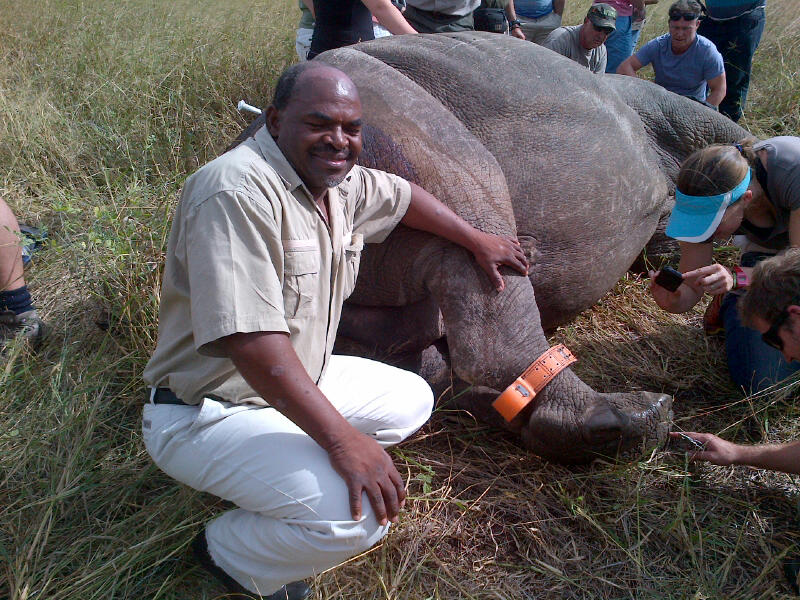 Inkosi Zeblon Gumbi, chief of the Gumbi community, joined in for the weekend’s activities.

Unfortunately in recent months the reserve has succumbed to the nation-wide scourge of rhino poaching and lost four white rhino in rapid succession. Thus the difficult decision was taken by reserve management together with the Gumbi community to dehorn their white rhino. Rhino dehorning is not ideal, but in conjunction with other rhino conservation measures such as increased monitoring and security, it can be an effective deterrent to poachers. Wildlife ACT stepped in to assist with the fitting of VHF and satellite tracking technology in the form of rhino foot collars to every eligible rhino on Somkhanda Game Reserve. 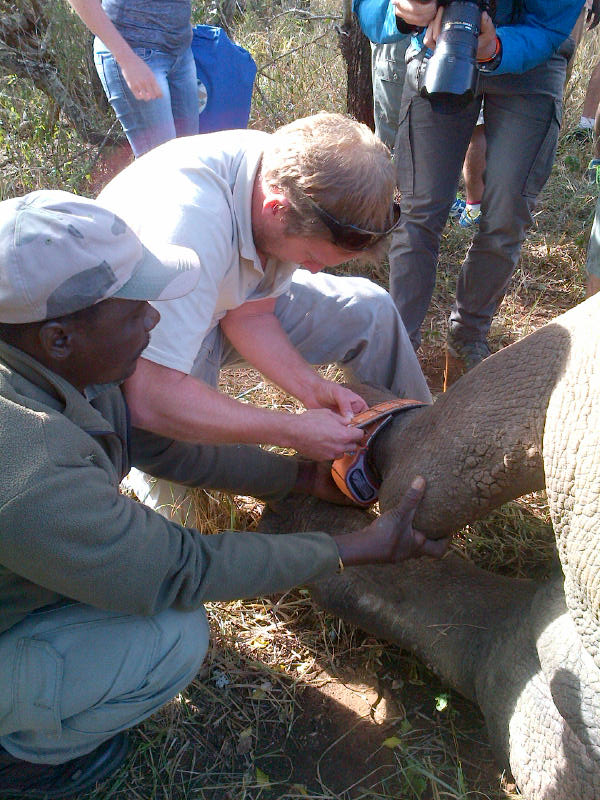 The Wildlife ACT Fund is responsible for rhino tracking and monitoring on Somkhanda Game Reserve. This enables us to better understand rhino movements and habits so that informed decisions can be made around security and management of the rhino population. We have also worked closely with service providers to develop the rhino conservation technology to monitor the rhino remotely. The result of this is the rhino foot collar pictured above. These are proving to be highly effective, robust and don’t affect the rhino’s comfort or mobility at all. Younger individuals were given a series of unique ear-notches to make them recognizable for closer monitoring. During this process DNA is also collected and recorded for future reference. 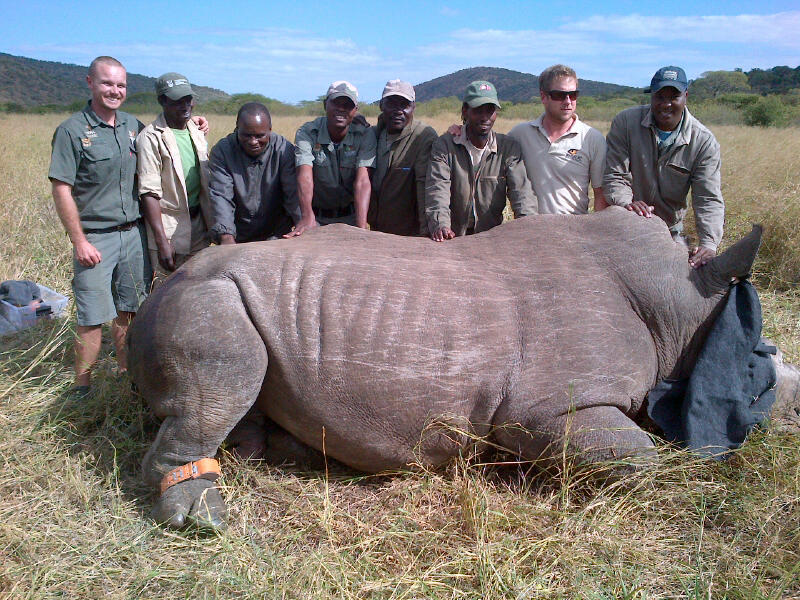 It is hoped that this multifaceted approach to rhino conservation will go a long way toward protecting Somkhanda’s rhino and securing this very valuable population.