The Giant Kingfisher (Ceryle maxima) is considered to be a “fairly” common species found in South Africa. For the Zululand Rhino Reserve (ZRR) conservation volunteer team however, spotting this beautiful bird one humid morning was a very special treat. 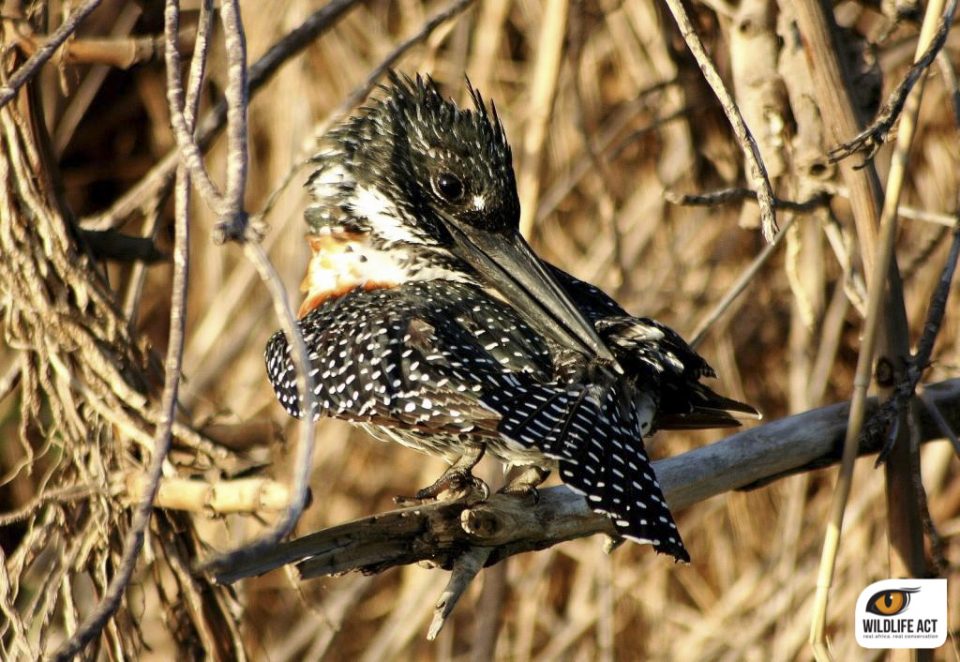 The Giant Kingfisher on ZRR

Giant Kingfishers feed mainly on aquatic organisms such as fish, and this is why, it was a treat to see this magnificent bird near one of the season river pans. Female and male birds take about a week to excavate a nest in a sandbank. The female lays 3-5 eggs which both parents incubate for 25-27days. The chicks are fed mainly by the male. And remain in the nest for just over a month. After leaving the nest they are still dependent on the parents for around three weeks.

The meaning of the term ‘Twitchers’:

Twitching is a British term used to mean “the pursuit of a previously located rare bird.” The term twitcher, sometimes misapplied as a synonym for birder, is reserved for those who travel long distances to see a rare bird that would then be ticked, or counted on a list. The term originated in the 1950s, when it was used for the nervous behaviour of Howard Medhurst, a British birdwatcher.

How to Contribute to Cheetah Conservation
12 Jun 2015