Many of the Wildlife ACT volunteers have met Craig the rhino, who has been travelling from one Wildlife ACT project in South Africa to another, making friends along the way. Craig the rhino originated when wildlife monitor, Lisa, bought him as a birthday present for a volunteer. He is one of the baby rhino stuffed toys that was sold in order to raise funds for the orphaned baby rhinos that are often left behind during this poaching crisis. The volunteer decided to leave Craig in the very capable hands of Wildlife ACT and has he become somewhat of a mascot at all the projects. 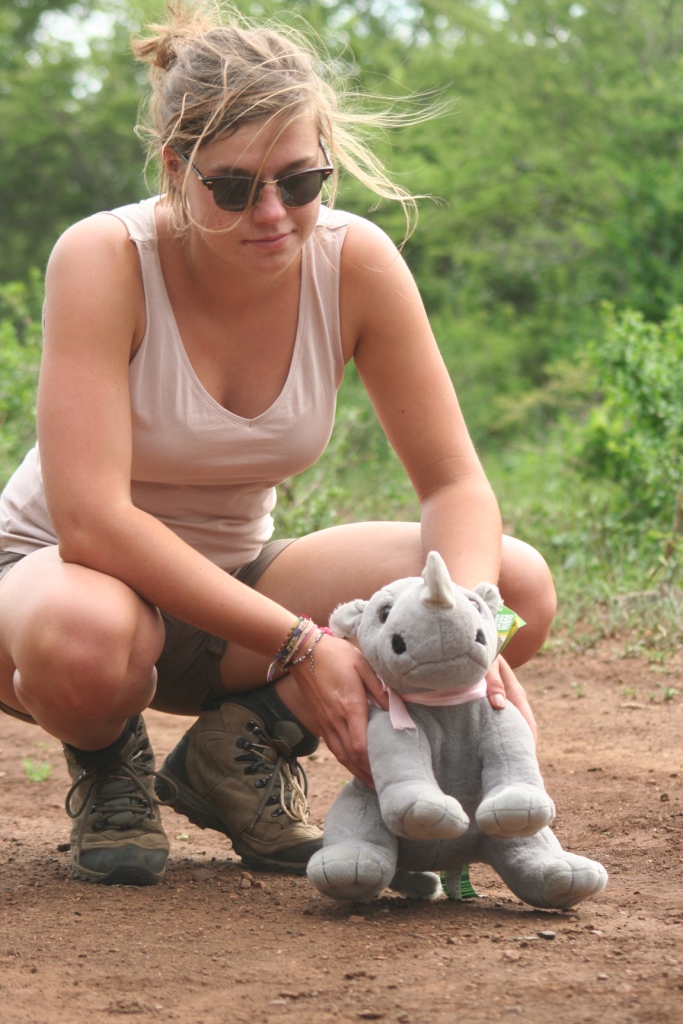 Leonie Ernst and Craig the rhino

Craig the rhino arrived at the Zululand Rhino Reserve (ZRR) for the first time on the 24th of November 2014, and has been going out with the ZRR volunteers on monitoring sessions. From lion, elephant, rhino to giraffe, Craig has seen it all. 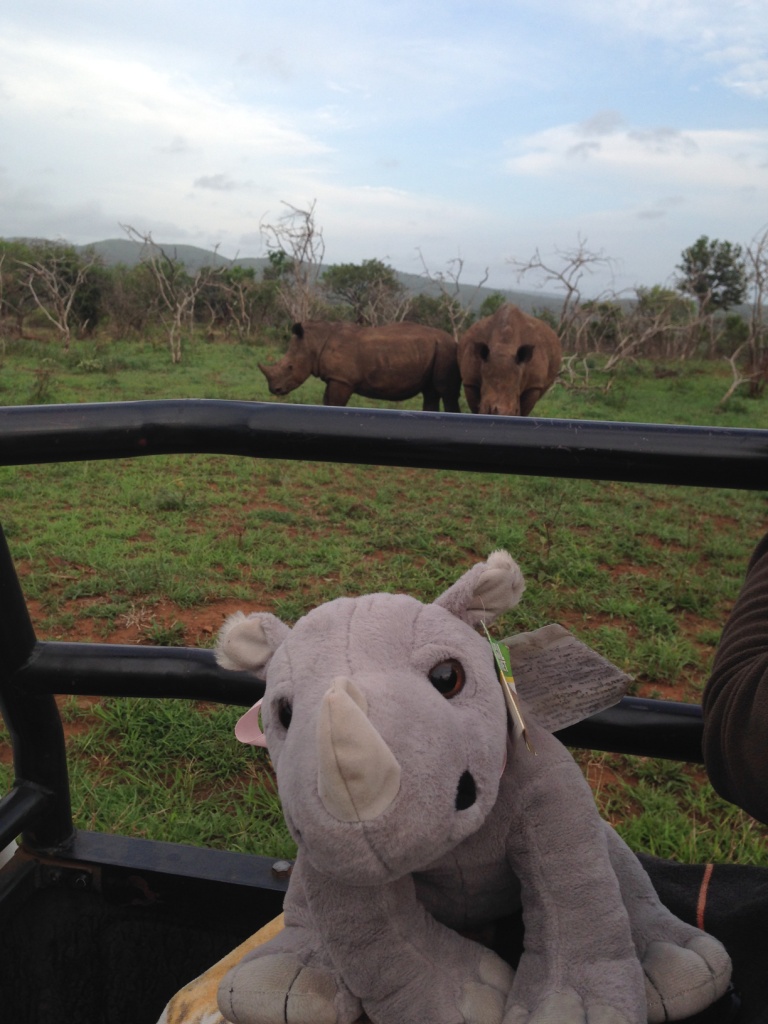 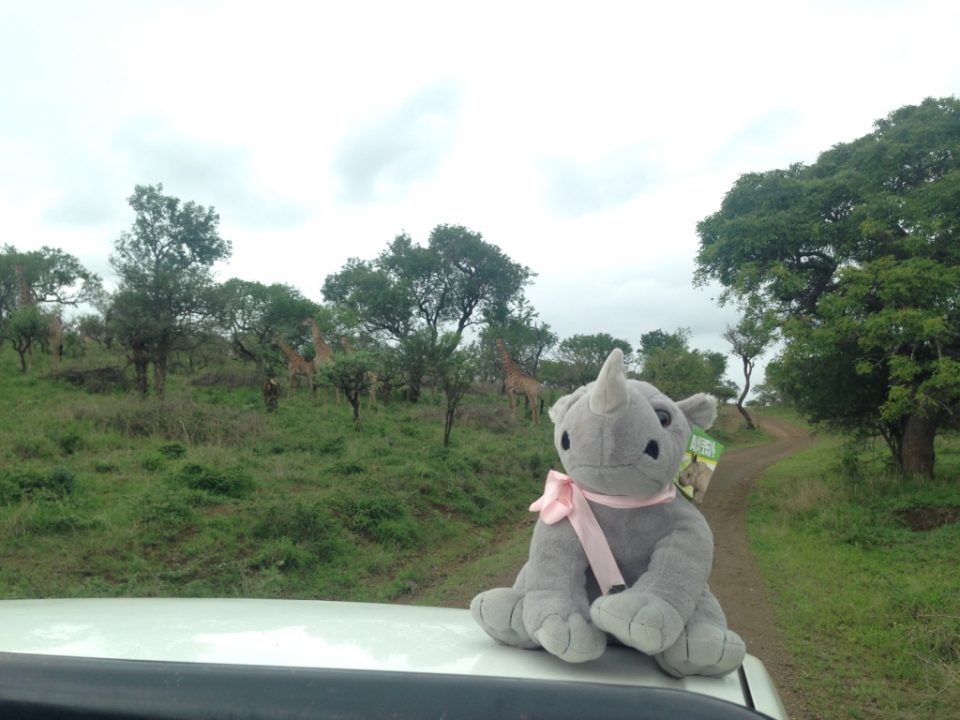 He has even made some new friends, in the form of a guide and his guests from a lodge based in ZRR. Craig is a constant, cuddly and friendly, reminder of the plight of our rhinos here in South Africa, and even though this is a serious subject Craig seems to lighten the mood. 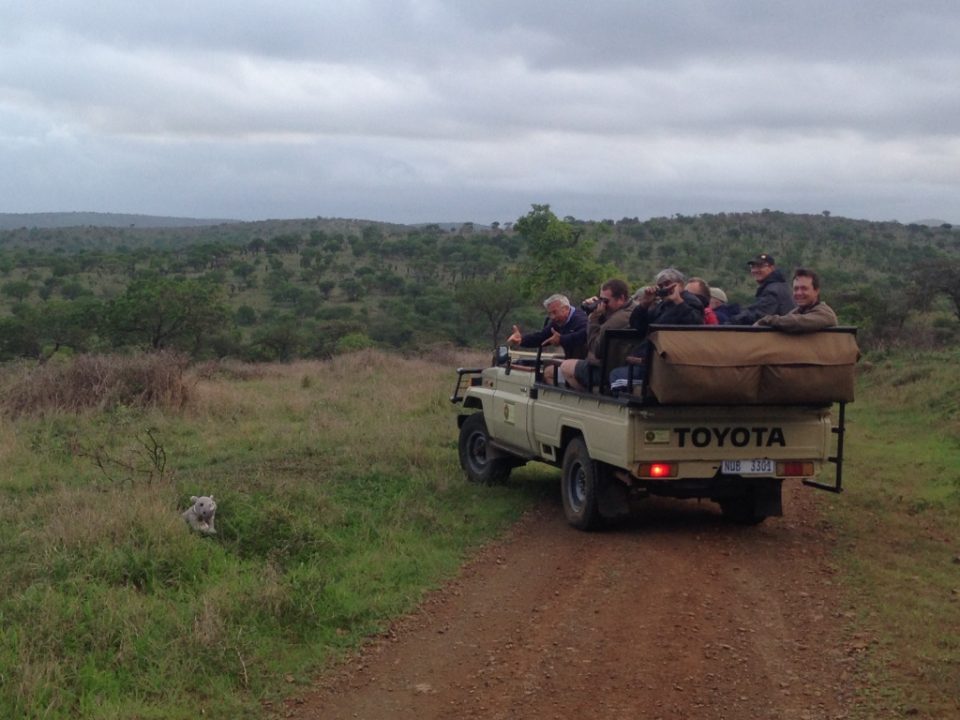 Hopefully Craig the rhino will be with us for many years to come, maybe a little less grey and fluffy, but never the less making volunteers smile and the Wildlife ACT experiences all the more unforgettable. 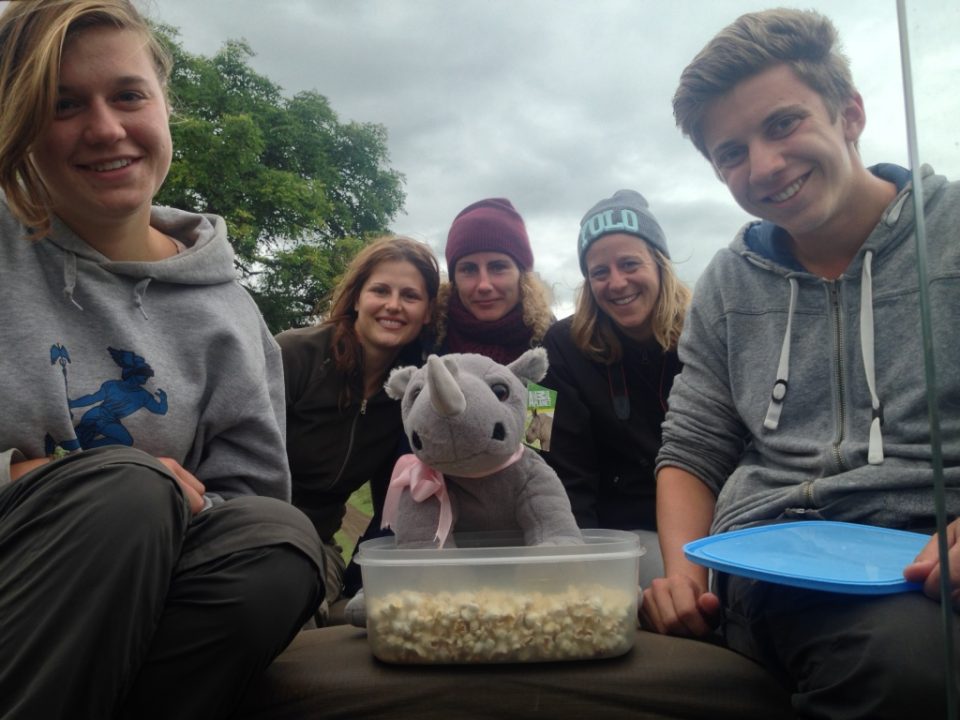