The Wildlife ACT conservation volunteers at both Hluhluwe and iMfolozi have been working extremely hard for the last few weeks, setting up the 30 camera sites for the Panthera Leopard Census in Hluhluwe-iMfolozi Park.

The 60 cameras that are being used for the census are not the same as cameras we have used in the past. This meant that we had to do a number of exploratory tests with them before the start of the census. One of the variables that needed to be tested, was the optimal height and distance to position the cameras from the game path or road along which the sites are placed. This picture was taken by one of the cameras during the tests – of the Hluhluwe wildlife volunteers posing as leopards (Richard Hayward, Jo Corder, Katie Robertson and Ashley Cassano). 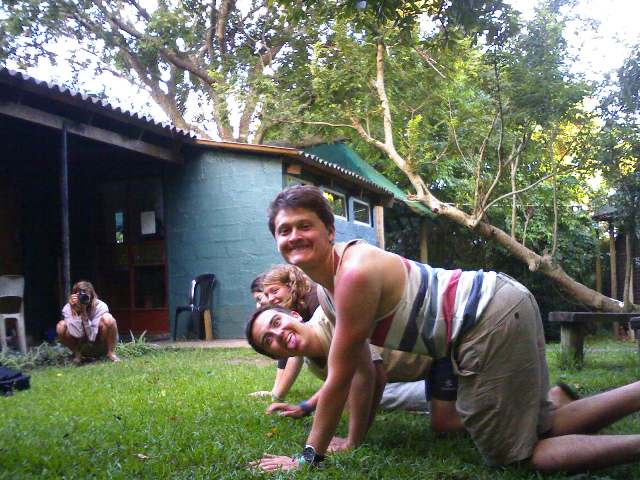 Although the cameras were successfully tested at camp before being set up in the field, we have encountered a few problems with the operation of them when checking them (which is done twice a week). The sites and cameras were completely set up in the field by the end of the 15th of February, thanks to the hard work of both teams of wildlife volunteers. We will, however, only be able to confirm the start date of the census once we iron out the few problems we have encountered while checking up on the cameras. Let’s hope that all is actually good, and that the start date ends up being the 15th!