It was only in July when the last pack of wild dogs in Hluhluwe-iMfolozi Park started to den.

After a gestation of two and a half months, the alpha female gives birth to an average of 10 puppies that are born blind and that don’t leave the den for three to four weeks. It’s only after three months that the puppies leave the vicinity of the den.

Conservation volunteers, Helen Reilly, Julie George, Gabriele Kirschning, and Andrea and Neil Miller, along with Endangered Wildlife Monitor, Antoine Marchal found the nine youngest puppies of Hluhluwe-iMfolozi Park, South Africa. They got to babysit the pups while the adults went out hunting. The next day they were fortunate enough to find another pack with eight puppies – even though the two tracking collars aren’t working. In total, they’ve recorded 33 Wild Dog puppies in five different packs in Hluhluwe-iMfolozi Park.

There are less than 450 Wild Dogs left in South Africa making them the most endangered large carnivore in southern Africa. These new additions are a huge boost to the declining Wild Dog populations in South Africa.
A huge thank you to our Wildlife ACT monitors and conservation volunteers who spend hours tirelessly monitoring these packs to ensure their safety.

To donate to the Wildlife ACT Fund, please visit: www.wildlifeactfund.org 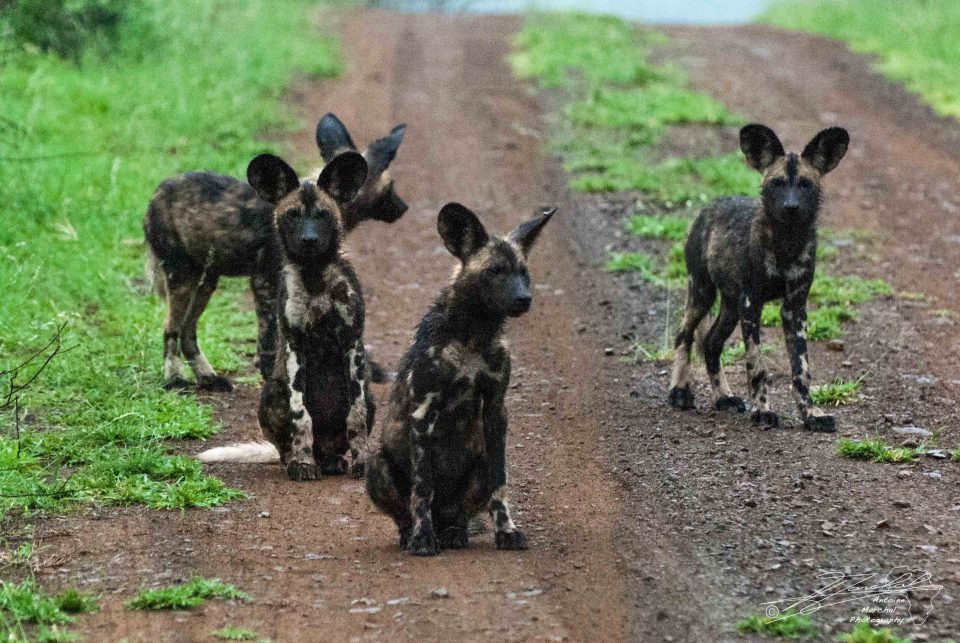