Our Wildlife ACT volunteers encountered this female giraffe in Kwa-Zulu Natal supplementing her diet by chewing on a bone. Our first clue to something unusual happening was watching her trying to toss something that was too big to chew from side to side in her mouth.

This behaviour is quite common in giraffe and is known as osteophagia. Animals do this to supplement their diet with calcium and phosphorus that their bodies may be lacking. They will often use bones that are randomly found out in the bush. Osteophagia is more simply known as the “eating of bones.”

Other well-known bone eaters are hyenas. They have extremely powerful jaws and are thus able to crush bone which is then digested. They also have incredibly strong stomach acids which aids osteophagia. 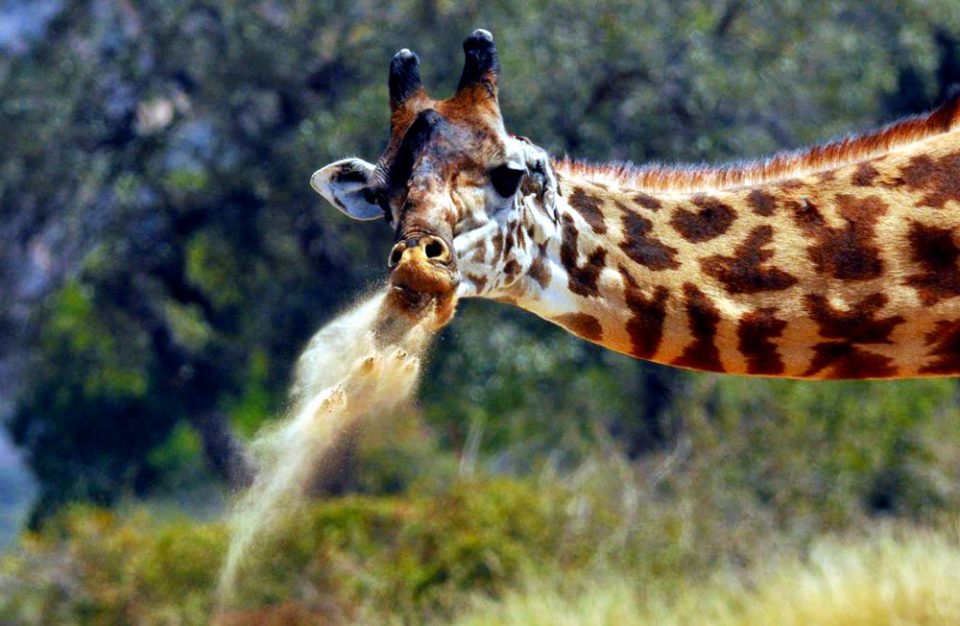 Like many animals, giraffe are also known to consume soil or clay for the same reasons. This is called geophagy and helps animals to acquire essential minerals that their bodies might be lacking, such salt, iron and zinc. Geophagy and osteophagia is very common in mammals – especially ones that rely predominantly on plant food.