To date, Panthera​ (the global wild cat conservation organisation), with support from Peace Parks Foundation and Cartier, have distributed over 15,000 faux leopard fur capes (known locally as amambatha) to members of the Nazareth Baptist (Shembe) Church in South Africa, as part of their innovative Furs for Life Project. The project is seen as a practical and culturally-sensitive solution to addressing the illegal leopard skin trade, and thanks to the support of Shembe leaders, the faux skins have gained increased acceptance as viable alternatives to real leopard skins.

” In southern Africa as many as 2,500 leopards are killed annually for their skins. With fewer than 5,000 leopards remaining in the whole of South Africa, this illegal killing poses a significant threat to their survival. Many leopards are killed so their skins can be used by local religious groups for ceremonial garb. After discovering that Shembe followers were using as many as 15,000 illegal leopard skins, Panthera initiated the Furs for Life Leopard Project in 2013. “ 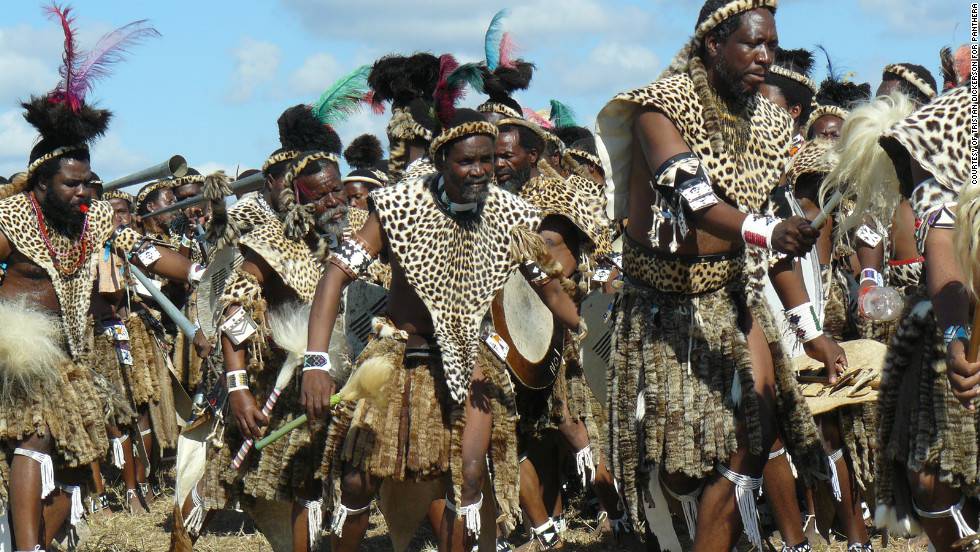 Faux Leopard Skins being worn by the Shembe. Photo by CNN

As a partner of Panthera, Wildlife ACT has been screening the Furs for Life educational video (with Zulu narration) as part of their Kid’s Bush Camp Programme in northern KwaZulu-Natal. More information about this important Community Conservation work, and how you can support it, can be found here.

Throughout Africa, the major threats to Leopard are habitat loss and intense persecution – especially in retribution for real and perceived livestock loss. A rapidly increasing threat to leopards is the poisoning of carcasses targeting carnivores either as a means of predator control or incidentally. The impact of trophy hunting is unclear, but may impact at the demographic and population level – especially when females are shot. Skins and canines are still widely traded domestically in some central and West African countries where parts are used in traditional rituals and sold openly in villages and cities.