All too often in the conservation arena, we are faced with making a choice between two options around Rhino Dehorning, which are both unattractive. Think Donald vs Hilary…

In the province of KwaZulu-Natal (KZN), where Wildlife ACT works on a number of conservation efforts, Rhino poaching is one of the most depressing and pressing issues. Rhino reserves are faced with astronomical security costs, which are above and beyond any of their expectations when many of them embarked on reintroducing Rhino to their protected areas. 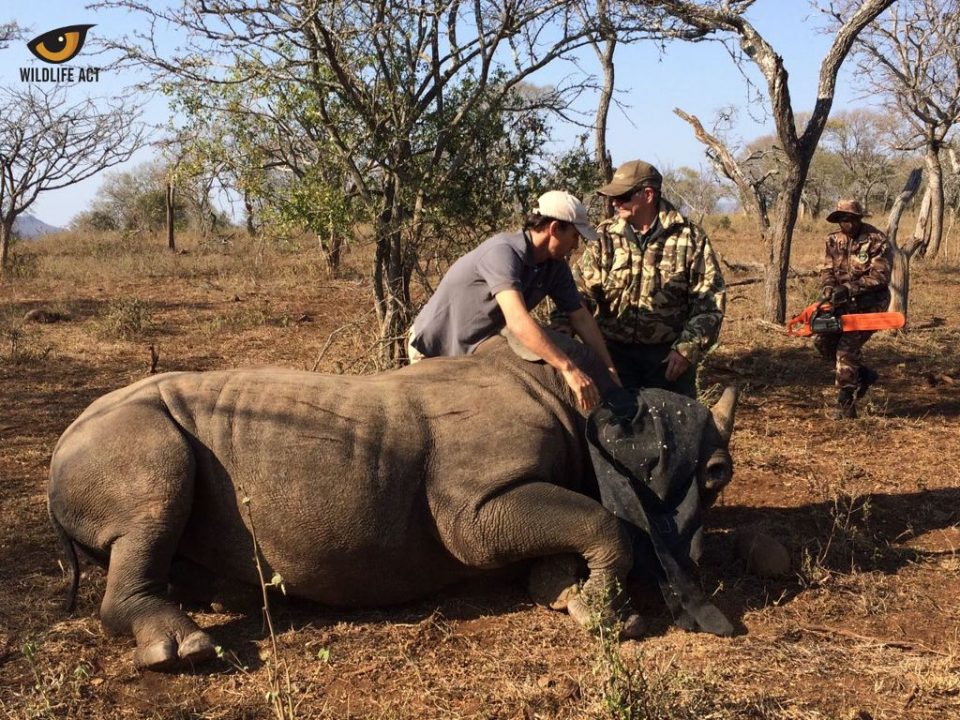 After pouring a huge amount of funds and collaborative efforts into region-wide anti-poaching efforts, there was still an unacceptable loss of Rhino from reserves in KZN. An unattractive choice had to be made… lose more Rhino to poachers, or remove the horns from the Rhino ourselves.

Where is Rhino Dehorning Most Successful?

Smaller wildlife reserves and Rhino populations do come with an advantage for the Rhino managers. They are able to better understand Rhino movements and ‘manage the population’ with a hands-on approach. Intense Rhino monitoring is an important aspect of this. This is something which the likes of Kruger National Park, with its immense area and larger Rhino population, are not able to do.

Rhino dehorning is definitely not first prize, but until enough funds are generated and directed to perimeter control of the reserves in KZN, Rhino dehorning is a means of deflecting poachers from these smaller (but just as important) Rhino populations. 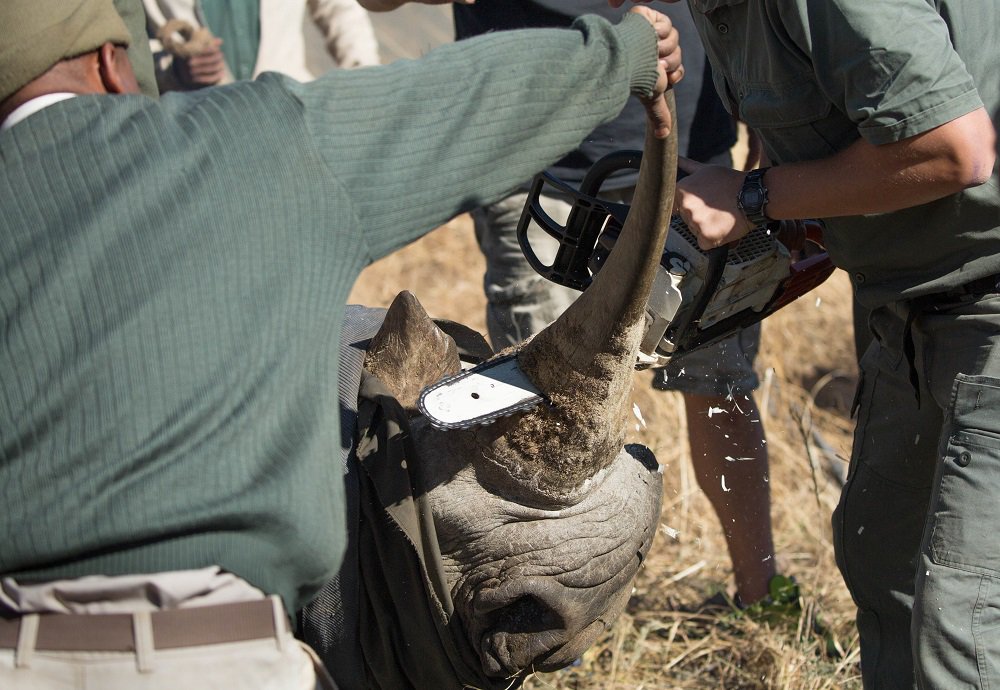 Photo: A Rhino Dehorning in progress.

Does Rhino Dehorning Affect the Animals?

Reserve managers ensure that all Rhino are on an equal playing field, specifically the males who use their horns to fight for dominance. They do so by dehorning entire Rhino populations as quickly as possible. Importantly, conservationists keep up with the horn trimming regime equally across the population, and as frequently as funds allow.

Rhino dehorning may seem like a brutal process, but is always carried out by professional conservation teams, who take every step to ensure that dehorning is done safely and does not cause any harm to the Rhino. It is however fair to say that dehorning is a drastic measure, but has become necessary due to such a drastic poaching crisis. The approach is “no horn, no poaching.” Dr Simon Morgan from Wildlife ACT, and Director Jefe Parrish of the Wildlife Conservation Network, explain the Rhino Dehorning Programme being undertaken by Project Rhino.

“Project Rhino, an association of like-minded organisations established in 2011 that facilitates vital Rhino conservation interventions, is making a national and international call for funding to have approximately 200 Rhino dehorned in KwaZulu-Natal, South Africa over the next year. Dehorning is seen as a temporary measure to prevent the killing of a Rhino for its horn by poachers. It is an ongoing process, as the horn regrows after removal.”

It is important for the public to understand why Rhino dehorning is done, and to help spread awareness about this conservation approach. It is equally important to know that operations such as this is where a major portion of funds raised get directed towards. We thank you for helping to spread this message.

Support our work to Save the Rhino on our Conservation Projects!