It has been quite a chaotic time for the wild dog pack in Tembe Elephant Park of late.

With the alpha female pregnant and looking for a denning site, the pack dug out of Tembe Elephant Park for the first time since re-introduction in January 2011. Despite numerous attempts from Ezemvelo KZN Wildlife staff supported by the Wildlife ACT team, the wild dogs continued to spend a short period outside the reserve and moved just north of the northern boundary into Mozambique. We were concerned they would choose to den there and be in a high snaring area.

Thankfully due to constant attempts to get them back home – the pack returned and have denned in the park and life has returned to normal. Unfortunately some of the pack were snared while outside the reserve, including the alpha male. However, once again due to tireless work by Ezemvelo KZN Wildlife staff, the Ezemvelo Honorary Officer group and Wildlife ACT staff members and wildlife volunteers we were able to successfully remove and treat the snare wounds over the past few weeks. The pack is looking strong and healthy and ready for the new additions – here are some of last years ‘pups’ who are now looking all grown up and happy to be home! 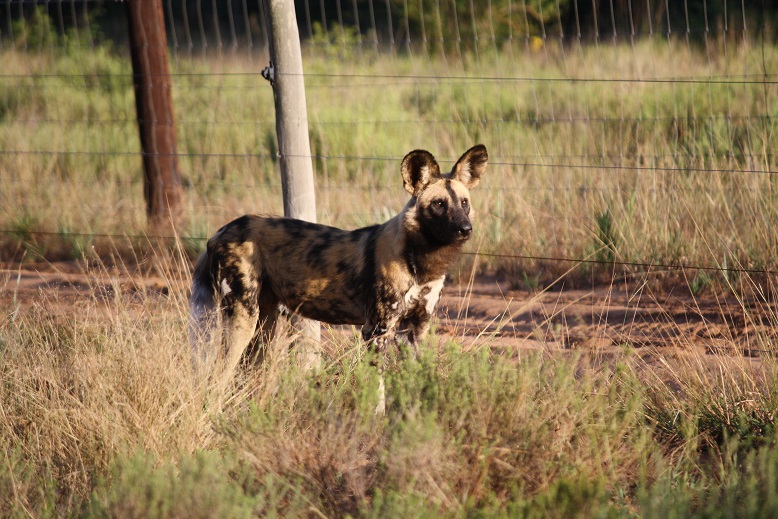 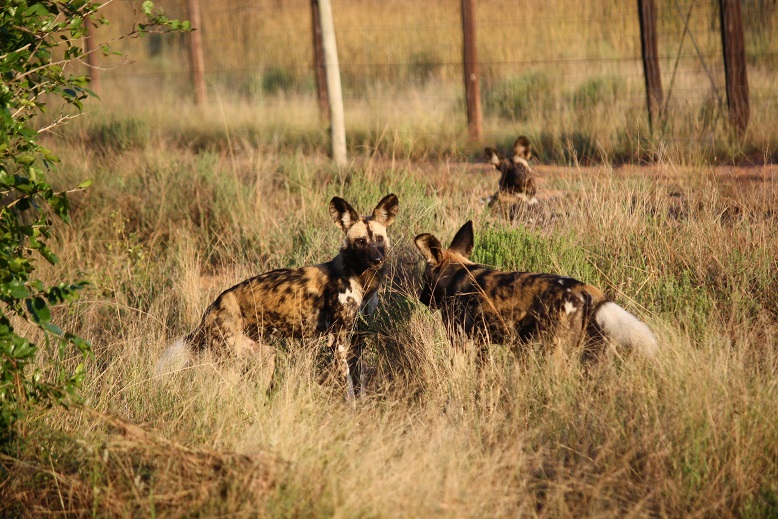