Early on Saturday the Wildlife ACT wildlife volunteers from Zimanga assisted Chris Kelly (Wildlife ACT) and vet Jaques Flamand by darting and capturing five wild dogs from the Zimanga pack and transporting them by vehicle to the Mkuze town airstrip. The wild dogs had previously been placed in a boma (holding enclosure) by vet Mike Toft so luckily it didn’t take long to find them. 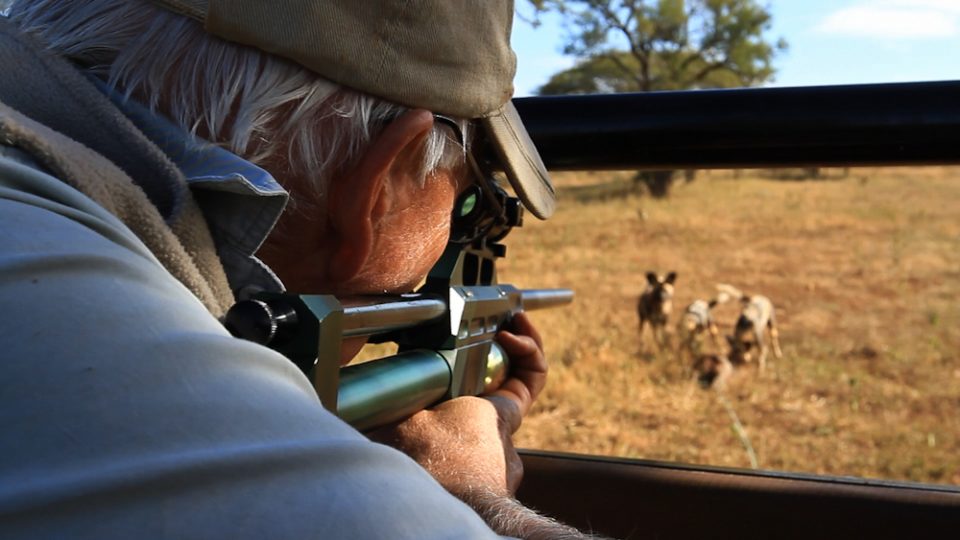 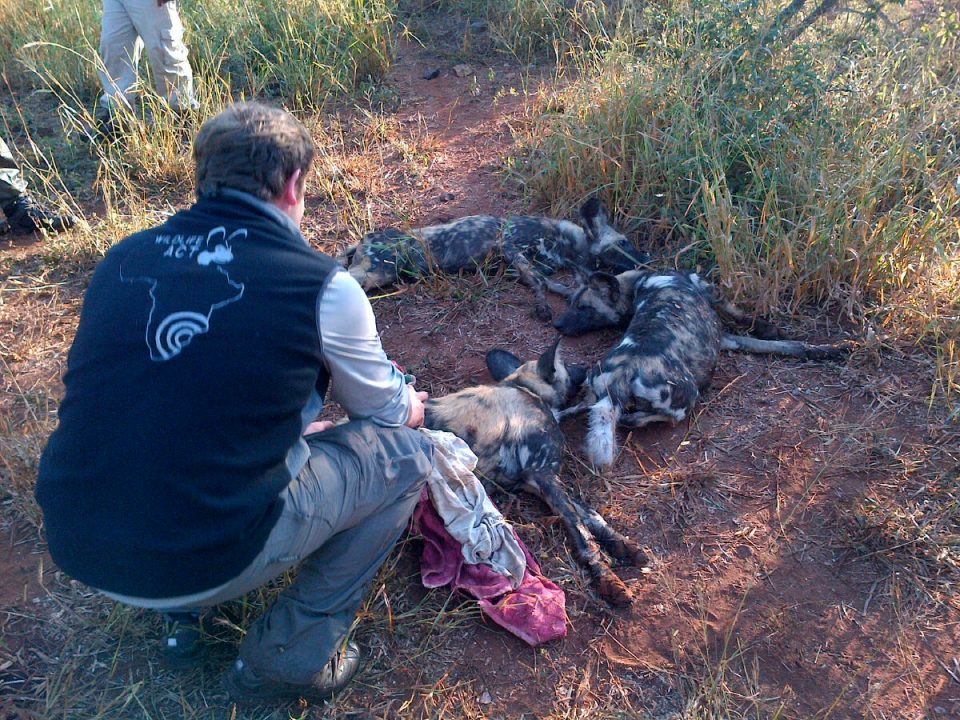 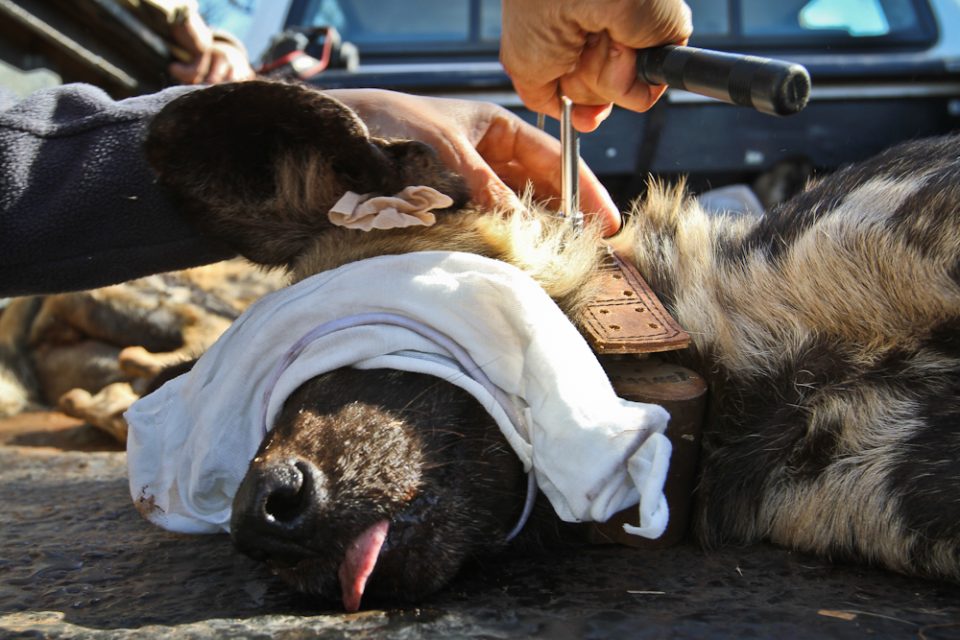 King Air Charter (the kind sponsors of the flight) had arranged for pilot Ricky Talevi and his King Air Beechcraft to be waiting for us at the airstrip. Once the wild dogs were safely loaded onto the aircraft the flight from uMkhuze to Khamab Kalahari Game Reserve took about three hours. 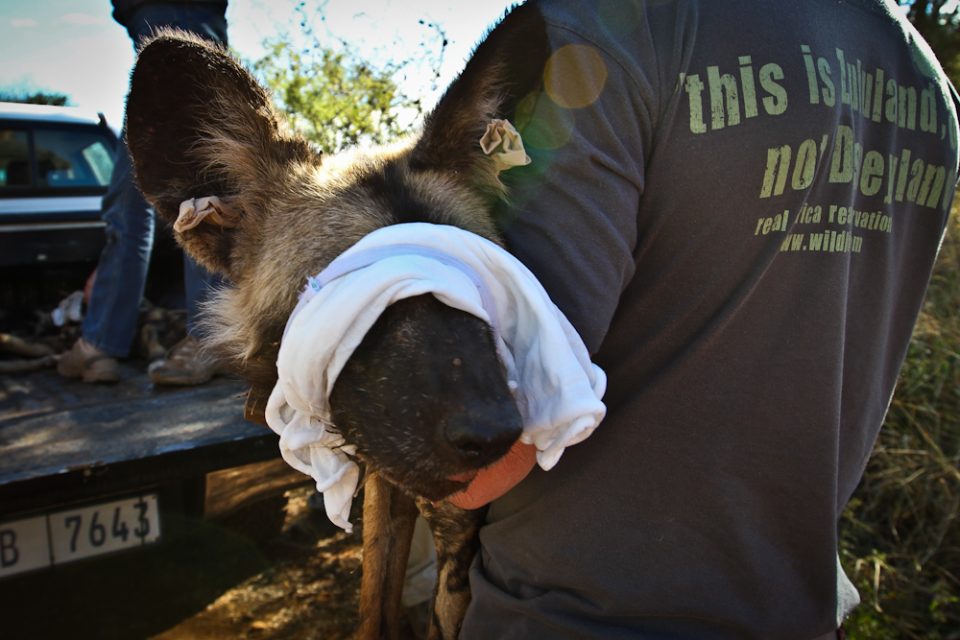 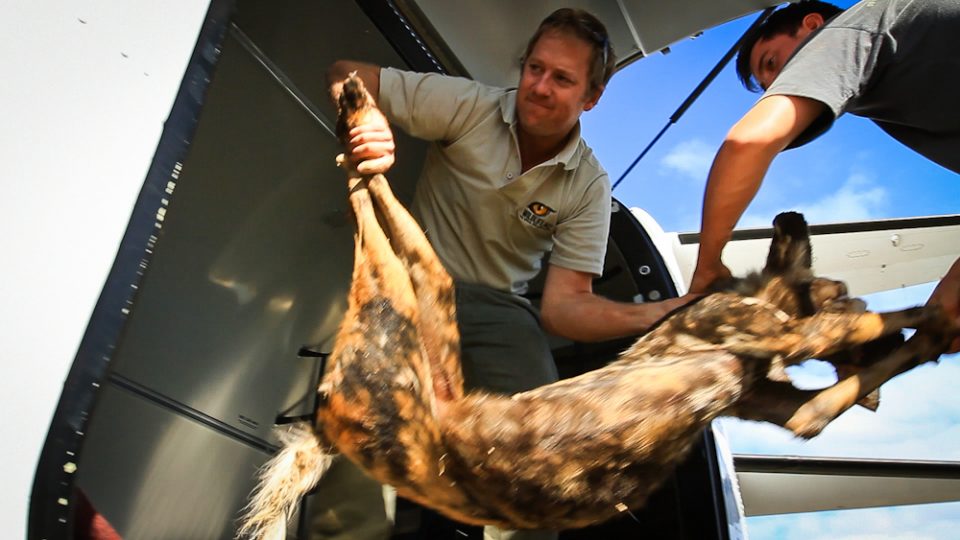 Khamab is a privately owned game reserve in the North West province. They have recently lost a large portion of their wild dogs to canine distemper, thus this relocation was an attempt revive the previously healthy wild dog population on the reserve. 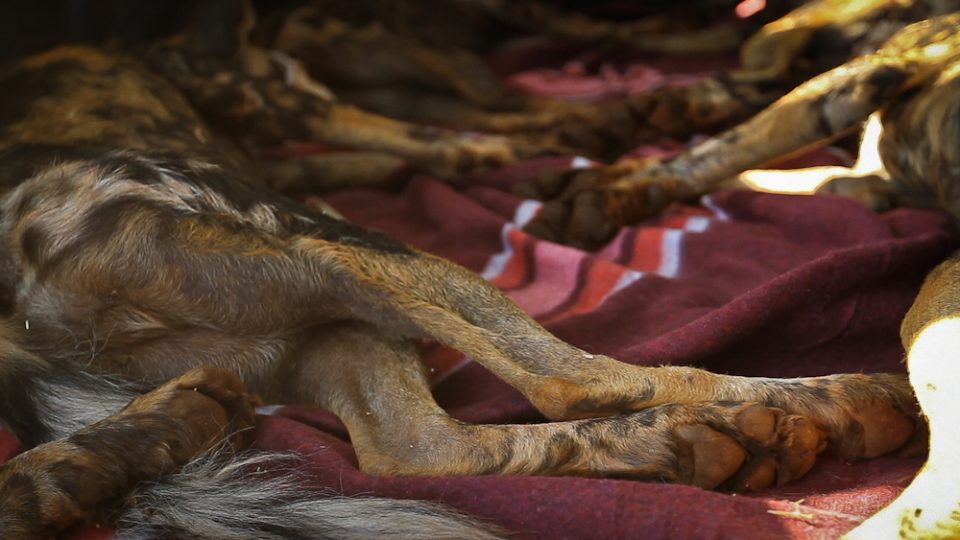 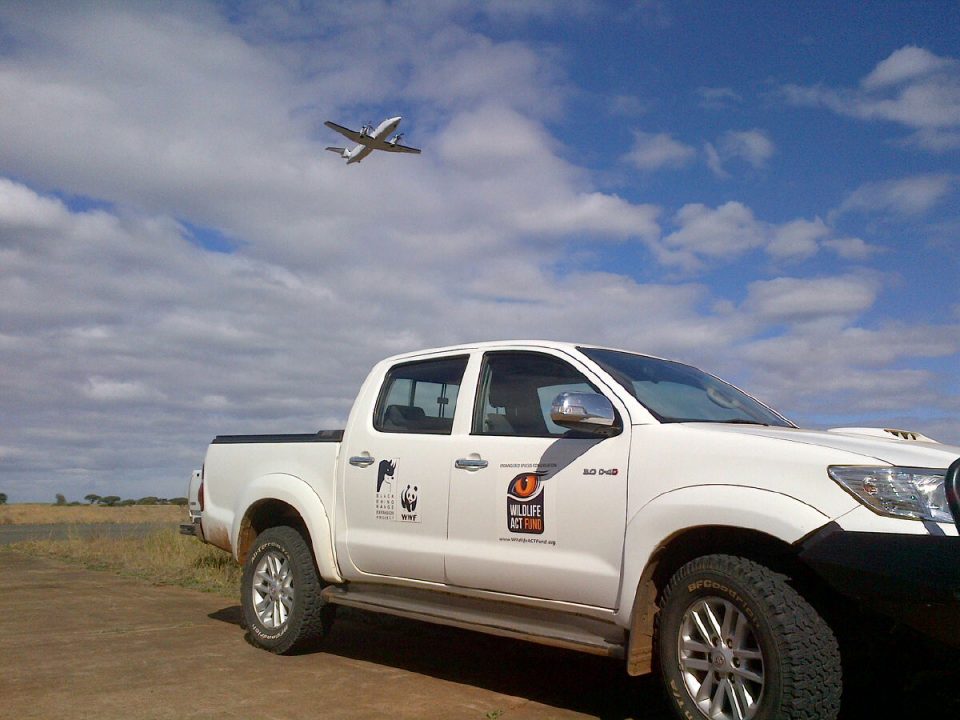 The flight went very well and it was about midday when the team landed safely in Khamab. Upon arrival the team met with Hanno Killian, Khamab’s ecologist, and loaded the precious cargo onto the back of his vehicle. It was another half hour drive from the airstrip to the boma, their final destination for the time being. 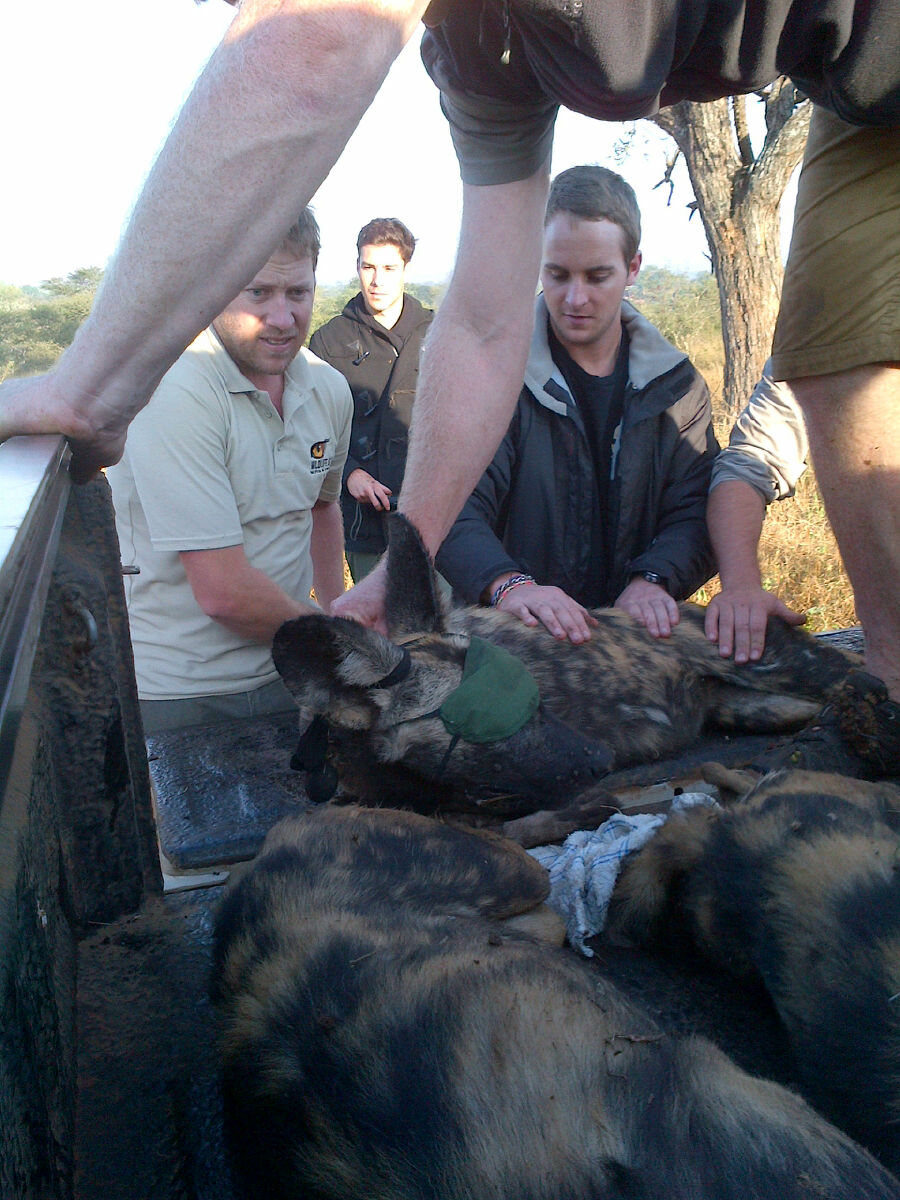 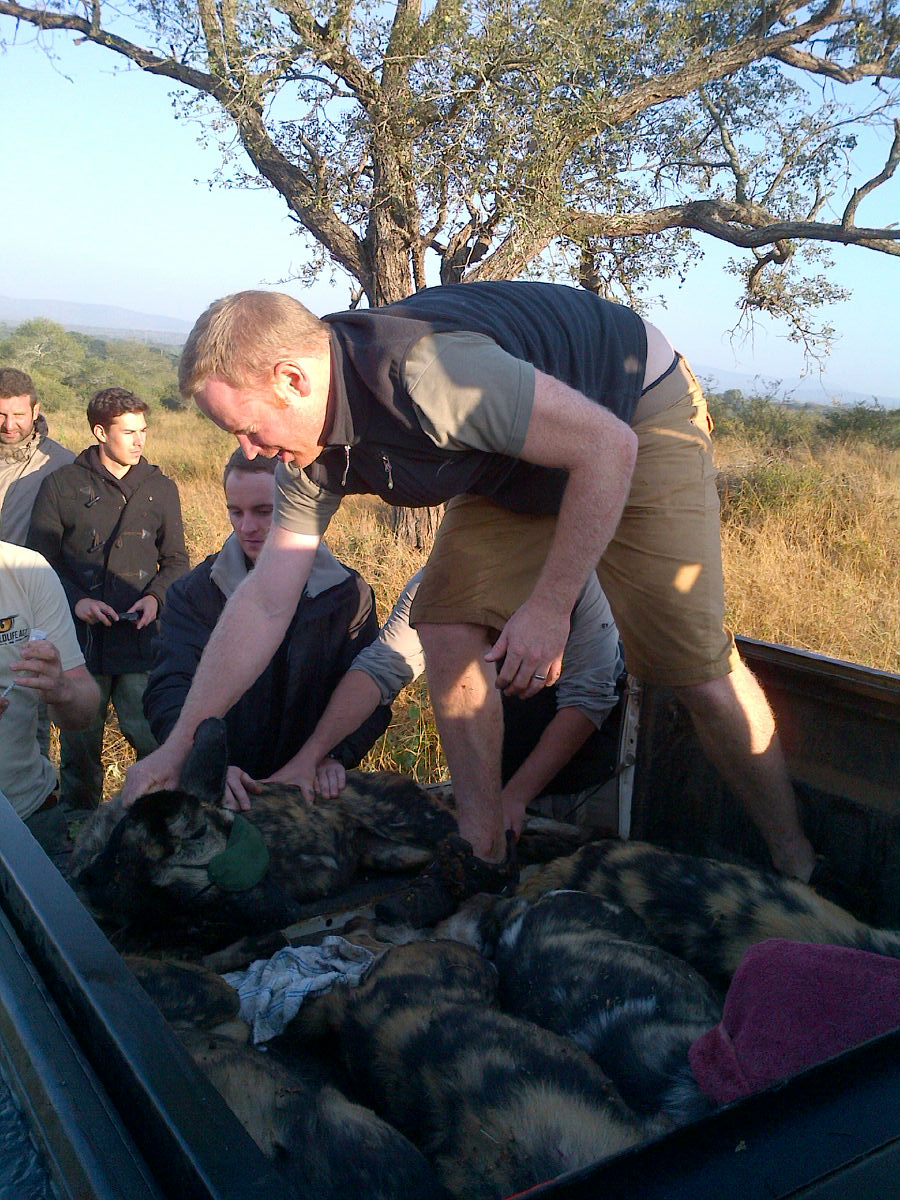 During this time Grant Beverley of the Endangered Wildlife Trust had also captured and transported two male wild dogs from Madikwe Game Reserve. Arriving at much the same time the seven wild dogs were placed in the boma together. The wild dogs were given their canine distemper and rabies vaccinations and left to wake up from their long sleep. This wild dog relocation was complete. 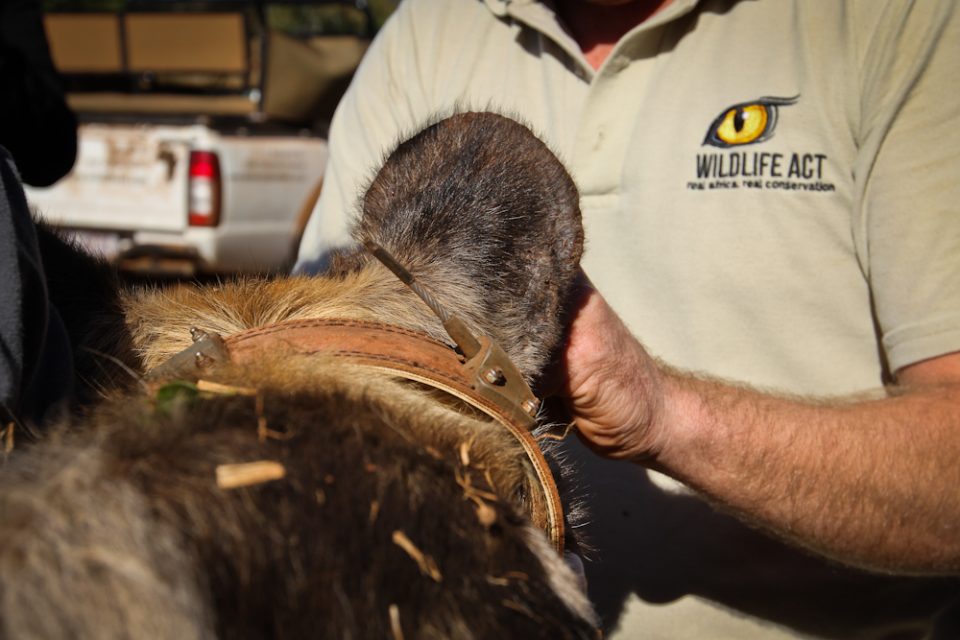 The plan worked well and seven wild dogs seem to be happy and healthy in their new home. Although it is still early days we are positive that these wild dogs will bond successfully and form a strong new pack in Khamab Kalahari Game Reserve.

Thank you to all who were involved in this wild dog relocation and for all the great teamwork!