It all started at 1am on the 23rd of December 2014, a journey which marked a historical moment for Zululand Rhino Reserve (ZRR) in South Africa. The car was packed and ready as myself and the assistant reserve manager, Drew Pollard, started the long drive to Ladysmith to collect our first Wild dog pack. On arrival we joined the vet and the excitement began.

The wild dogs, two males from Zimanga Private Game Reserve and four females from Madikwe Game Reserve, were darted, collared and placed in wooden travel crates, with air vents. The rush continued as we raced back to ZRR. Unfortunately, it was a hot day and we had to stop frequently to cool the wild dogs down by pouring water into the crates and over their bodies. On arrival at ZRR we were met by very excited members of ZRR (managers, guides etc). 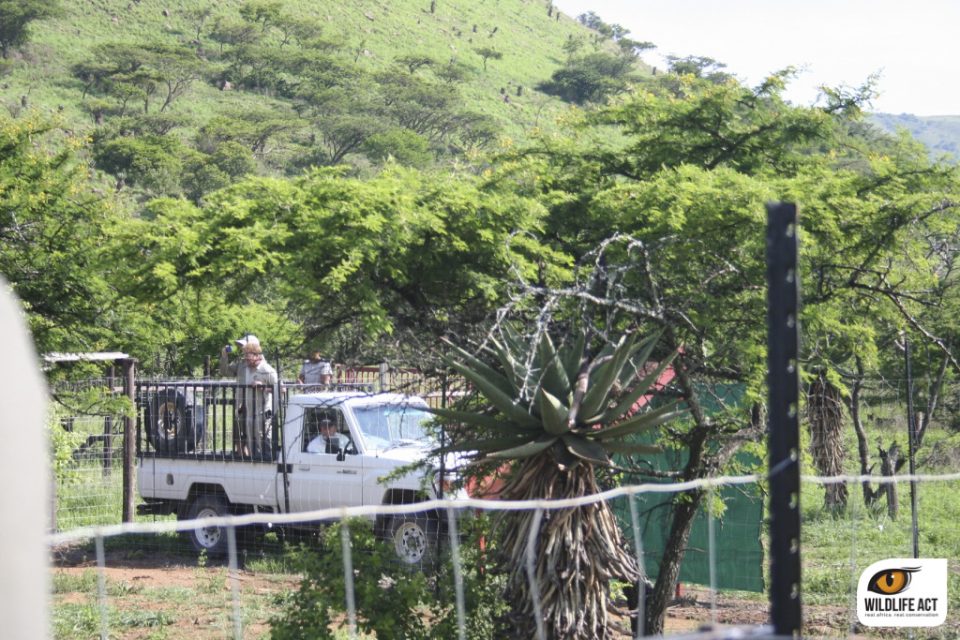 The team entering the boma. 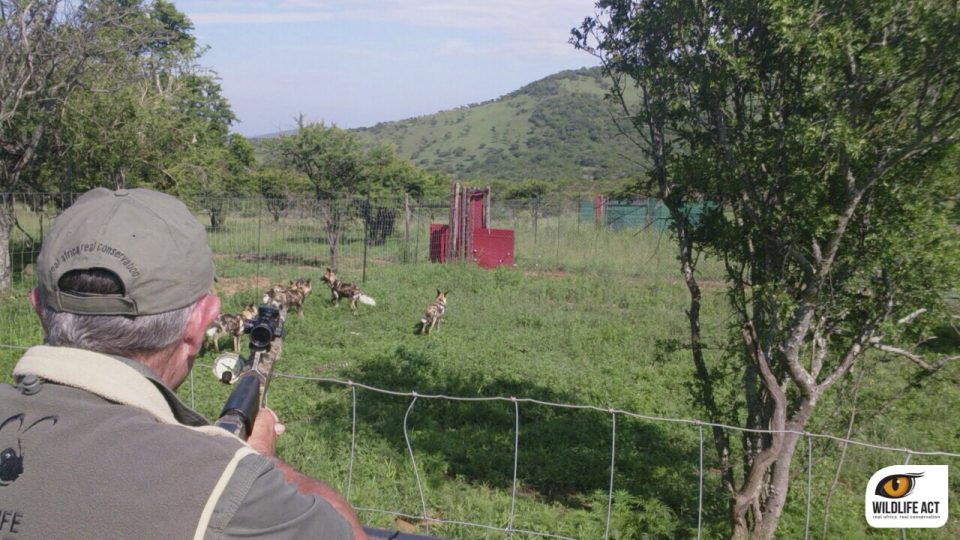 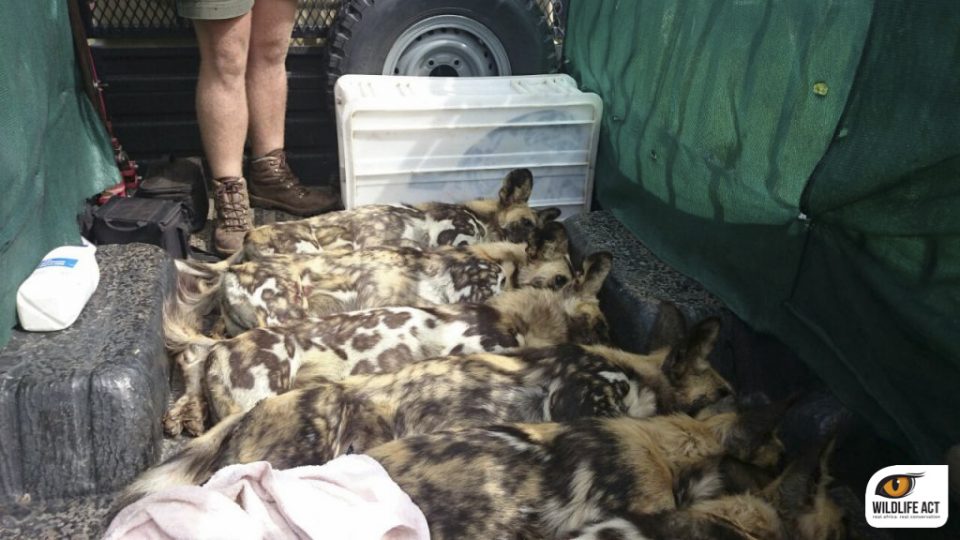 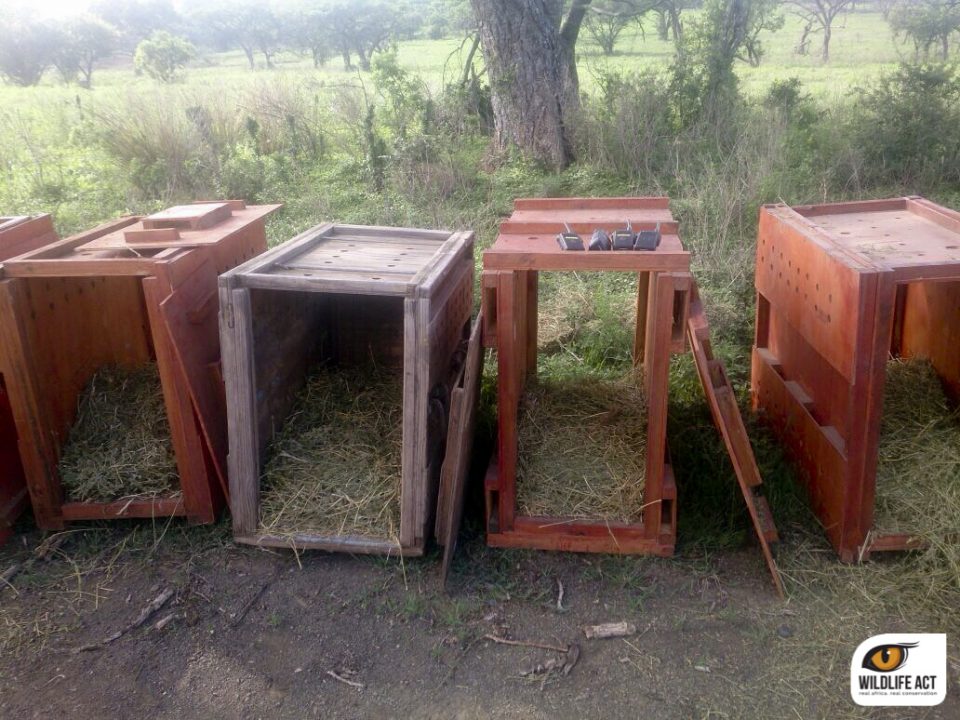 The crates ready and waiting for the Wild Dogs! 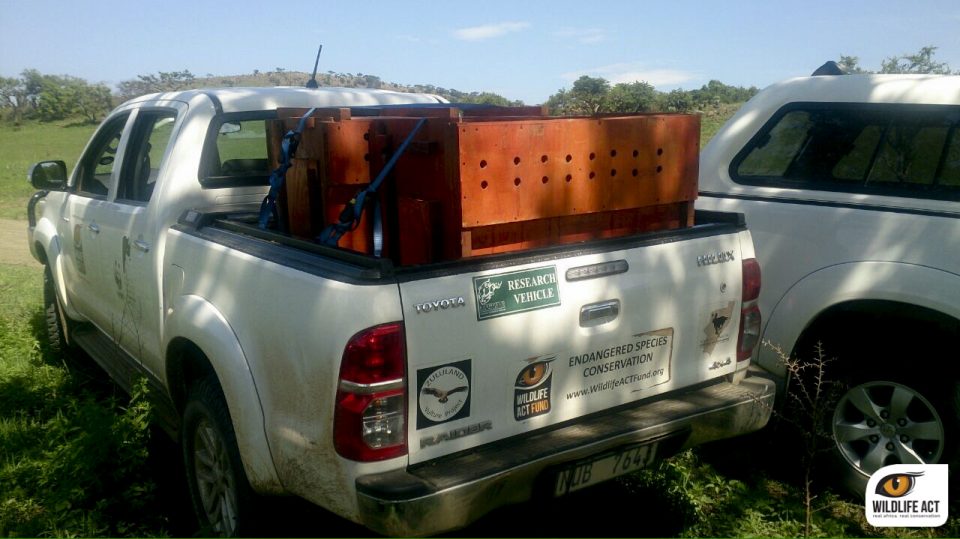 The Wild Dogs in their crates loaded onto the Wildlife ACT bakkie.

The crates were quickly offloaded into the boma, where they will be kept for the next couple of months. A boma is a special holding pen where animals are kept for various reasons such as bonding of a pack of wild dogs, monitoring for injuries and habituation to the surrounding area. We were in a hurry to let the dogs out and once the gate had been closed behind us, we released them.

It was fantastic to see them bolt out of those crates, eager to stretch their legs, greet their pack members and explore their new surroundings. The wild dogs are soon to be released onto ZRR where we all wait in anticipation to see what they will get up to and where on the reserve they will go. 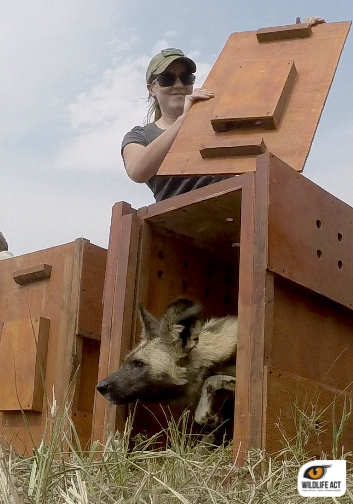 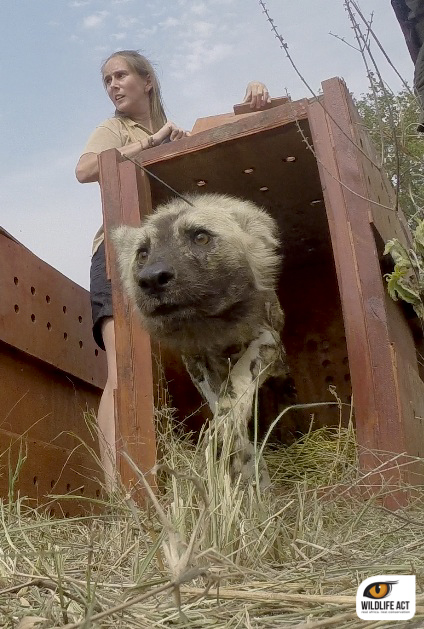 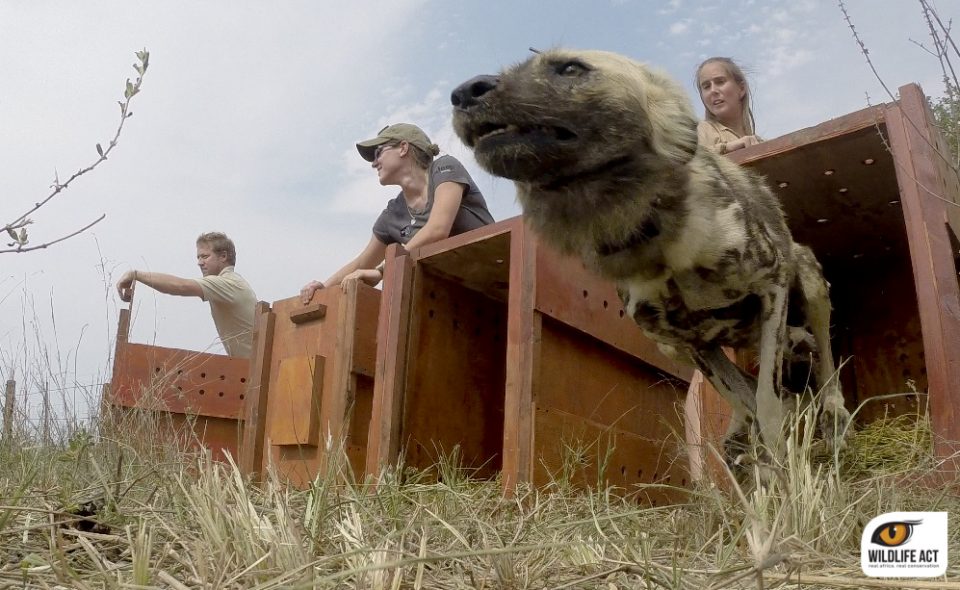 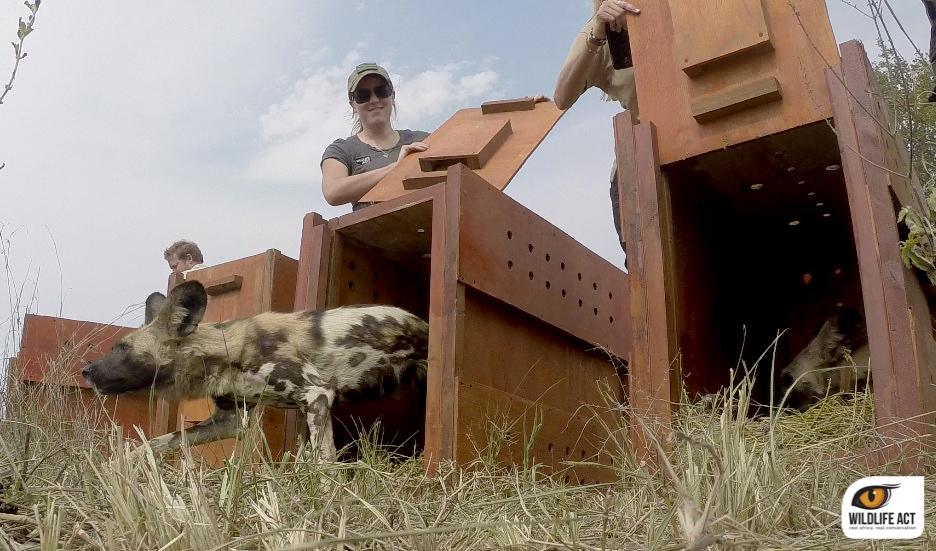 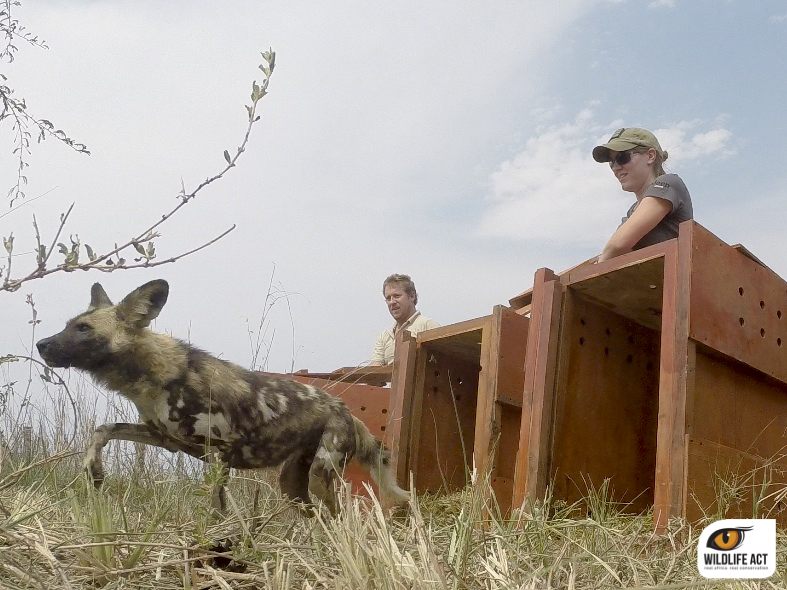