The Panthera Leopard Survey, run in collaboration with Ezemvelo KZN Wildlife and Wildlife ACT, captured this rare and exciting image of an Aardwolf on Ithala Game Reserve – yet again showcasing the value of camera traps in collecting data on some of the most elusive species of the African Bush. 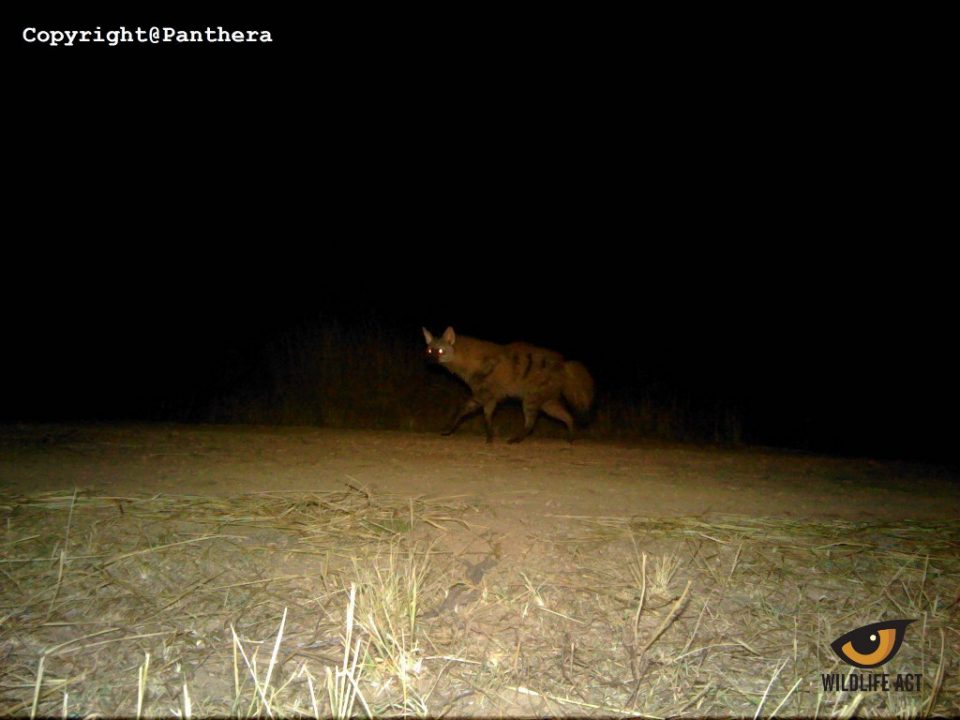 The Aardwolf Proteles cristata (aard means earth in Afrikaans) is a highly specialized insectivore classified under the Hyaenidae family. Aardwolf are medium-sized carnivores (6-12 kg) with a mane of hair along their back and shoulders, which can be raised when frightened or threatened.

Aardwolf distribution is largely determined by the distribution of Trinervitermes termites, which constitute their principle food. This genus of termite gather dry grass, which they take into their underground burrows. Aardwolf forage at night, walking at approximately 3 kph with their head held low, listening for the sound of termites cutting or carrying grass. Once termites are located they then simply lick up the termites with their broad, sticky tongues. Aardwolf are largely independent of water, satisfying their moisture requirements from the termites they eat. 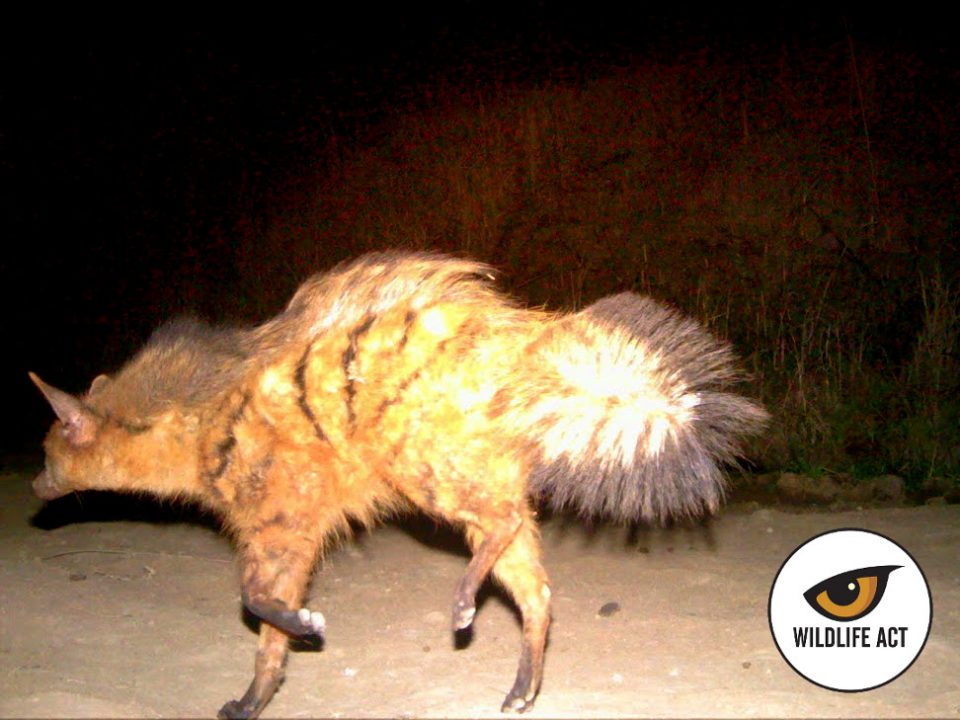 Aardwolf are solitary or live in pairs, with a territory including up to 10 dens but only one or two of these used as regular daytime lairs. They give birth to 2 to 3 young and both parents share in the rearing for the first 3 months. At just 4 months old, the young forage alone but often sleep in the den with their mother. The Aardwolf is fully grown by 9 months and disperses far outside of family range by 12 months.

Aardwolf are currently classified as a species of Least Concern ver 3.1 by the IUCN Red List of Threatened Species.

Wildlife ACT is officially contracted by the international wild cat organisation, Panthera, to conduct Leopard population surveys within South Africa. This involves conducting a number of exciting, short-term Leopard Population Surveys using remote camera trapping survey methods. The survey is the largest on leopards of its kind in the world where we’re working together with provincial parks to help inform management to improve leopard conservation.

Wildlife ACT volunteers assist with the leopard monitoring in KwaZulu-Natal. This involves setting up, maintaining and taking down the cameras at different locations, checking the SD cards and recording data as well as helping with identikits for each animal if necessary. Volunteers also help collate the photographs of non-target, priority species (Black and White Rhino, Elephant, Lion, Cheetah, Wild Dog) for management and monitoring purposes.