All the conservation volunteers at both Wildlife ACT projects in Hluhluwe-iMfolozi Park (South Africa) have been busy with the Panthera Leopard Census. The 60 cameras being used are placed in pairs out in the field, so that each of the 30 sites have a camera on each side of the path or road along which they are positioned (in the hope of getting a photo of each side of the leopard walking past). We’ve had some pretty funny photographs as a result of the census.

This warthog was intrigued by the cameras (seen from the 1 camera), and gave us the most wonderful view of him (seen from the opposite camera) in the process. 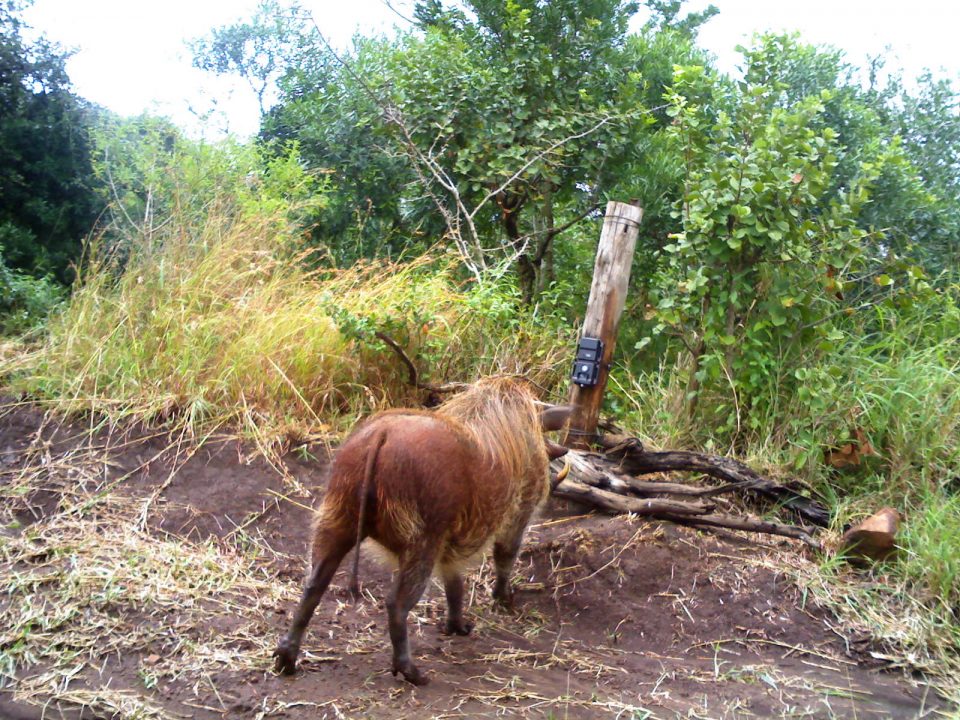 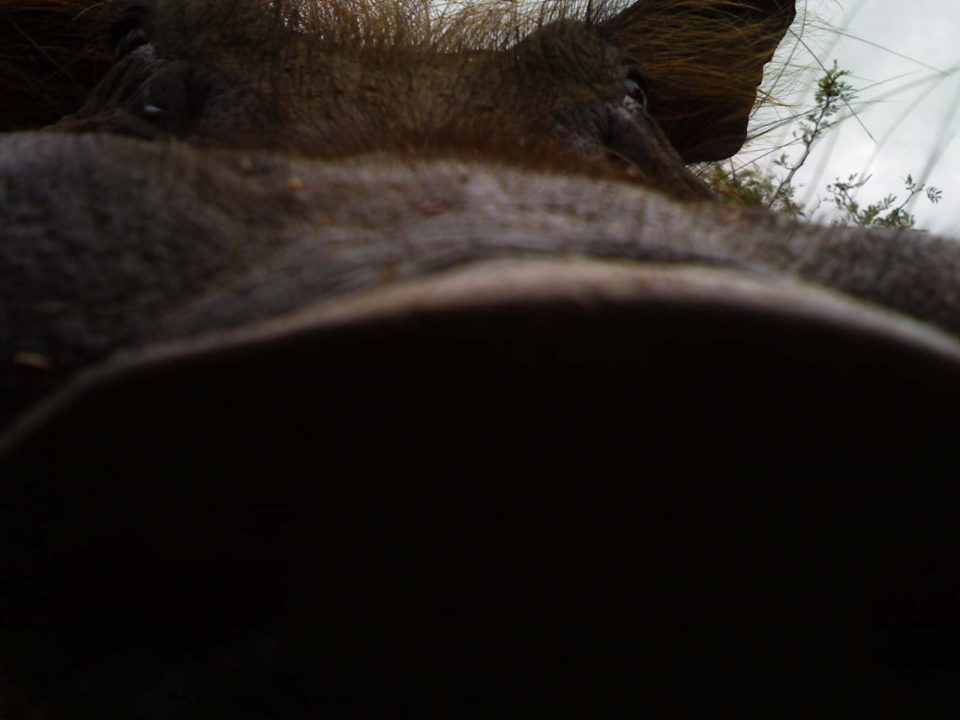 Animals react in various ways to field cameras – some animals smell the cameras and get a closer look, some get a shock when the flash goes off, and some completely ignore them (like this confident Plains Zebra, that decided to have a dust bath directly in front of one of the cameras!). 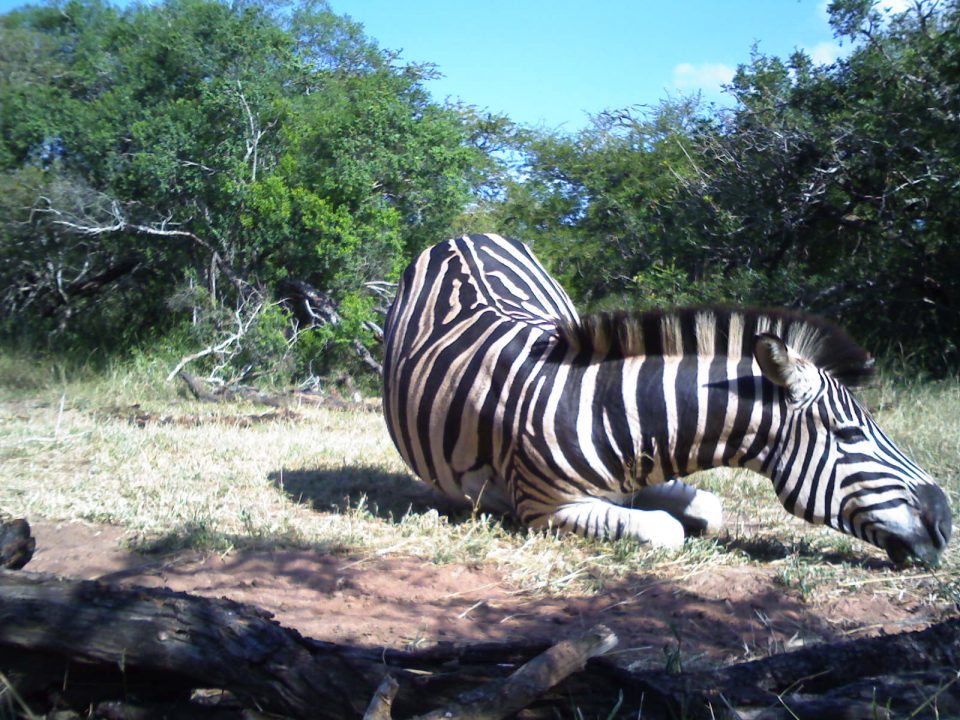 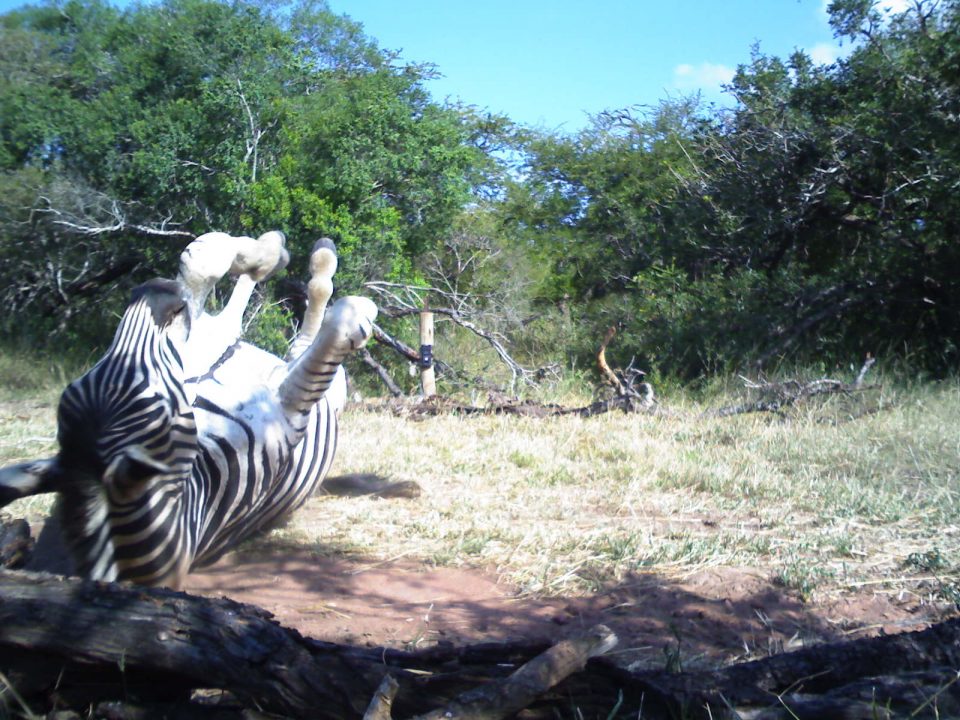