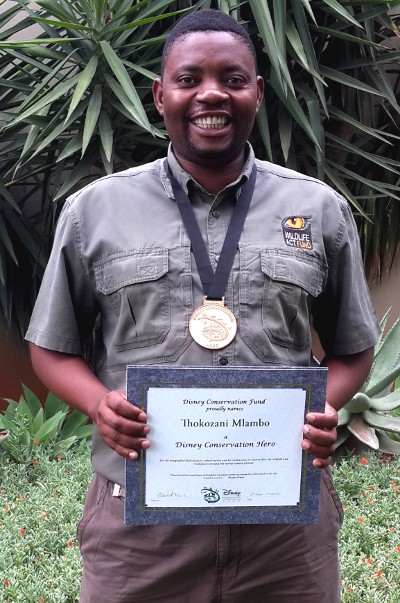 “Thokozani Mlambo is an extraordinarily motivated endangered species conservationist. As a Community Conservation Liason with Wildlife ACT, he works tirelessly, rarely taking days off, to spread the conservation word through his sprawling community of KwaJobe, which sits on the border of uMkhuze Game Reserve,” said Bruce Lombardo – Director of The Sindisa Fund

The Disney Conservation Fund focuses on protecting wildlife and connecting kids and families with nature. Since 2004, Disney has honored more than 100 Conservation Heroes from around the world for their extraordinary conservation efforts.

For information on Disney’s commitment to conserve nature and a complete list of the 2015 Conservation Hero Award recipients, visit Disney.com/Conservation