Sitting with Rafi the rhino (pictured below) thousands of feet above the planet we call home, I finally have time to reflect on the last few weeks and events I have been privileged to have been a part of. With so many conservation issues and challenges at hand, it has been great to rub shoulders with some conservation giants at the Elephant Summit, including Jane Goodall and Iain Douglas-Hamilton, and to realise that there is Hope… 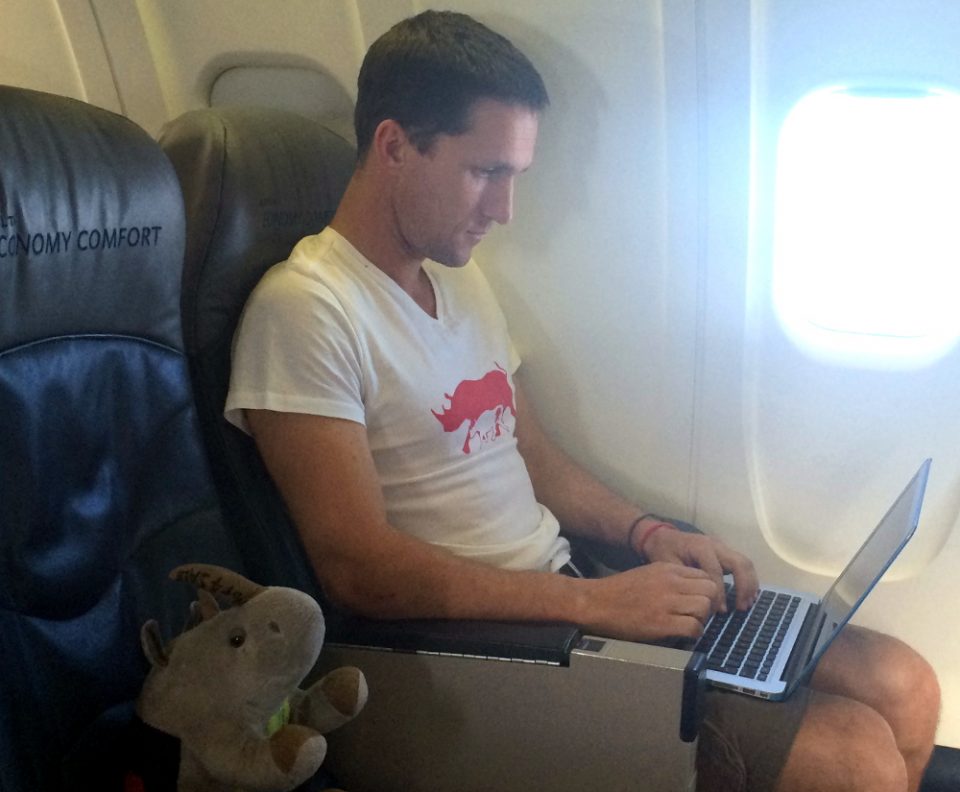 It all started off with participating as a delegate at the World Youth Student Travel Conference (WYSTC) in Cape Town where we hosted a screening of the documentary film Blood Lions with Fair Trade Tourism. Without any support from the event organisers, we soldiered on and screened this eye-opening film anyways, calling on delegates to make time in their busy conferencing schedules.

A nerve was hit, with lots of wide eyes and nervous discussions – it was fantastic. This definitely led the main undercurrent of conversations throughout the conference, with many agents querying the integrity of the projects they were supporting.

During the various sessions, co-Wildlife ACT director, Johan Maree and I, had also pressed all agents to eject all lion breeding / petting / walking projects from their product offering. It was amazing to see large groups coming to the table with this call to action. Let the fight continue to protect the lions of Africa and the volunteers who come here to support real conservation.

It was with this hope for lions and the volunteer industry that I delved right into the Elephant Summit 2015 held at the Jackson Hole Wildlife Film Festival in Wyoming’s spectacular Teton National Park, USA. With a grizzly bear feeding on a moose outside the venue in the National Park, the courageous conservationists who are tackling the Elephant Crisis in Africa (yes, losing more than 100 000 elephants to poaching in 3 years is a crisis…) met to discuss successes, strategies and potential new synergies. 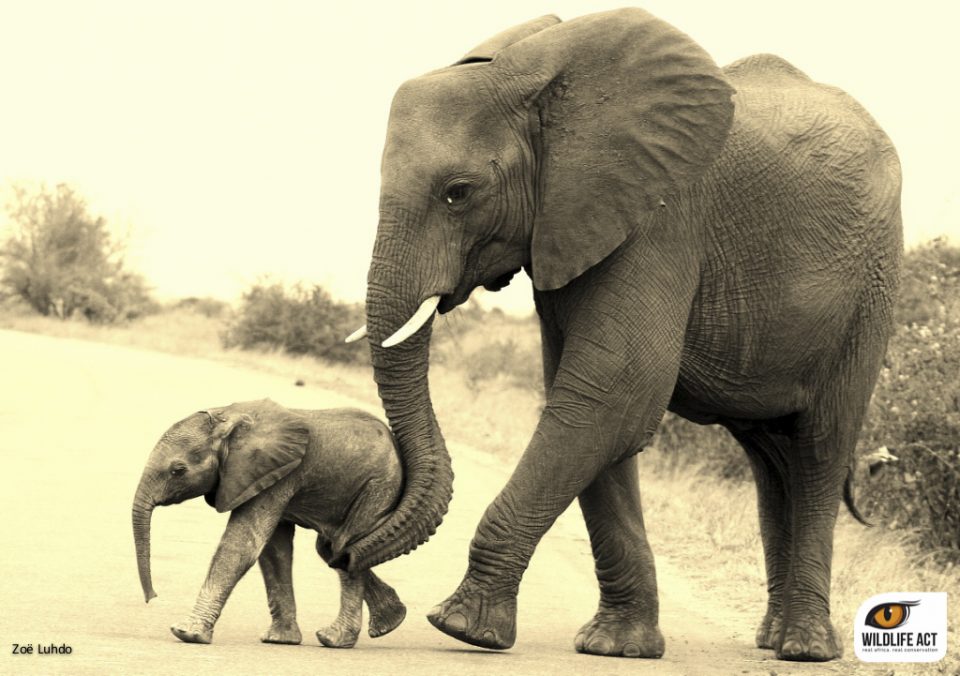 It was among this community at the Elephant Summit that I managed to meet Julie Stein from Wildlife Friendly who has agreed to help develop and promote the guidelines Wildlife ACT has drafted to assist corporates in developing a unique business environment to promote, identify and trade with partners who declare their allegiance to the non-use of illegal wildlife products. This has now landed with the US Wildlife Trafficking Alliance and will be tabled at a meeting in the White House to assist with President Obama’s directive to address the trade of illegal wildlife in the US and abroad.

Furthermore, we will now be working with Julie and the Richline Group, one of the largest jewellery companies in the world, to integrate these guidelines into Richline’s company ethos so as to lead other jewellery makers to take a stance against the use of Elephant Ivory and Rhino Horn in the luxury goods market. It was here at the Elephant Summit that we also got to listen to E.O Wilson, the grandfather of Biodiversity Conservation, who gave us a heartfelt warning to protect this only life-line we have to our own survival that I am now looking down upon – Mother Earth. 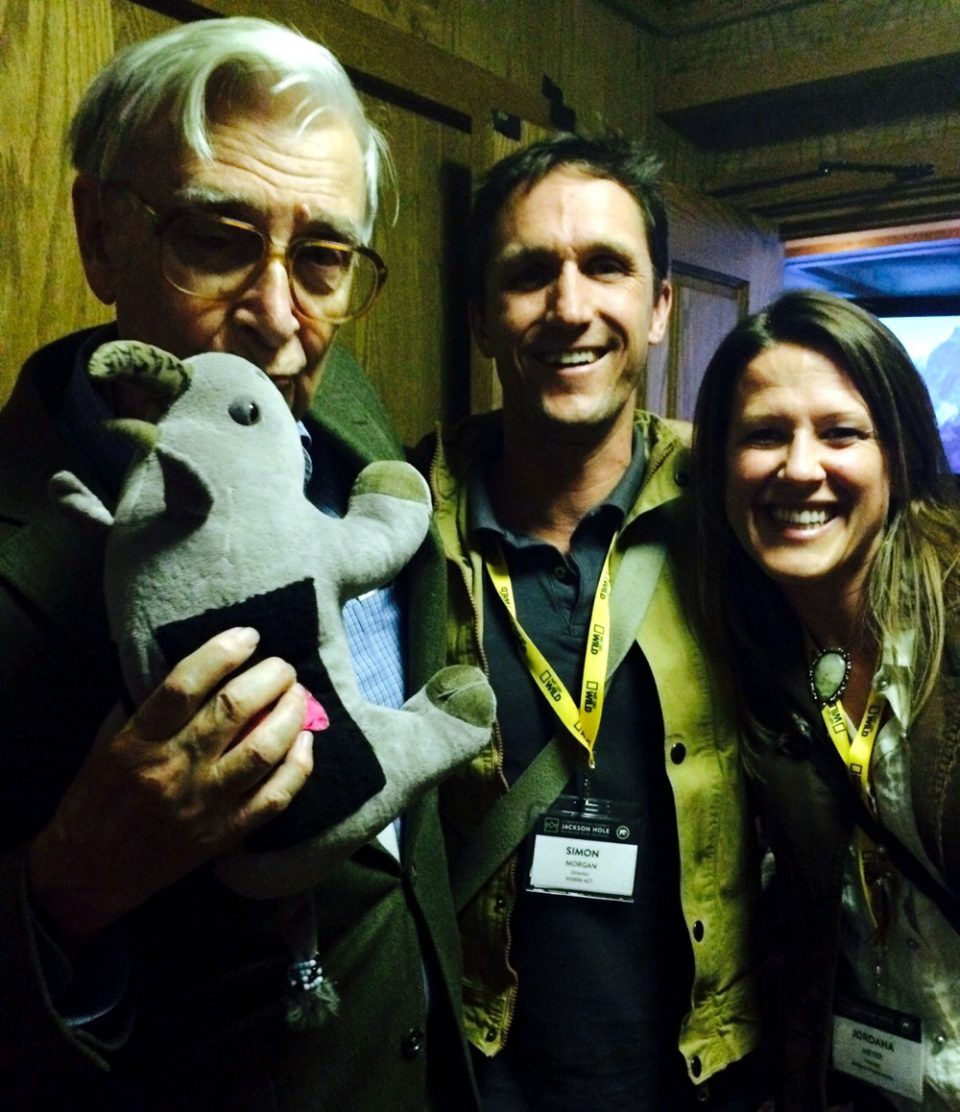 E.O Wilson giving Rafi the rhino an affectionate peck at the Elephant Summit – with Simon Morgan and Jordana Meyer.

His advice: leave 50% of her untouched so that we can survive… His passing comment was about rhino and their current crisis (yes, a decreasing population trend due to targeted, syndicated poaching pressure is a crisis) and it was following this that I made sure to meet him afterwards and ensure that he got to give Rafi the rhino a big kiss.