With a “50/50 save our globe” strategy firmly in mind, I headed into San Francisco’s Silicon Valley to attend the Wildlife Conservation Network Workshops and Expo to talk out about the rhino’s plight, the work of Project Rhino KZN and Wildlife ACT, and to see whether we couldn’t get support around a Rhino Crisis Fund. 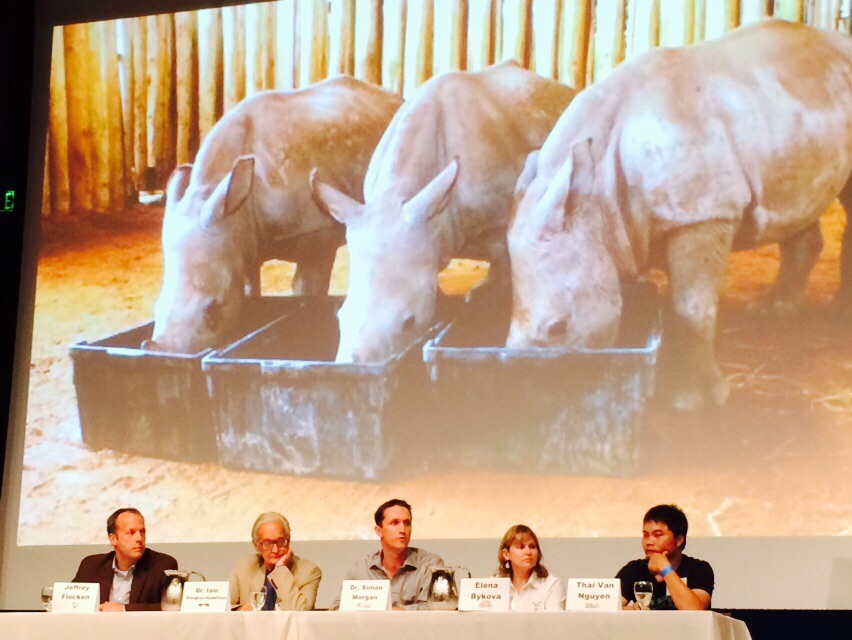 Simon Morgan on the panel at the Wildlife Conservation Network Expo 2015.

It was here that the energy levels really soared. I had the privilege of work-shopping conservation issues and strategies with some of the world’s leading species conservationists led by WCN’s dynamic team. The group of conservationists all agreed that the time spent together really helped us to recharge and realise we all face similar issues no matter whether saving the Spectacled Bear in Peru, the Saigas in Kazakhstan or Pangolins in Asia. 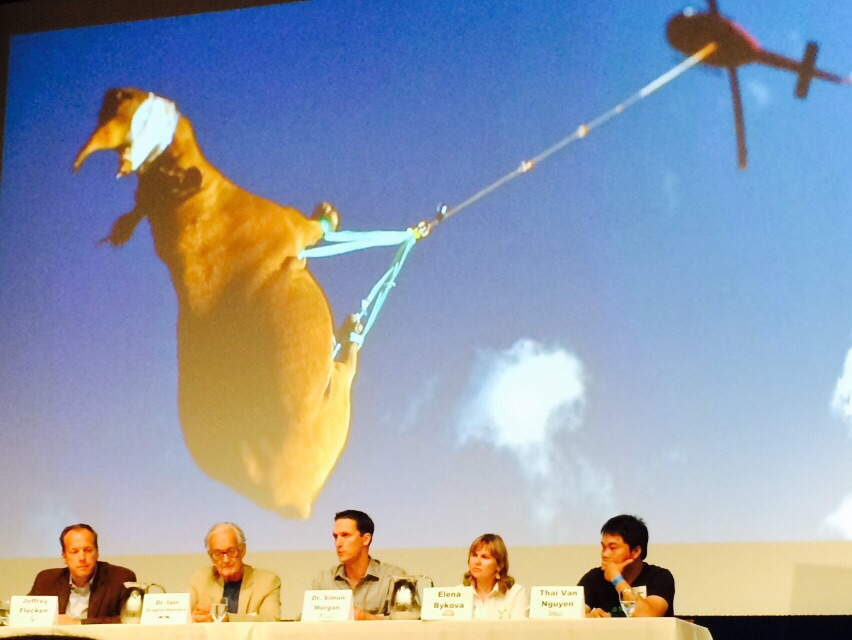 Sitting on a panel at the Wildlife Conservation Network Expo discussing the Illegal Wildlife Trade alongside a conservation icon like Iain Douglas-Hamilton was a little daunting, but his humbleness and interest in others was inspiring. So much to learn from so many, especially from the successes of the Elephant Crisis Fund led by Iain and his team from Save the Elephants. The reception of the Wildlife Conservation Network supporters to the Rhino Crisis was huge and I think there is a wealth of new supporters for the efforts of Project Rhino KZN, even from Jane Goodall and Mr. H, who Rafi (pictured) and I had the privilege of meeting at the Expo! 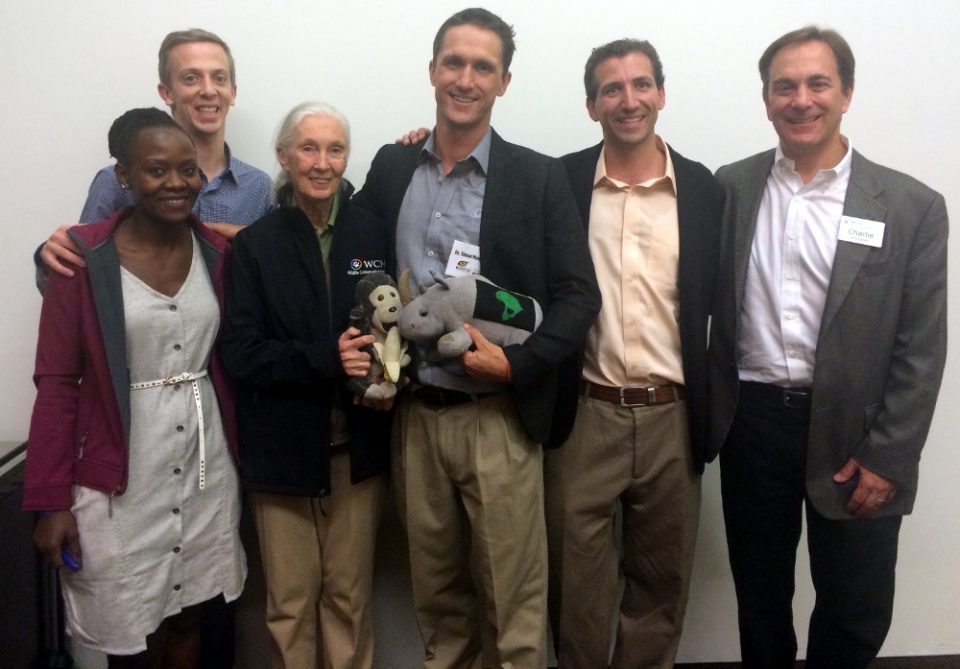 It is with this renewed belief we can make a difference, and inspiration from the successes of these leading conservationists that we fly out from the USA to stride forward to put a halt to the exploitation of volunteers and lions alike; convince the corporate world they need to use their buying power to influence the non-use of illegal wildlife products globally, and for us all to raise awareness around the need for a Rhino Crisis Fund to help the likes of Project Rhino KZN stand fast against the oncoming tide and push back.