The world is a-twitter with the news of the Hong Kong ivory ban – a decision to entirely ban the sale of ivory by 2021 – the result of tireless lobbying by conservation activists in Asia and globally over the last 5 years – a great win! This development comes shortly after the release of the latest annual poaching statistics from South Africa’s Department of Environmental Affairs (DEA), which revealed that there was a slight reduction in rhino poaching across South Africa in 2017 (1,028 – down from 1,054 in 2016).

However, this reduction represents wins being made in the Kruger National Park, traditionally hardest hit; great increases in poaching were observed in most other provinces, specifically within the KwaZulu-Natal province where Wildlife ACT has its greatest footprint. Rhino continue to be lost to poaching in South Africa at a rate of 3 animals per day – not something to celebrate. Particularly significant is that this year marks the 10th anniversary of the ‘Renewed Rhino Poaching’ phenomenon in South Africa, which began in 2007 with 13 rhino being killed. 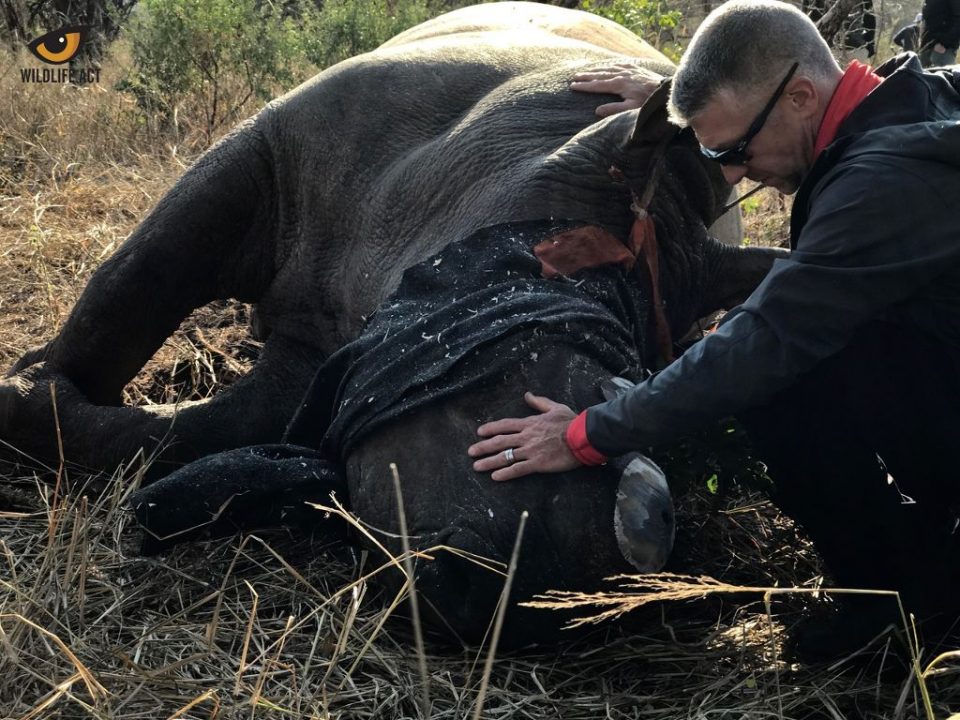 Since then we have lost more than 7,240 rhinos.

Minister Edna Molewa of the DEA also shared dire news regarding the country’s elephant poaching crisis: an escalation from 2 poached elephant in 2014, to 22 in 2015, 46 in 2016 and in the past year 68… This eerily mirrors the trajectory of the early years of rhino poaching in this region. All but one elephant poached were within the Kruger National Park. The below graph projects what could happen to the rhino poaching rates in KwaZulu-Natal and elephant poaching in South Africa without successful intervention – the hope is that the trajectories can be slowed and the down-turns brought nearer. 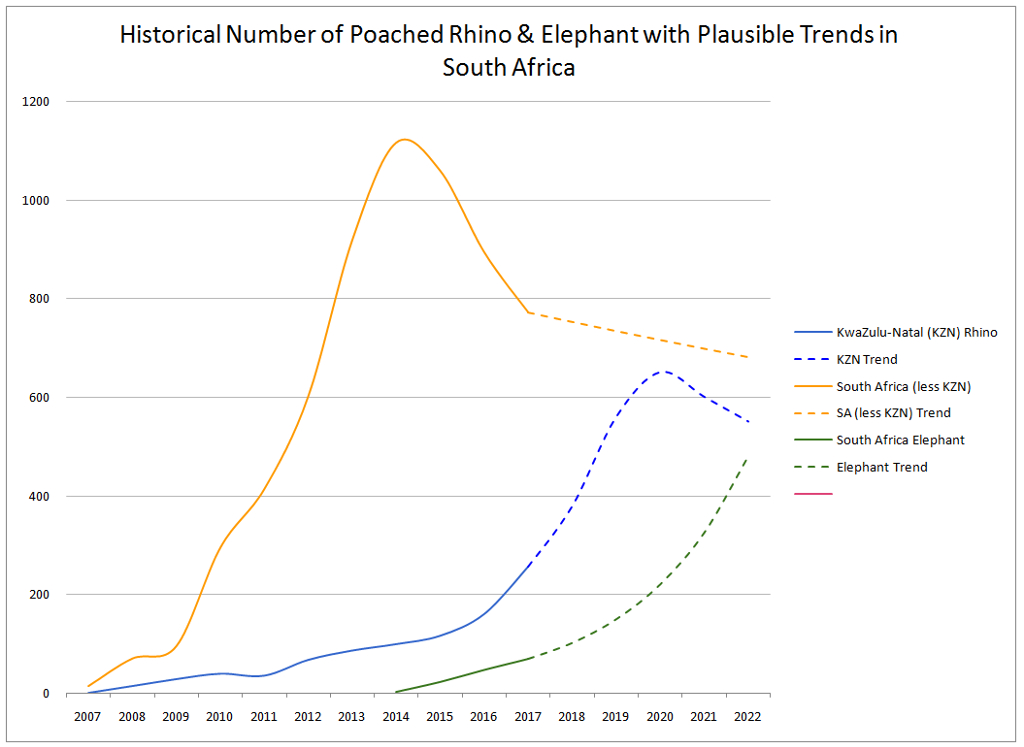 Elephant poaching has seen a dramatic resurgence across Africa in the last decade (with 90 elephant poached per day during the peak), but until recently was always outside of South Africa. With rhino anti-poaching efforts maximized in some regions of South Africa, other regions with dense elephant populations have been left less well-protected to elephant poaching syndicates from further north in Africa and from rhino poachers seeking a new quarry.

Similar reports are filtering in from Botswana, where total elephant numbers counted during the Great Elephant Census show a 15% decline since 2010…. While authorities have been silent on the subject, the perception has been that ivory poaching has been limited and fairly infrequent, and bush-meat poaching has been rampant – but there is speculation that these meat-poaching gangs are perhaps now being pulled into the ‘big league’ of elephant poaching – controlled by syndicates hovering on the borders of the country. Reports of carcasses are piling up.

So where does this leave us?

It is crucial that we applaud the likes of China, the US (both ending ivory trade this year) and now Hong Kong as they acknowledge and recognize the global impact of their citizens’ actions. We need to publicly recognize them as conservation champions, in the hopes that this acknowledgment will elicit support for them from global partners, thus ensuring that these countries have the necessary resources to enforce the bans timeously and effectively.

A ban is only as good as its enforcement.

Who knows? Perhaps with encouragement Hong Kong will even consider enforcing the ivory ban within a year as demonstrated by China and the US, and hopefully the elephant populations of South Africa & Botswana will never need to experience the horrors of widespread poaching. Until such time, we need to persist in ensuring that the people on the front-lines are well-equipped and trained, and that the efforts of our KwaZulu-Natal partners through Project Rhino are bolstered with all the support we can muster.