BREAKING NEWS: A new Painted Wolf pack has been formed in Hluhluwe-iMfolozi Park (HiP)! For the past few months, three un-collared female dispersers from Sokwezela Pack have been seen moving around the park, independently of their natal pack. On 23 August these Sokwezela dispersers were seen with two males – later identified as Brodie’s Pack dispersers. This is an exciting and significant event for the Painted Wolf meta-population of KZN, as it represents a natural dispersal event and genetic mixing without human intervention. 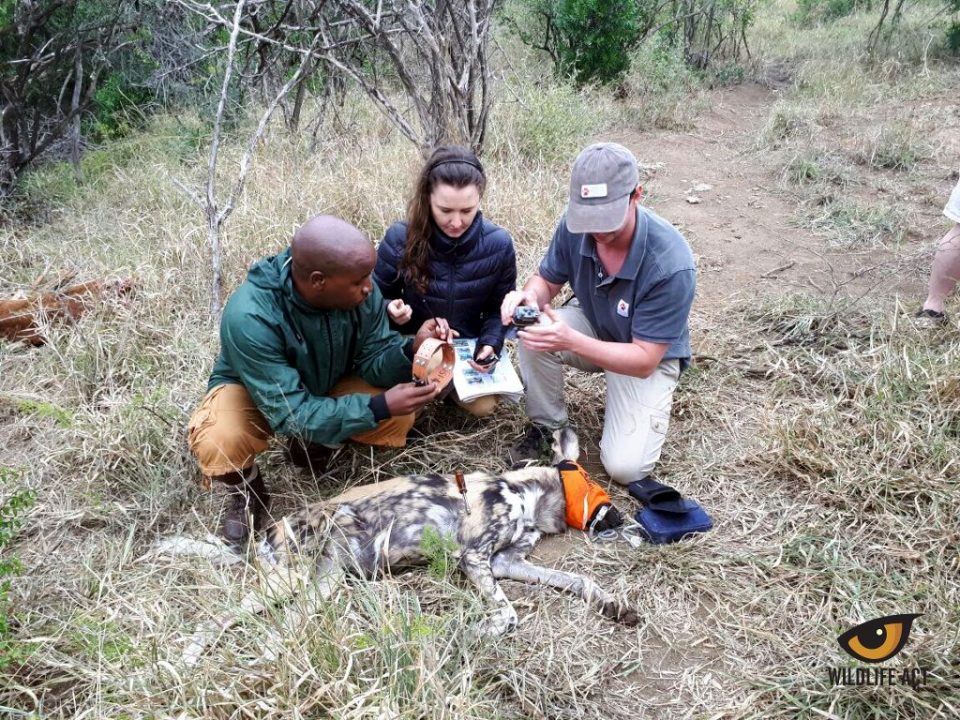 Ezemvelo KZN Wildlife (who manage HiP), along with the Endangered Wildlife Trust and Wildlife ACT, reacted swiftly and successfully and managed to fit a tracking collar on one of the members of this brand new cohort. The tracking collar has a built in radio-telemetry transmitter allowing focused tracking and monitoring of the new pack. 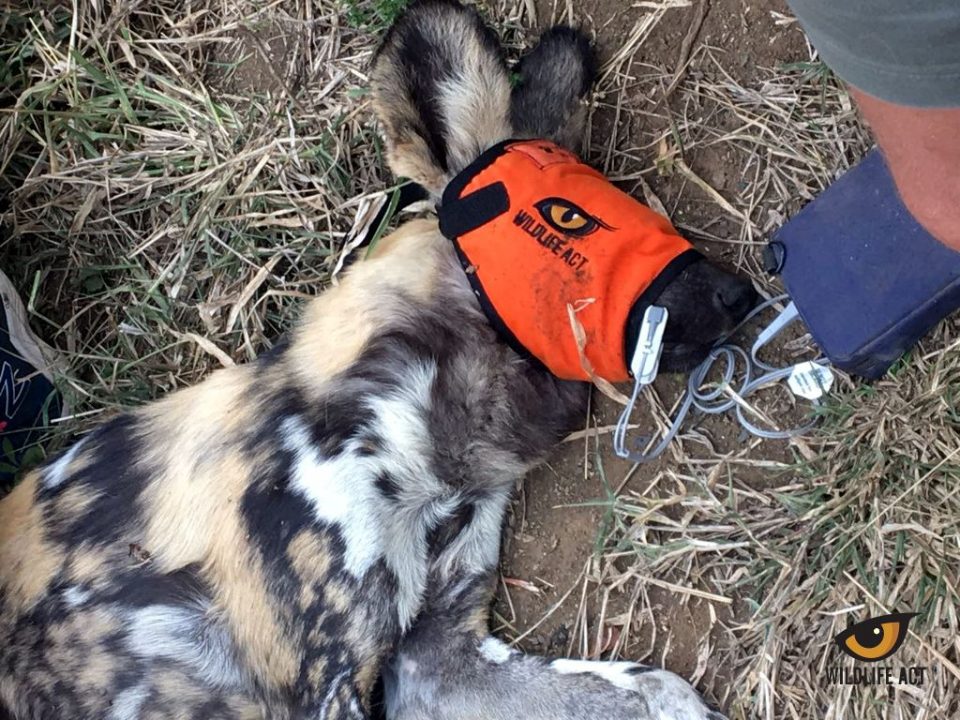 While the Painted Wolf is sedated, its vital signs are monitored closely by a vet and blood samples are taken.

The tracking collar is specially designed to minimize the impact on the animal’s behavior while maximizing the pack’s detectability. We will be keeping a close eye on this pack, and through our monitoring efforts, gather useful information on the pack’s dynamics and development as it establishes itself within the reserve. 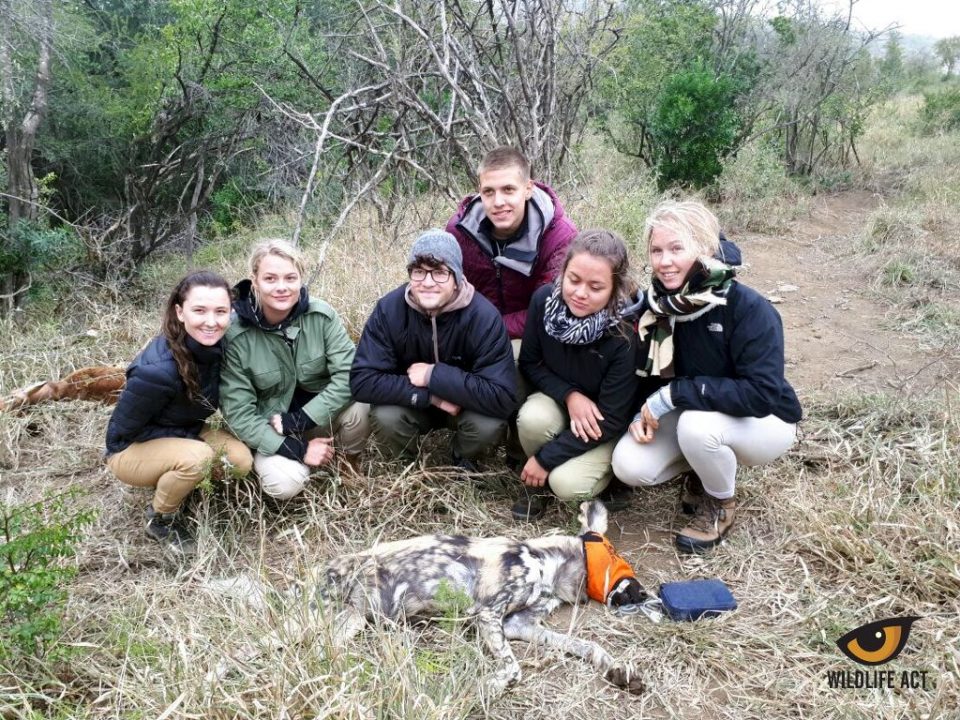 Come and get involved in these important and exciting Painted Wolf conservation efforts!

The Painted Wolf (also known as the African Wild Dog) is the second most endangered carnivore in Africa. In South Africa, we have fewer than 550 roaming our wild spaces and only 39 distinct sub-populations left in Africa. African wild dogs need massive areas to support themselves and for populations to be genetically diverse and sustainable.

Due to their endangered status, African Wild Dogs are our focal species which the majority of our conservation efforts are based around. Our intensive monitoring of African Wild Dogs is done 365 days a year. Our ultimate goal is to reintroduce painted dogs successfully back into their historical ranges and ensure the protection of the population into the future.

>> Learn more about this endangered species.